During the meeting, both sides discussed bilateral relations and global challenges faced by the world 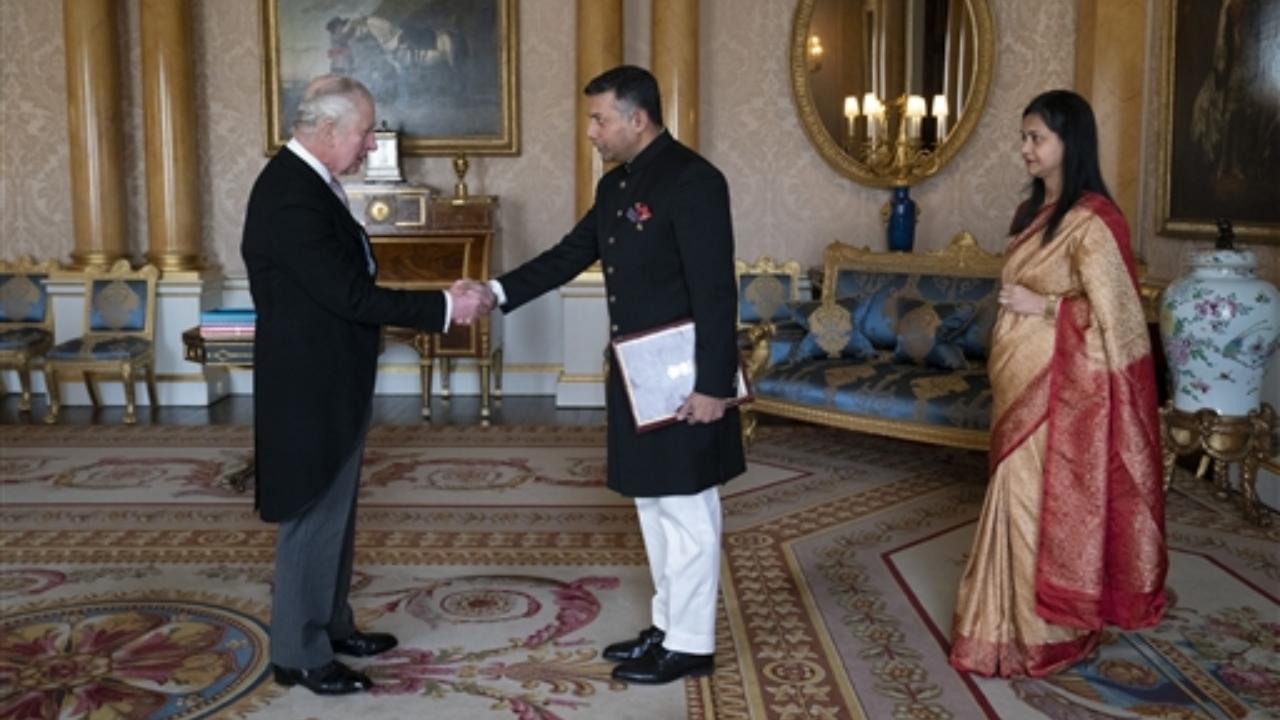 
Vikram Doraiswami, High Commissioner of India to the United Kingdom, on Thursday presented credentials to King Charles III at Buckingham Palace calling it a "very special moment" for him and his wife.

High Commission of India in London tweeted, "HC @VDoraiswami presented credentials to His Majesty the King at Buckingham Palace, after which he hosted a Vin d'honneur. Thanks to @tariqahmadbt and many Indian and UK friends for being there. @MEAIndia @IndianDiplomacy @indiandiplomats."

Vikram Doraiswami tweeted, "A blink of the eye for a great nation. A moment that has and will be repeated by other, better, reps. And yet, a very special moment for my wife and I, as we follow three ancestors to serve with greatest pride, an Incredibly, heartstoppingly, remarkable India."

On December 5, Vikram Doraiswami announced that India is all set to resume the e-Visa facility for UK citizens travelling to India. In a video message on Twitter, Doraiswami said that the service will be made available to the citizens forthwith and the dates will be announced shortly. He further added that the resumption of the facility will enable friends from the UK to travel far more easily to India.

"We are rolling out e-visas once again and this service will be made available to you forthwith. That should enable friends from the UK far more easily to India. So welcome back, e-visas are up ahead and all of our other services including visas at your doorstep remain available to you. We look forward to a good winter season in which everyone gets to celebrate their festivals in India which is the land of festivals," Vikram Doraiswami said.