The UK needs to learn from us

Celebrating the promotion of a politician who may or may not be Indian is great, but the enthusiasm is misplaced 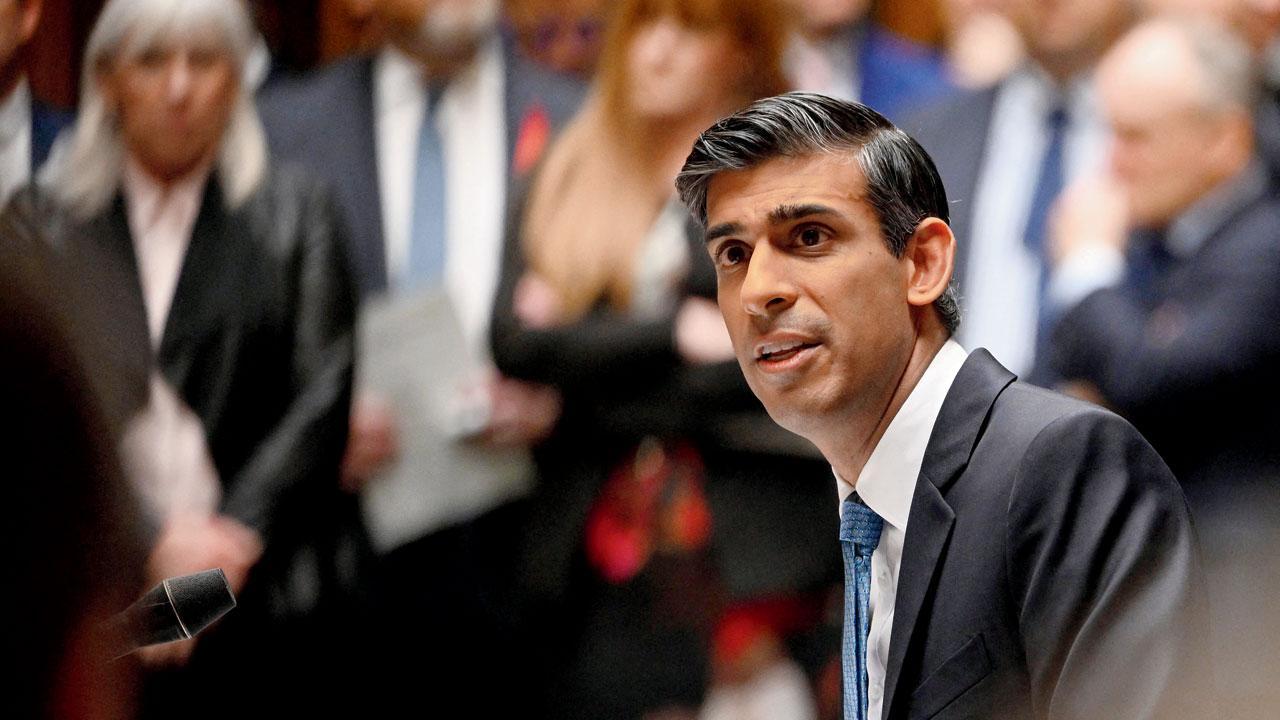 It’s possible that Rishi Sunak, PM of the UK, has no ties with India at all because that’s what a few people obsessed with these things have been pointing out. Pic/AFP

I threw a party to celebrate the appointment of Rishi Sunak as Prime Minister of the United Kingdom. Okay, I didn’t, because I couldn’t care less about him, but I could have because it’s what so many Indians think of doing whenever someone with dubious connections to the motherland happens to get some sort of promotion. It’s possible that Sunak has no ties with India at all because that’s what a few people obsessed with these things have been pointing out to anyone who will listen. It’s possible that Pakistan has a larger claim on him than we do, but that won’t stop some of us from engulfing him in our cloying blanket of jingoism.

This stems from our deep inferiority complex, of course, disguised by our faux bravado and assumption of cultural and moral superiority. It’s why some of us applaud whenever someone who happens to be Indian becomes the CEO or Managing Director of a technology company or multinational behemoth. ‘They’re one of us,’ we say, congratulating each other on WhatsApp and Facebook, blithely ignoring the fact that the people being promoted have wilfully chosen not to associate with India. They leave for a reason, and choose to stay away, almost always surrendering their citizenship, but that doesn’t get in the way of our jumping up to take credit for their success in some oblique, twisted manner.

I have no idea what the presence of Rishi Sunak at 10 Downing Street is meant to do for Indians in the UK, let alone those in India. Kamala Harris has been Vice-President of the United States for a while now, and some of us rushed to celebrate her too, but the waiting period for Indians applying for a visitor’s visa to America is still over 300 days. It’s obvious that if her elevation has prompted something positive for India or Indians, we have yet to figure out what that is.

What bothers me about the whole Rishi Sunak episode is this: the United Kingdom can clearly learn a lot from India. Going by how things stand, Sunak may no longer be Prime Minister by the time this column is published, and therein lies the problem. David Cameron handed things over to Theresa May, who quit in favour of Boris Johnson, who was asked to get out so Liz Truss could get in, who was forced to quit and make way for Sunak. If the British had paid a little attention to how things work in India, they would have realised a long time ago that none of this needed to happen. They could have stuck to just one person and created a cult of personality instead.

Cameron, May, Johnson, and Truss may or may not have ruined things for their country. Okay, we know they all did, but it’s nice to forgive because that’s what I have learned from India. None of them needed to resign. All they had to do was brazen it out and launch a PR campaign involving exotic birds, an array of fancy dress costumes and, if possible, photo shoots with old or ailing parents. If only they would look at us, they would understand that being a complete failure doesn’t mean a politician needs to resign.

The nicest thing about how things work on our side of the border is that we embrace failure and move on. We know it’s inevitable and accept that we all play a role in the giant farce that elected representatives are concerned about our well-being. The UK could have had a prime minister with a fake degree, or a leader who had abandoned his partner, or one who could have embarrassed himself repeatedly by betraying his lack of intelligence, and they could have held on to this leader if they wanted to, instead of wasting time and energy on a string of replacements.

They could have had a man without a conscience, a man of no morality, dignity, integrity or compassion, a coward of a man too afraid to hold a press conference, only if they could brazen it out. That they chose not to is what makes their leaders look so pathetic today. My hope is that Sunak looks inward, to the gene that may or may not be Indian and starts to believe that he can be prime minister for the next decade if he really wants to. It’s all about attitude, and the clever diversion of taxpayer funds. We all know it can be done.

Next Story : Films by the sea