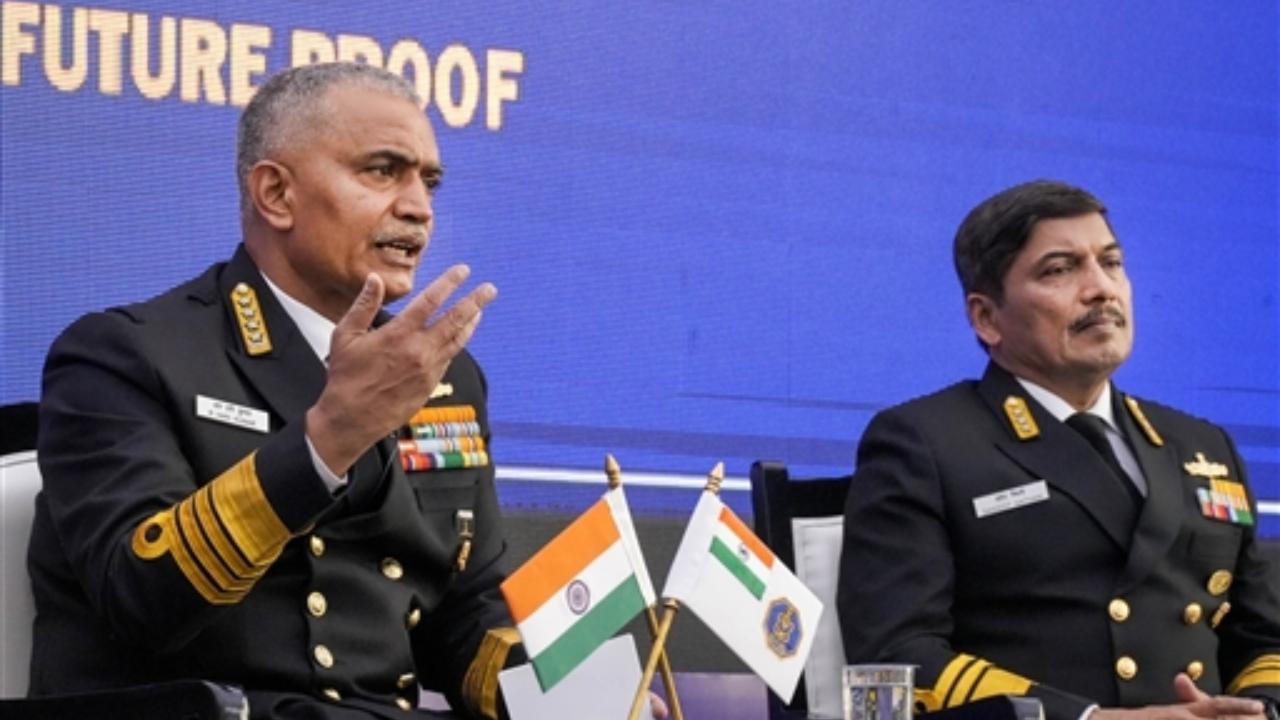 
The Indian Navy has given assurances to the government that it will become 'Atmanirbhar' (self-reliant) by 2047, Chief of Naval Staff Admiral R Hari Kumar said on Saturday.

Addressing a press conference ahead of Navy Day, he also said the Navy keeps a strong vigil over the movements of various Chinese military and research vessels in the Indian Ocean Region.

He said the Indian Navy achieved a very high operational tempo in the last one year and there has been greater emphasis on the criticality of maritime security as India marches ahead.

"The government has given us clear guidelines on Atmanirbhar Bharat. We have given assurances that the Indian Navy will become Aatmanirbhar by 2047," the Navy Chief said.

Admiral Hari Kumar also said that operationally, the Navy had a very intense and engaging time in the last one year. Commissioning of aircraft carrier INS Vikrant was a landmark event for India, he said.

The Navy Chief said his force aims to have Made-in-India security solutions for the country.

Around 3,000 Agniveers have arrived in the Navy out of which 341 are women. For the first time, we are inducting women sailors, Admiral Kumar said.