Three Jaish-e-Mohammad (JeM) militants were killed in the Drach area of Shopian, while a Lashkar-e-Taiba (LeT) militant was killed in the Moolu area of the south Kashmir district 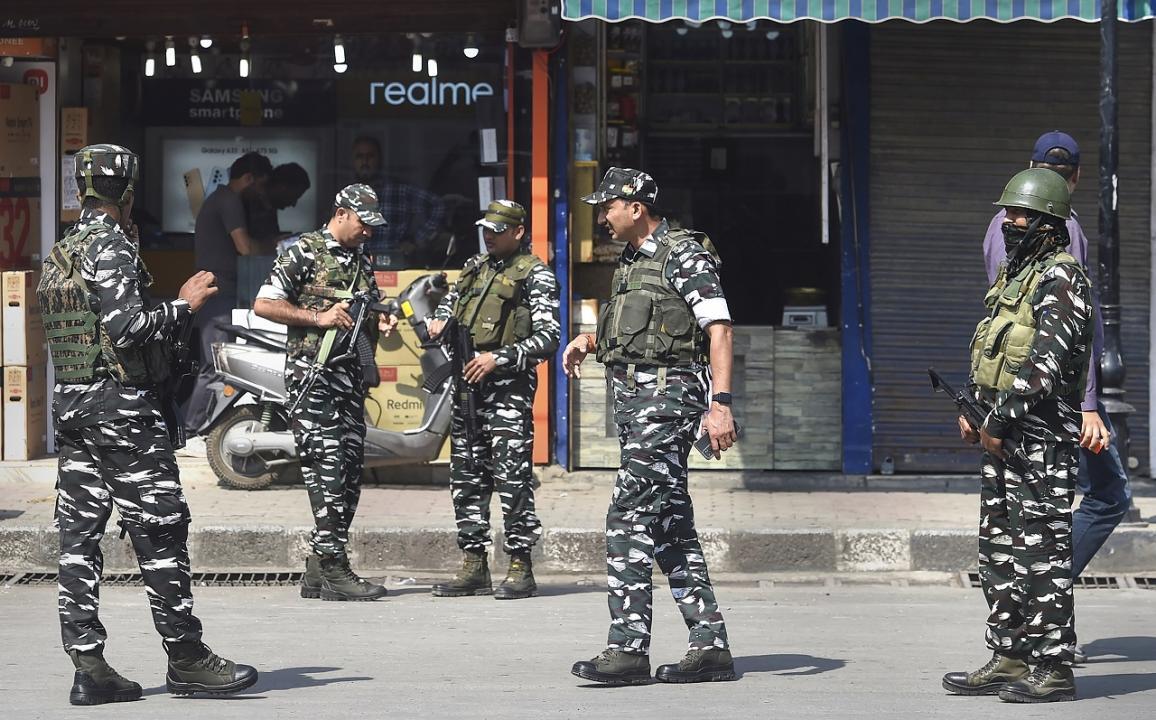 CRPF personnel stand guard as security has been beefed up. Pic/PTI

Three Jaish-e-Mohammad (JeM) militants were killed in the Drach area of Shopian, while a Lashkar-e-Taiba (LeT) militant was killed in the Moolu area of the south Kashmir district, they said.

He said a local terrorist of the proscribed outfit LeT was killed in an encounter in Moolu.

In the Drach operation, two of the three killed terrorists were identified as Hanan Bin Yaqoob and Jamshed, Kumar said.

They were involved in the killing of Special Police Officer (SPO) Javed Dar on October 2 at Pinglana in Pulwama and a migrant labourer from West Bengal on September 24 in the district, he said.