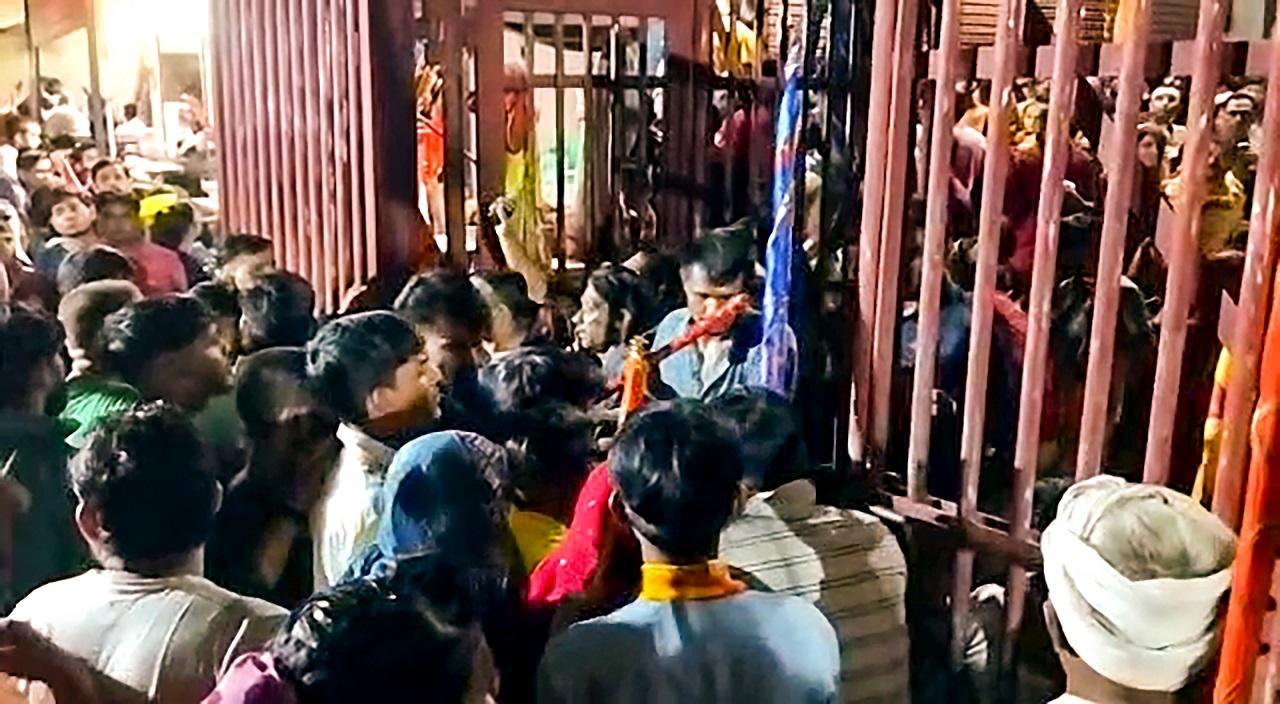 An incident of stampede at the Khatu Shyam Ji temple, in Sikar district of Rajasthan. Pic/PTI


An FIR has been registered against office-bearers of Khatu Shyam Ji temple committee over the death of three women during a stampede outside the temple when people waiting in queues tried to rush in as its doors opened in the early hours, police said on Tuesday.

The complainant held the accused responsible for the incident, saying the temple authorities failed to ensure adequate security at its premises and their mismanagement led to the loss of three lives.

Three women identified as Shanti Devi, Maya Devi and Kripa Devi were killed in the stampede in the early hours of Monday.

Four others were injured in the incident on the day when tens of thousands of people from Rajasthan and neighbouring states headed to the famous temple to mark "Gyaras" or "Ekadashi".

The state government has already ordered an inquiry by a divisional commissioner into the episode, while the local station house officer (SHO) has been suspended for not handling the situation well.