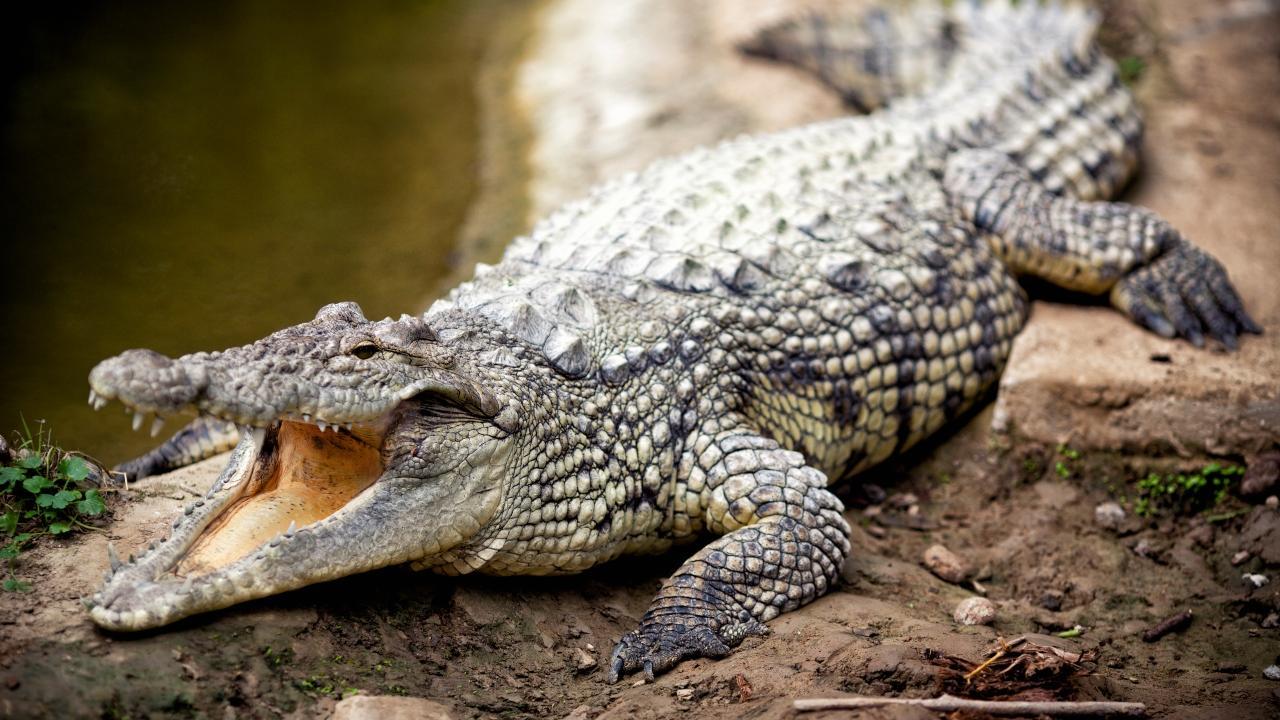 
A crocodile wandered into a residential colony in Madhya Pradesh's Shivpuri district amid heavy rainfall on Sunday and was captured after an hour-long operation, an official said.

The reptile was spotted in a colony near the old bus stand in the early hours of the day, following which the authorities were informed, sub divisional officer of police (SDOP) Ajay Bhargava said.

A rescue team from Madhav National Park was called in and the crocodile was captured after an hour-long effort, he said, adding that the eight-foot-long reptile was later released in Sankhya Sagar Lake.

According to officials, the crocodile might have entered the colony from a swollen nullah passing next to it.

In a video of the rescue operation, the crocodile can be seen in front of a house in a narrow lane of the residential colony.

Following the rains on Saturday night, the district administration directed its employees not to leave the headquarters without prior permission of the collector.