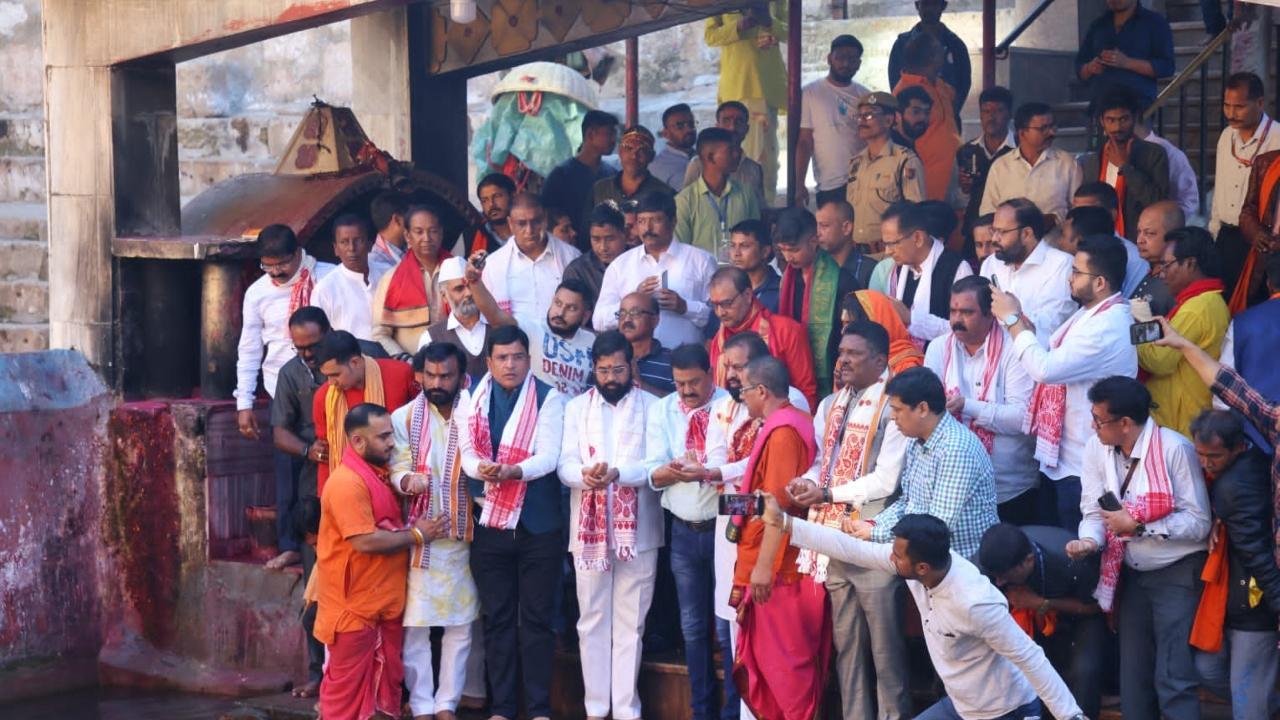 
Maharashtra Chief Minister Eknath Shinde and several other ministers and MLAs along with their families on Saturday visited Guwahati to pay obeisance to Goddess Kamakhya.

Their short trip to the northeastern state comes five months after Shinde along with a group of Shiv Sena MLAs and Independent legislators stayed at a hotel in Guwahati for a week from June 22-29 before toppling the Maha Vikas Aghadi (MVA) government in the western state.

Shinde arrived with an entourage of over 170 people, including more than 50 ministers and MLAs, in a special flight and was received at the airport by Assam ministers.

They drove to the Kamakhya temple situated atop Nilachal hill in the city and performed puja.

On his arrival at Guwahati airport, Shinde told reporters that Sarma had sent three of his ministers and bureaucrats to welcome him.

Shinde said he has come to Guwahati to offer prayers at the Kamakhya Devi temple at the invitation of his Assam counterpart Himanta Biswa Sarma.

"In the evening, Sarma has kept dinner meeting for us," the Maharasthra CM said .

Shinde's entourage was given a rousing welcome with slogans of 'Bharat mata ki jai' .

BJP leader Mohit Bharatiya is accompanying Shinde and his MLAs.

On asked about the criticism for his Guwahati visit, Shinde said the opposition has no other work than criticising him. ''All development work is being done by his government", he said.

Talking to reporters later, Shinde expressed satisfaction at the 'darshan'.

"We paid obeisance before the Goddess. We prayed for peace and happiness for everyone. We had a good darshan," the Shiv Sena leader said in his brief comments before the media.

The group is scheduled to spend the night at the same luxury where the rebel MLAs had stayed in June.

Shinde will also be meeting Assam Chief Minister Himanta Biswa Sarma later in the evening, as per official sources.

Meanwhile, NCP spokesman Mahesh Tapase in Mumbai said the Shinde government will soon face the "wrath" of Kamakhya Devi and claimed that the government's days are "numbered" as the disqualification petition against the rebel MLAs will be heard in the Supreme court on November 29.