Mumbai: They slapped and hit me, says woman assaulted in Kamathipura 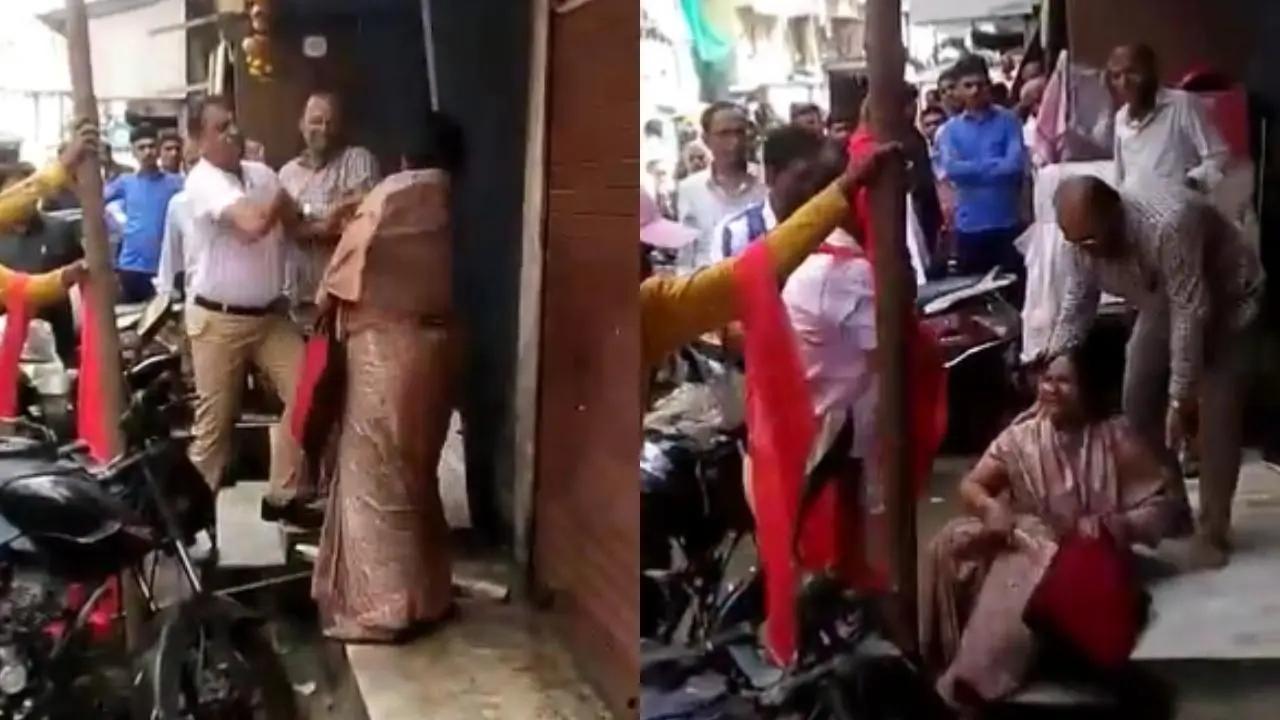 
The National Commission for Women (NCW) on Friday took cognizance of a video that went viral on social media showing a man abusing, pushing and assaulting an elderly woman in Mumbai's Kamathipura area.

The incident came to light when a video went viral on August 28. The brawl began over erecting bamboo poles in front of the woman's shop without her consent.

Prakash Devi, the victim told media, "They slapped me and hit me. Yes, I did (on being asked if she has gotten a case filed). Police are probing. They wanted to install banner outside my shop, I declined and told them to install it somewhere else, so they hit me... no woman should go through this."

NCW India Chairperson Rekha Sharma has written to the Maharashtra Director General of Police (DGP) to immediately take action and arrest the accused involved in the matter. The Commission has also sought a fair and time-bound investigation.

"NCW India has taken cognizance. Chairperson Rekha Sharma has written to DGP Maharashtra to immediately arrest the accused involved in the matter. NCW has also sought a fair and time-bound investigation. Action taken must be apprised to NCW within 5 days," tweets NCW.

Earlier on Thursday, in a shocking incident, a man was seen pushing and hitting a woman in Mumbai's Kamathipura area.

The man can be seen slapping and pushing the woman multiple times who seems to be crying and hustling every time she is pushed.

"Do whatever you want to do, bring whoever you want," the man is heard saying in the video.

Later on, another man comes to the spot and is seen shooing her away while the woman seemed to be crying.

Both man and the woman can be seen hurling abuses at each other while the locals and passers-by watched the tussle.

According to the Mumbai police, the accused have been identified as Vinod Argyle, Raju Argyle and Satish Lad.

Police said that the accused was putting up bamboo in front of the victim's shop to hang a banner welcoming Ganesh devotees when a woman oppose it, the Maharashtra Navnirman Sena (MNS) worker scuffled with the victim.

Further investigations in the matter are underway.