Responding to queries during a press conference held between the first and second leg of the day's Bharat Jodo Yatra, Gandhi said the Congress president was not just an organisational position, it is an ideological post and a belief system 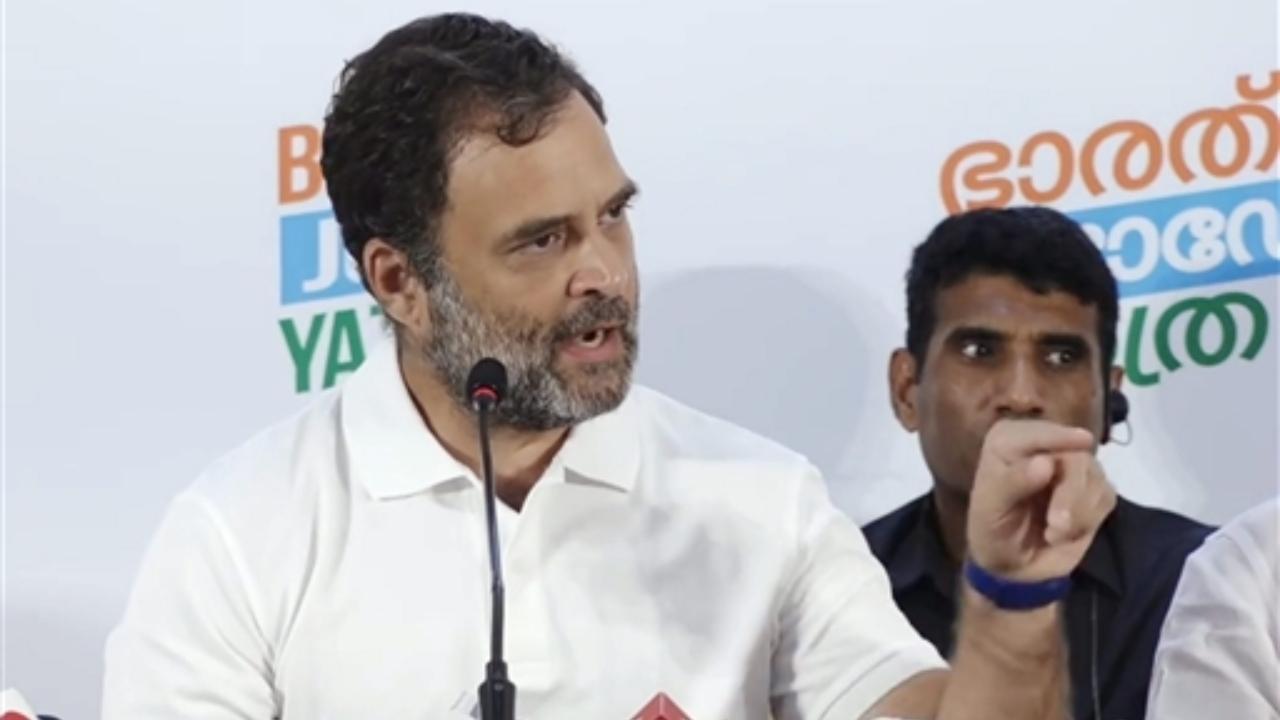 
With the Congress presidential polls round the corner, party leader Rahul Gandhi on Thursday said decisions, including that of one-man, one-post, taken at the chintan shivir at Udaipur in Rajasthan earlier this year are expected to be followed.

Responding to queries during a press conference held between the first and second leg of the day's Bharat Jodo Yatra, Gandhi said the Congress president was not just an organisational position, it is an ideological post and a belief system.

"What we decided at Udaipur, we expect that commitment to be maintained," Gandhi said on being asked whether he would stand by the Udaipur chintan shivir decision on one-man, one-post.

Gandhi, also the MP from Wayanad, said he would advise whosoever becomes the president of the party that they should remember that the post represents a set of ideas, a belief system and a vision of India.

Also Read: Ashok Gehlot or Shashi Tharoor will be 'puppet' in hands of Rahul Gandhi: BJP on Congress president poll

Another piece of advice he had for the contestants in the party's presidential polls was that "you are taking a historic position. A position that defines and has defined a particular view of India."

On the nation-wide raids on the offices and other premises of the Popular Front of India (PFI), Gandhi said that "all forms of communalism regardless where they come from should be combated."

"There should be zero tolerance towards communalism and it should be combated," he added.

Meanwhile, Rajasthan Chief Minister Ashok Gehlot arrived in Kerala amidst speculation as to who all would be contesting the party's presidential polls.

Next Story : Supreme Court to live-stream its constitution bench proceedings from September 27