Amit Dave, one among the four Indian photojournalists who won the Pulitzer Prize for ‘Feature Photography’, speaks to Mid-Day Digital about the recognition and remembers late colleague and well-known journalist Danish Siddiqui 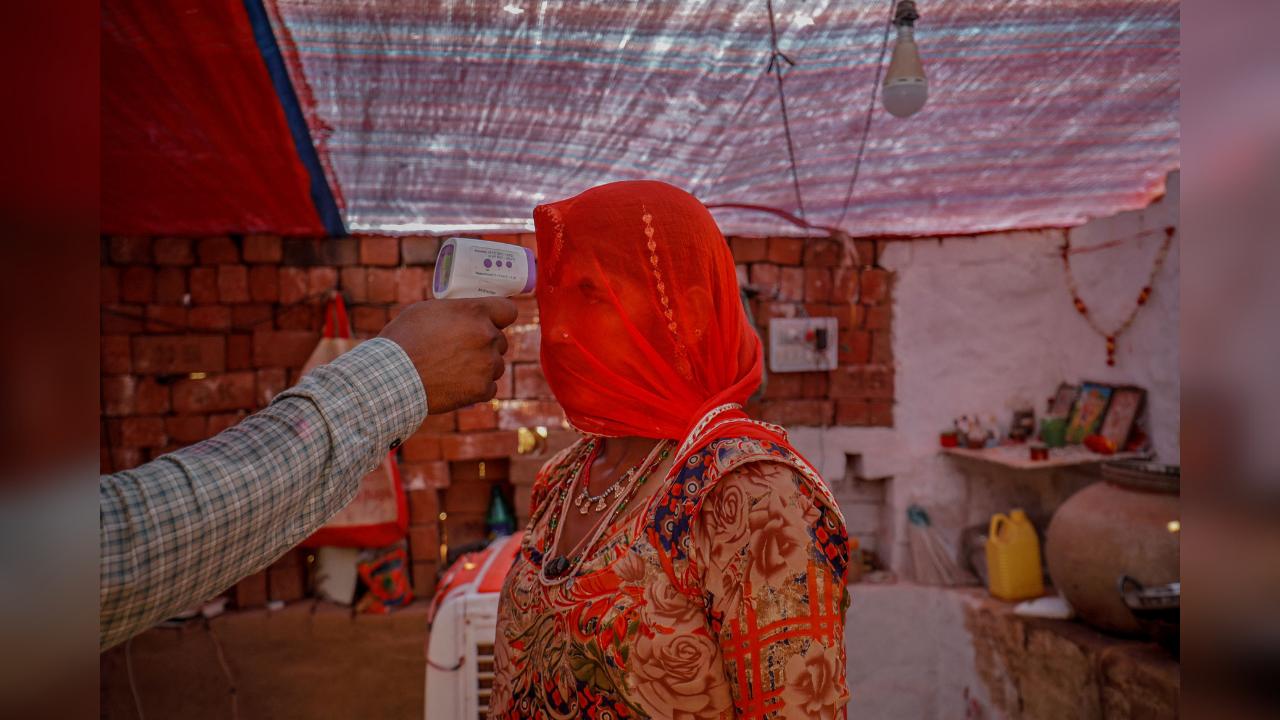 Healthcare workers checking temperature of a brick kiln worker in the outskirts of Ahmedabad in April 2021. Picture credit: Amit Dave


“Photojournalism is always a challenging profession. A lot of our fellow photojournalists have faced risks to their lives and a few have also perished while doing their duties,” says Reuters photojournalist Amit Dave, who recently won the prestigious Pulitzer Prize for ‘Feature Photography’ along with his team members—slain journalist Danish Siddiqui, Adnan Abidi and Sanna Irshad Mattoo. “Even as we are aware of the risks, recognition of our work with awards always prove a morale booster, energizing us to work more enthusiastically in presenting events and realities of life to the people,” he adds.

The team was recognised for their coverage of the Covid-19 crisis in India. A set of 14 pictures, which included 12 pictures by Siddiqui and Abidi and one each by Dave and Mattoo, covering the situation unfolding in hospitals, crematoriums and vaccination camps in New Delhi, Uttar Pradesh, Ahmedabad and Kashmir at the height of the second wave in India revealed some of the darkest aspects of the pandemic and a crumbling Indian healthcare system.

Dave, who has been working as a photojournalist for almost 20 years now, says, “While all concerned were serious and sincere enough about the stark realities of Covid-19 in India, photos by the Reuters team helped bring out some unknown facets of the pandemic and highlighted issues that had not come to the fore earlier. These efforts helped address the issues in a more effective manner, I believe.”

While Siddiqui’s shots of mass cremation and family members mourning outside hospitals revealed the humanitarian crisis in New Delhi, a picture of healthcare workers trying to vaccinate people in Kashmir, clicked by Mattoo, and Dave’s picture showing a healthcare worker checking the temperature of a brick kiln worker in Ahmedabad gave a hint of the amount of work done by health workers across the country amid scarce resources for personal safety.

Though these pictures by photojournalists brought to light the scale of the problem, they also evoked negative responses from some netizens, who criticised their work for bias and insensitivity towards the people captured during emergencies. However, as per Dave’s experience, people, authorities and officials were helpful and co-operative in general towards journalists. “Journalistic work is bound to ruffle a few feathers here and there, but ultimately everyone takes these things in their stride and moves ahead,” he adds.

As someone who has worked and trained with Siddiqui, who was killed by the Taliban while covering the Afghan conflict in July 2021, Dave remembers him as a kind-hearted, appreciative and caring chief who always guided and helped his colleagues. “It is very saddening and a bit joyous simultaneously, that he has also won one of the top recognitions, but is not present among us to bask in the glory of this momentous achievement,” he adds.