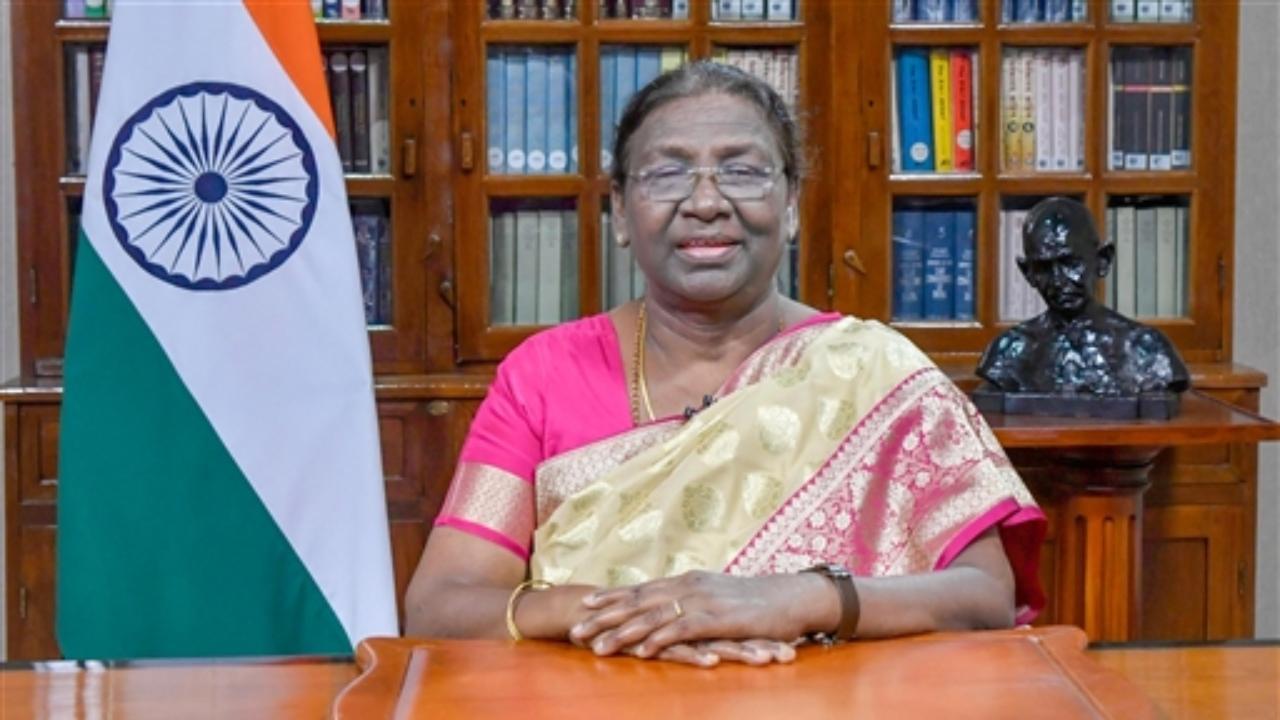 President Droupadi Murmu addresses to the nation on the eve of the 75th Independence Day. Pic/PTI


President Droupadi Murmu in her maiden address to the nation on the eve of Independence Day talked about India's vibrant democracy, success story of Covid vaccines, Atmanirbhar Bharat and the growth of the country's economy after the pandemic.

The President on Sunday said that it is a cause of celebration "not only for all of us but also for every advocate of democracy around the world".

"When India won independence, there were many international leaders and experts who were skeptical about the success of the democratic form of government in India. They had their reasons to be doubtful. In those days, democracy was limited to economically advanced nations. India, after so many years of exploitation at the hands of foreign rulers, was marked by poverty and illiteracy. But we Indians proved the skeptics wrong. Democracy not only grew roots in this soil but it was also enriched too," the President said.

Murmu said that 'Azadi ka Amrit Mahotsav' festival is dedicated to the people of India.

"Based on the success achieved by the people, the resolve to build 'Atmanirbhar Bharat' is also a part of this Mahotsav. Citizens from all age-groups have keenly participated in a series of events held across the country," she added.

Talking about the vaccine success story that the country has achieved, the President said: "The world has seen a new India rising in recent years, more so after the outbreak of Covid-19. Our response to the pandemic has been appreciated everywhere. We launched the biggest vaccination drive in human history with vaccines manufactured in the country itself.

"Last month, we crossed the 200-crore mark in cumulative vaccine coverage. In combating the pandemic, our achievements have been better than those of many developed countries. For this feat, we are grateful to our scientists, doctors, nurses, paramedics and the staff associated with vaccination."

The President said that the pandemic has uprooted lives and also economies in the entire world.

"When the world has been battling the economic consequences of the great crisis, India got its act together and is now moving forward. India is among the fastest-growing major economies in the world. India's start-up eco-system ranks high in the world. The success of start-ups in our country, especially the growing number of unicorns is a shining example of our industrial progress.

"The government and policy-makers deserve credit for beating the global trend and helping the economy flourish. During the last few years, unprecedented progress has been made in the development of physical and digital infrastructure," she added.