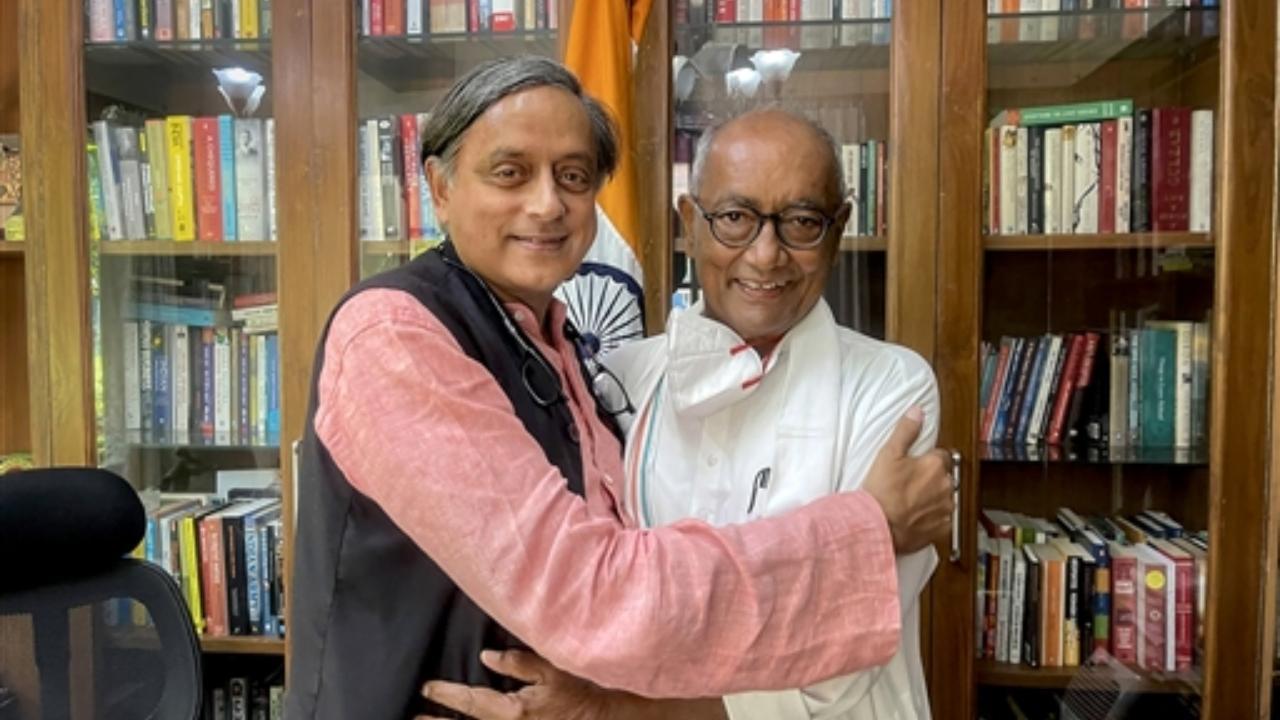 
Senior Congress leader Shashi Tharoor on Friday filed his nomination for the post of Congress president at the party headquarters here.

Tharoor visited Rajghat in the morning and paid homage to Mahatma Gandhi ahead of filing his nomination papers for the party's presidential poll.
"Paid tribute to the man who built India's bridge to the 21st century this morning," Tharoor said in a tweet.

Also Read: Sharjeel Imam gets bail in sedition case, will remain in custody in other cases

He quoted former prime minister Rajiv Gandhi as saying, "India is an Old country but a young nation... I dream of India Strong, Independent, Self-Reliant and in the front rank of the nations of the world, in the service of mankind."