Two men slit the throat of a tailor in Udaipur on Tuesday, saying in a video post on social media that they are avenging an insult to Islam 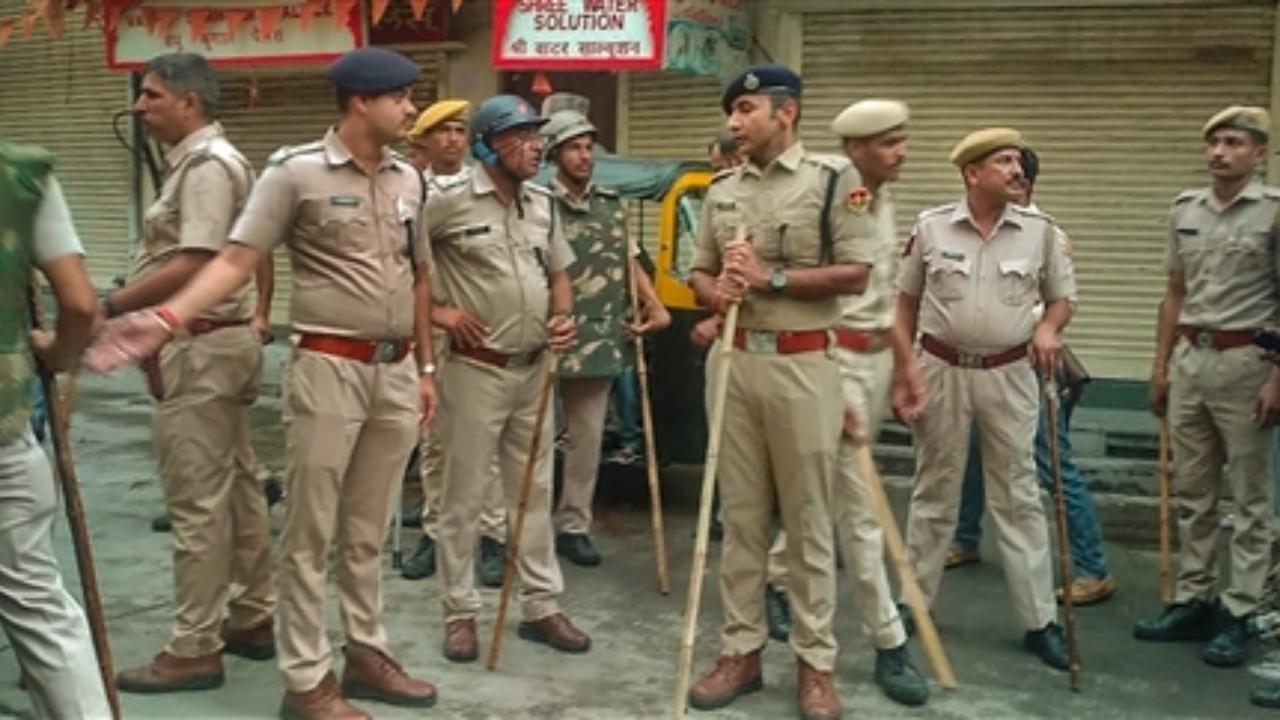 Police personnel deployed after the murder of Kanhaiya Lal, in Udaipur. Pic/PTI


Rajasthan government on Tuesday imposed prohibitory orders and suspended mobile internet service across the state in view of communal tension following the murder of a tailor in Udaipur. Curfew was imposed in seven police station areas of Udaipur from 8 pm till further orders after the killing of a tailor that triggered communal tension in the Rajasthan city.

Two men slit the throat of a tailor in Udaipur on Tuesday, saying in a video post on social media that they are avenging an insult to Islam.

The curfew will be in force from 8 pm on Tuesday till further orders, according to the order. However, those engaged in essential services, students appearing in exams and staff engaged in examination process will be exempted.

"A state-level alert has been issued and range IGs and SPs have been asked to increase patrolling and force mobility as a precautionary measure," ADG Law and Order Hawa Singh Ghumaria said.

Chief Secretary Usha Sharma directed officials to suspend mobile internet service across the state for 24 hours and impose section 144 of the Criminal Procedure Code (CrPC) -- preventing the assembly of more than four people -- in all districts of the state for a month.

Leaves of police and administration officials have also been cancelled.

"The chief secretary has directed all divisional commissioners, inspector generals of police and district collectors to take special vigil across the state," an official statement said.