Azad, who is the national president of the Azad Samaj Party, has extended support to Samajwadi Party for the by-election 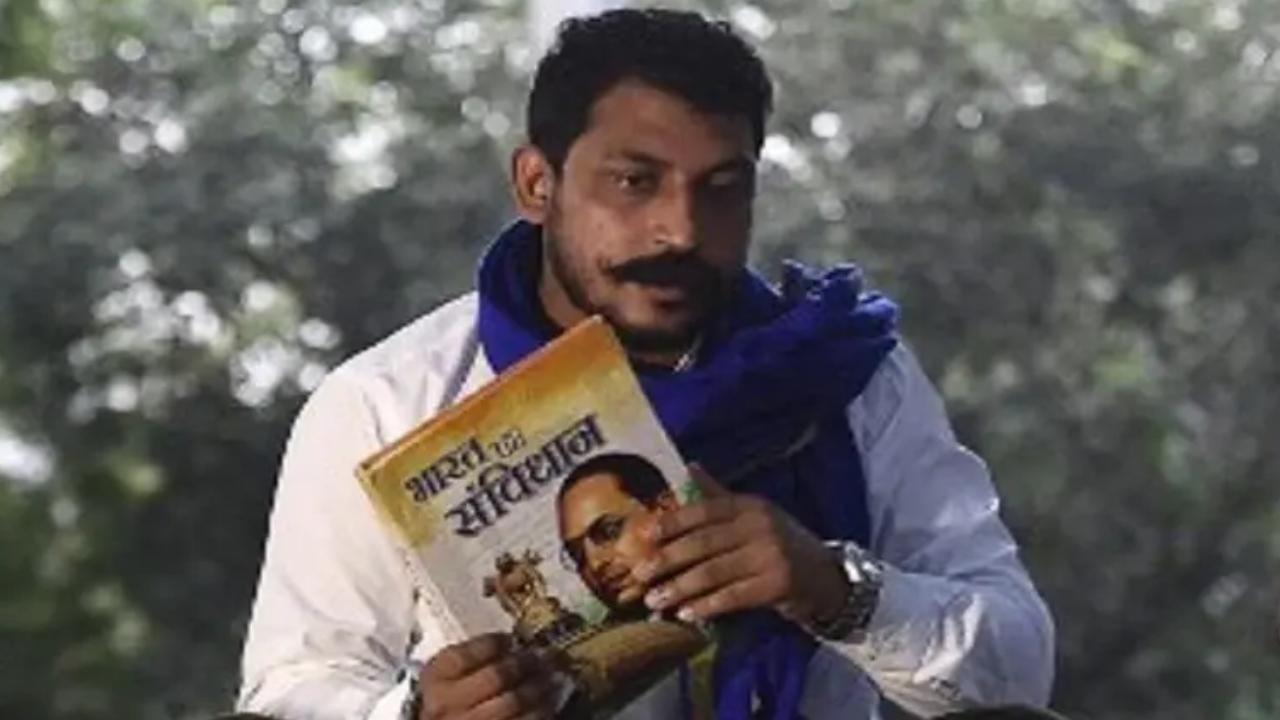 
The official machinery is misused during elections to favour the ruling party, Bhim Army chief Chandrashekhar Azad said Thursday in Rampur, Uttar Pradesh as he campaigned for the Samajwadi Party candidate for the December 5 by-election in the assembly constituency.

Silence against this will weaken democracy and the Constitution, he told reporters in the district.

Azad, who is the national president of the Azad Samaj Party, has extended support to Samajwadi Party for the by-election. He visited senior SP leader Azam Khan at his house on Wednesday.

"Official machinery is misused in elections to favour the ruling party. Silence at this time will weaken democracy and the Constitution," he said on Thursday.

Azad said his party was with the SP candidate. "An atmosphere of fear is being created by the police, and official machinery is being misused. This is against democracy. This is the ground reality which I experienced in Rampur," he claimed.

Asked if he has plans for a tie-up with the SP and the Rashtriya Lok Dal (RLD), Azad said the opposition was uniting. He, however, did not elaborate.

"When people are threatened and not allowed to vote, it threatens democracy," Azad added.

The Azad Samaj Party leader polled 7,453 votes while contesting against Uttar Pradesh Chief Minister Yogi Adityanath from the Gorakhpur assembly seat earlier this year. He had even lost his security deposit.

In Rampur, the SP has fielded Asim Raza, considered close to Azam Khan.

The assembly bypoll in Rampur Sadar was necessitated due to the disqualification of Khan following his conviction in a hate speech case.