Yamuna continues to rise beyond danger mark in Delhi 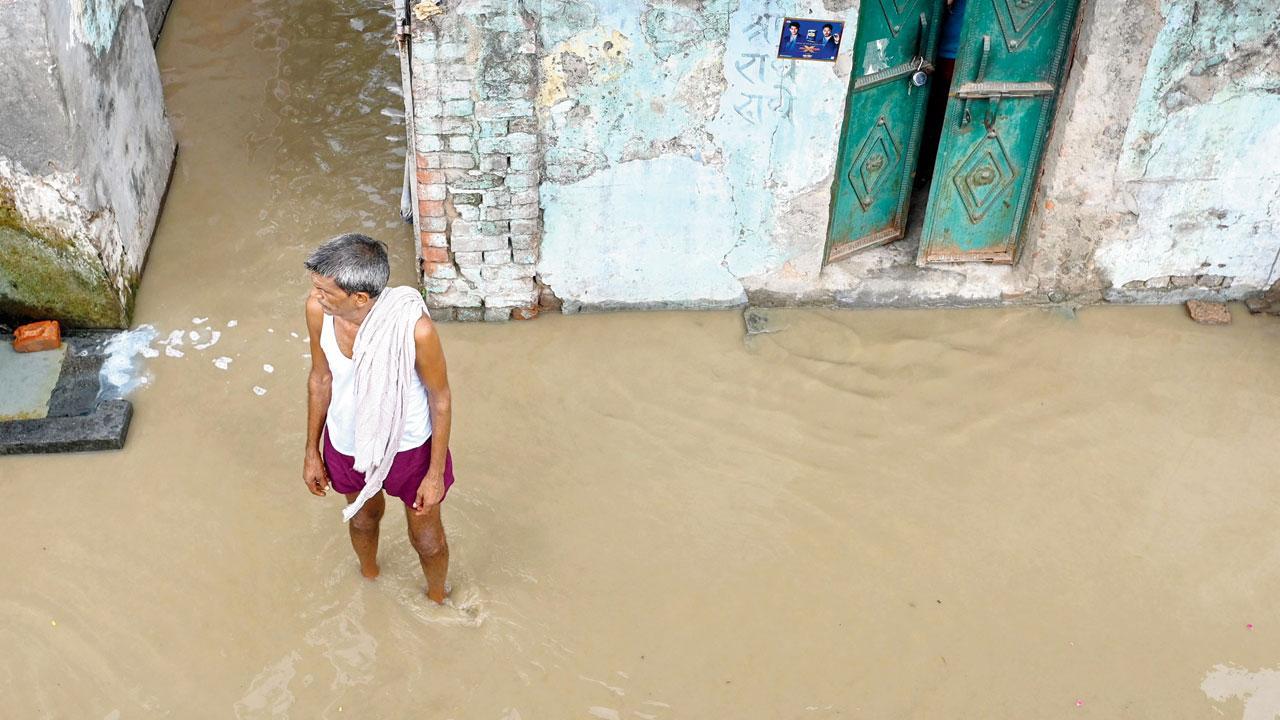 A man stands in a flooded street near the banks of Yamuna. Pic/PTI


The swollen Yamuna river continued to flow above the danger mark of 205.33 metres in Delhi on Saturday morning. The flood control room said the water level reached 205.99 metres at 5 am. The river had breached the danger mark of 205.33 metres around 4 pm on Friday following heavy rain in upper catchment areas, prompting authorities to evacuate people from low-lying areas.

A forecast said the water level is likely to touch the 206-metre mark around 5 pm and remain stable thereafter. East Delhi District Magistrate Anil Banka said around 2,300 people had been evacuated from low-lying areas in his district and moved to safer places till Friday night. Evacuation efforts will be intensified, he said.

A flood alert is declared in Delhi when the discharge rate from the Hathnikund Barrage in Haryana’s Yamuna Nagar crosses the 1 lakh-cusecs mark. People living near the floodplains and in flood-prone areas are evacuated then, an official said. The Delhi flood control room reported a discharge rate of around 17,000 cusecs from the Hathnikund Barrage at 6 am. It was 1.49 lakh cusecs at 1 am on Saturday and 2.21 lakh cusec at 3 pm on Thursday. One cusec is equivalent to 28.32 litres per second.

The flood control department on Thursday advised all sector officers to keep a vigil in their respective areas and take necessary action at vulnerable points. People evacuated from low-lying areas in the floodplains are being shifted to temporary structures like tents and permanent buildings like schools in safer areas. Last year, the Yamuna river breached the danger mark on July 30 when the water level at the Old Railway Bridge had risen to 205.59 metres. In 1978, the river had swelled to the all-time record water level of 207.49 metres. In 2013, it had risen to 207.32 metres.

205.99
Metres the water level reached on Saturday morning at 5am