And Ammi weeps for Sharjeel Imam

Jailed for ‘conspiring’ to foment the 2020 Delhi riots, based on a 40-second clip from his 40-minute speech, he has weekly video calls with his mother, who dreams of the day her son would return home 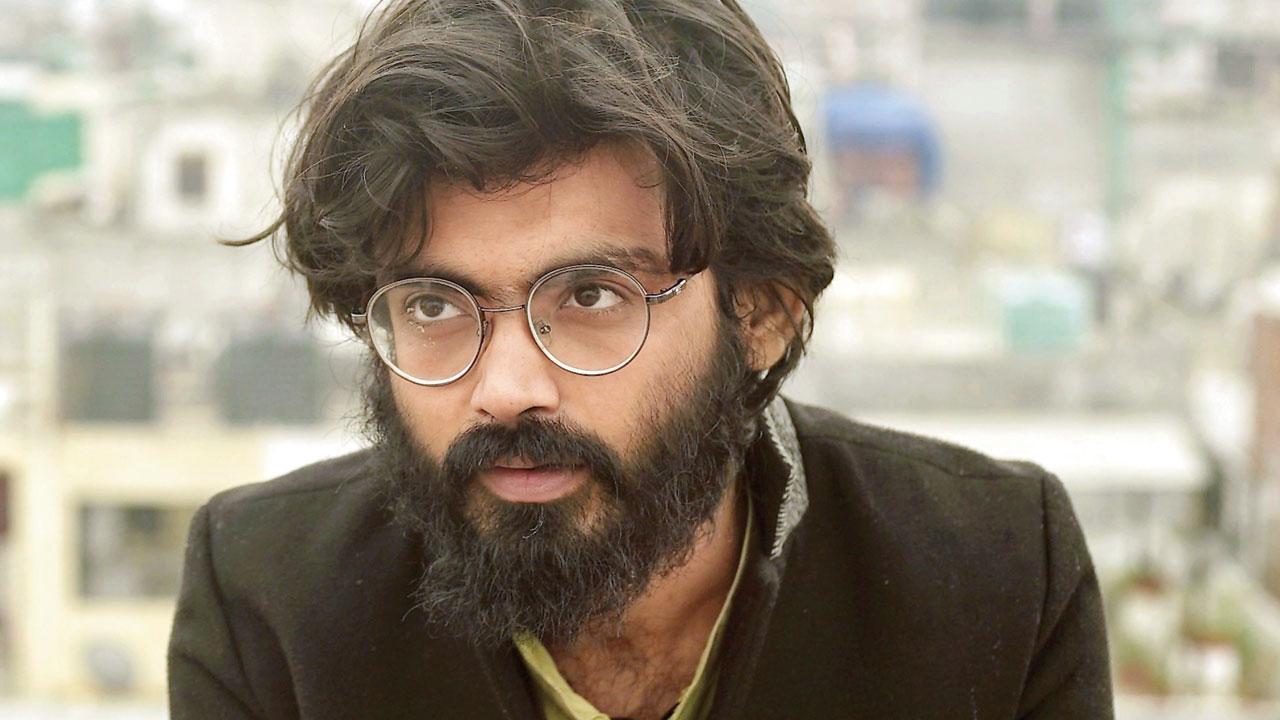 Sharjeel keeps a diary of his experiences in Tihar Jail, hoping to write the book of his Abbu’s dream. Pic/Twitter

Men in uniform sped away with Muzzammil Imam after they found him at his friend’s residence at Kako, in Bihar’s Jehanabad district, on January 28, 2020. Stopping at a farm, the boss barked: “Run.” Muzzammil defiantly squatted on the ground. The boss grabbed his hair, shoved into his mouth the muzzle of a pistol, and said: “Where is Sharjeel?”

Muzzammil said he did not know where his brother was.

Sharjeel had gone into hiding on the evening of January 25 as five states, one after another, filed FIRs in connection with his speech at Aligarh Muslim University. From that 40-minute oratory, a 40-second segment had been posted on social media. It depicted Sharjeel asking Muslims to organise a blockade of Chicken’s Neck or the Siliguri Corridor. Then only, he said, the Modi government would withdraw the Citizenship Amendment Act.

From the farm, they drove Muzzammil, blindfolded, to Karauna Police Station. The boss ordered, “Take off your pants.” Shoot a video, make it go viral on social media, the boss told his mates, repeating over and over again, “Where is Sharjeel?” They had been hunting for him for two days.

Sharjeel was awaiting the arrival of Ahmad Ibrahim, a lawyer friend, from Delhi. They had decided he would surrender to the police in Ahmad’s presence. At 3 pm, Ahmad reached Kako. But before Sharjeel stepped out of his cousin’s place to surrender, his mother was taken to meet him.

She broke down. She said she had warned him not to get entangled in the anti-government protest. He said, “Ammi, if we educated ones do not protest against an unjust law, who would stand up for poor Muslims?” He said he was emulating his father, who had worked for the community before he died in 2014. Sniffling while telling me this, she said her parting words to Sharjeel were: “Go, I place you in Allah’s custody. Only he knows best.”

Since then, Sharjeel has been granted bail in four of the seven cases registered against him. Yet he languishes in Delhi’s Tihar Jail as the Unlawful Activities (Prevention) Act, under which it is difficult to get bail, has also been invoked against him, for conspiring to foment the 2020 Delhi riots. So it will be that Sharjeel will celebrate his birthday inside Tihar on June 1.

His family does not throw birthday bashes. The only exception, Muzzammil remembers, was when Tej Pratap Yadav, son of Lalu Prasad Yadav, called up Sharjeel to wish him on his birthday in 1999. Tej said either Sharjeel were to come over to the chief minister’s residence to party or the Imams would have to host him and his bodyguards.

Sharjeel and Tej were classmates in Standard V and VI at St Xavier’s High School, Patna. The Imams would play cricket at the chief minister’s residence every evening. Muzzammil remembers Lalu’s wife Rabri Devi, the then chief minister, would sit Sharjeel and him on her lap and feed them sweets every Holi. It was there Sharjeel had his first birthday bash.

Tej left St Xavier’s after Standard VI. He became a minister in Bihar in 2015. Sharjeel went to the Indian Institute of Technology, Bombay. He festers in jail. On the contrasting stories of the two schoolboys, Sharjeel’s Ammi would likely say: Allah knows best.

At IIT Bombay, Sharjeel identified the negligible presence of Muslims on campus as a significant factor behind the Islamophobia there. He was quizzed on his beard and such like. Once, in an induction interview for a hostel, a student asked: What would he do if they abused Prophet Muhammad? Yet he made several Hindu friends, who are assisting him in various ways through his ongoing trials and tribulations.

With BTech and MTech degrees from IIT, he turned down an international bank job offering him R37 lakh a year. The reason: he did not wish to work for an entity profiteering from interest, which Islam proscribes. After working for two years in Bengaluru, one fine day he called up his Abbu to take permission for studying history.

Go ahead, Abbu said, but Ammi objected, arguing that the family’s financial problems would be exacerbated without Sharjeel pitching in. Abbu countered that Sharjeel would write a book the world would read. He was selected for a Master’s course in history at Delhi’s Jawaharlal Nehru University. In 2014, Abbu was diagnosed with stomach cancer. To meet medical expenses, Sharjeel wanted to return to the corporate world. “No,” Abbu vetoed. “I am going to die soon.”

His incarceration has stalled his PhD thesis. In jail, he reads and keeps a diary of his experiences, hoping to write the book of his Abbu’s dream. Widowed, Ammi prays daily for Sharjeel’s release at each namaz. Her solace is the weekly video chat with her son.

She does tear up to feel lighter, when her heart brims with sorrow. It seems she had just cried, for she exuberantly asked: Did you know Sharjeel led the Eid prayer at Tihar? “Masha’Allah, Sharjeel has put on weight,” Ammi said, vindicating what Khalil Gibran wrote: “Your joy is your sorrow unmasked.” A heartless State cannot erode a mother’s optimism.

Next Story : Halfway through tenure, it is time MVA accepts a state-centre rift