Two Gods in our brain 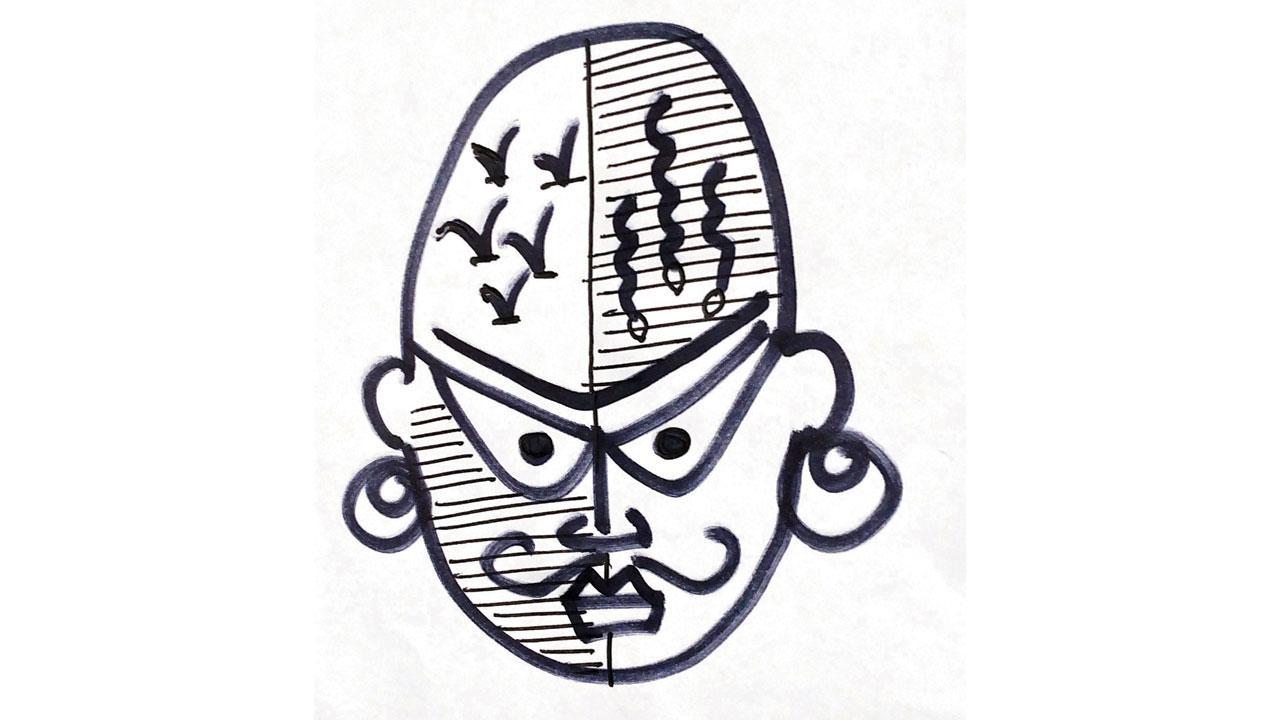 While the left half of our brain focuses on the world, and seeks control over it, grasping it with the right hand, the right half of the brain seeks perspective of the world and seeks understanding of it. The left brain enables the predator to catch the prey. The right brain keeps a lookout for predators so that we do not become prey. The left brain has a narrow vision of the world that gets narrower as it seeks to control the world. The right brain has a wide vision of the world that gets wider as it seeks to appreciate the world. The left seeks useful functional knowledge. The right seeks meaning of it all. There is tension between the two which shapes our existence.

This idea is captured in mythologies around the world in the form of a pair of gods who complement each other and compete with each other. For example, in Rig Veda, we learn of Indra and Varuna. Indra is war-like and focused, striking the world with his thunderbolt. Varuna keeps a watch on the world, is more peaceful and collaborative, and casts a net to capture the whole world, only to realise the net needs to become bigger and bigger.

This becomes more elaborate in Vishnu mythology. Vishnu reclines on a serpent and rides an eagle. Both serpent and eagle are enemies. The serpent eats the eggs of the eagle and the eagle eats serpents.

In Norse mythology is a story of two Aesir gods: Hoenir and Mimir. They are always together and serve as great leaders together. Suspicious of their friendship, some gods behead Mimir. Now Hoenir can make no decisions. All he can say is, ‘Let others decide.’ Vanir here is like the right brain who sees so much that he cannot decide, while Mimir is focussed like the left brain that uses information and makes decisions. The two work as a team. Without Mimir, Vanir is paralysed. Without Vanir, Mimir is overconfident.

We are taught to value one or the other, yet we need both to succeed—Indra and Varuna,  the eagle and the serpent, the masculine and the feminine, the left and the right. In yoga, when we focus (dhyan) the left brain is being activated; when we practice mindfulness and awareness (dharana) the right brain is being activated. If only politicians learnt that and did not split society and made it value one side over the other.

Next Story : Drinking in Bombay