Clashes in Shanghai as protests over China's zero-Covid policy continue 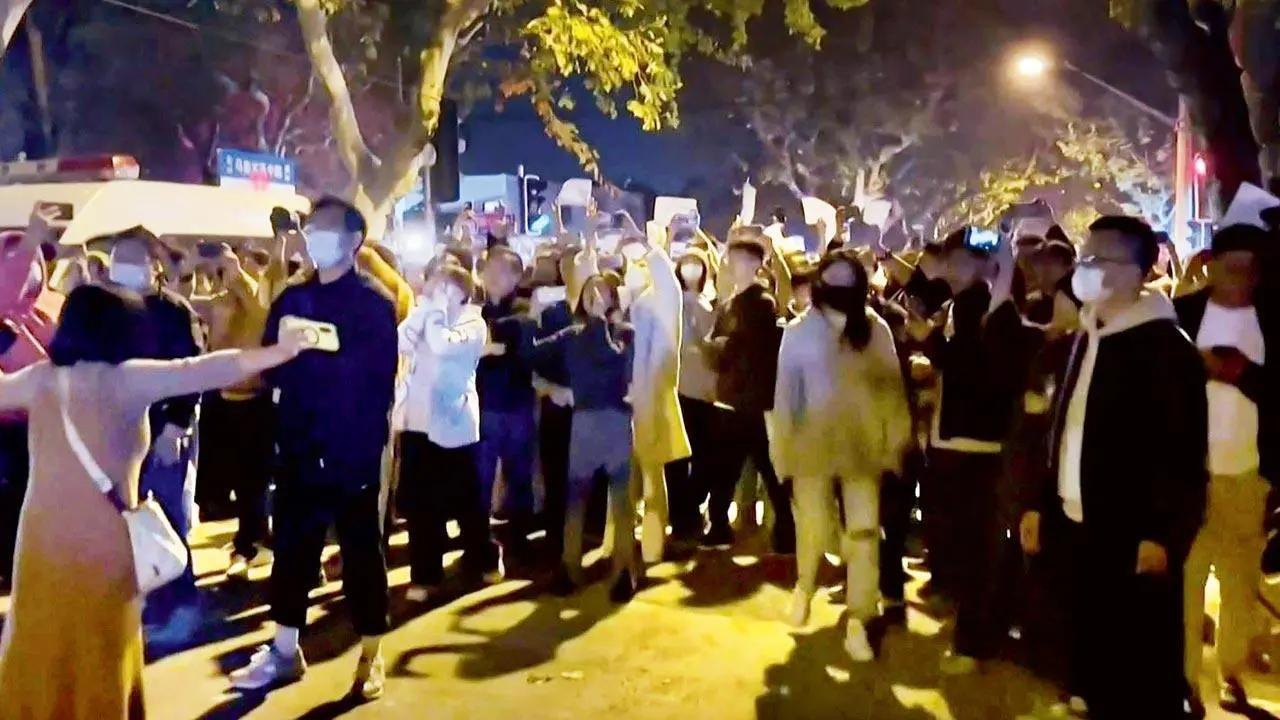 
Hundreds of demonstrators and police have clashed in Shanghai as protests over Chinas stringent Covid restrictions continued for a third day and spread to several cities, in the biggest test for President Xi Jinping since he secured a historic third term in power.

The wave of civil disobedience is unprecedented in mainland China in the past decade, as frustration mounts over Xi's signature zero-Covid policy nearly three years into the pandemic, the Guardian reported.

Protests triggered by a deadly apartment fire in the far west of the country last week took place on Sunday in cities including Shanghai, Beijing, Chengdu, Wuhan and Guangzhou.

The cities of Guangzhou and Chongqing, with thousands of cases, are struggling to contain outbreaks. Hundreds of infections were also recorded in several other cities across the country, The Guardian reported.

Chinese stocks fell sharply as investors raised concerns over the impact of the protests on the world's second-largest economy.

In the early hours of Monday in Beijing, two groups of protesters totalling at least 1,000 people were gathered along the Chinese capital's 3rd Ring Road near the Liangma River, refusing to disperse.

On Sunday in Shanghai, police kept a heavy presence on Wulumuqi Road, which is named after Urumqi, and where a candlelight vigil the day before turned into protests.

"We just want our basic human rights. We can't leave our homes without getting a test. It was the accident in Xinjiang that pushed people too far," said a 26-year-old protester in Shanghai.

"The people here aren't violent, but the police are arresting them for no reason. They tried to grab me but the people all around me grabbed my arms so hard and pulled me back so I could escape."

By Sunday evening, hundreds of people gathered in the area.

Some jostled with police trying to disperse them. People held up blank sheets of paper as an expression of protest, The Guardian reported.

On Saturday, people in Shanghai had chanted "No PCR tests, we want freedom!" followed by rounds of repeated calls for "Freedom! Freedom".

Next Story : WHO renames monkeypox as mpox, citing racism concerns