Ukraine pushes to retake all land

President says it has now recaptured 6,000 sq km of territory but West must speed up weapons deliveries 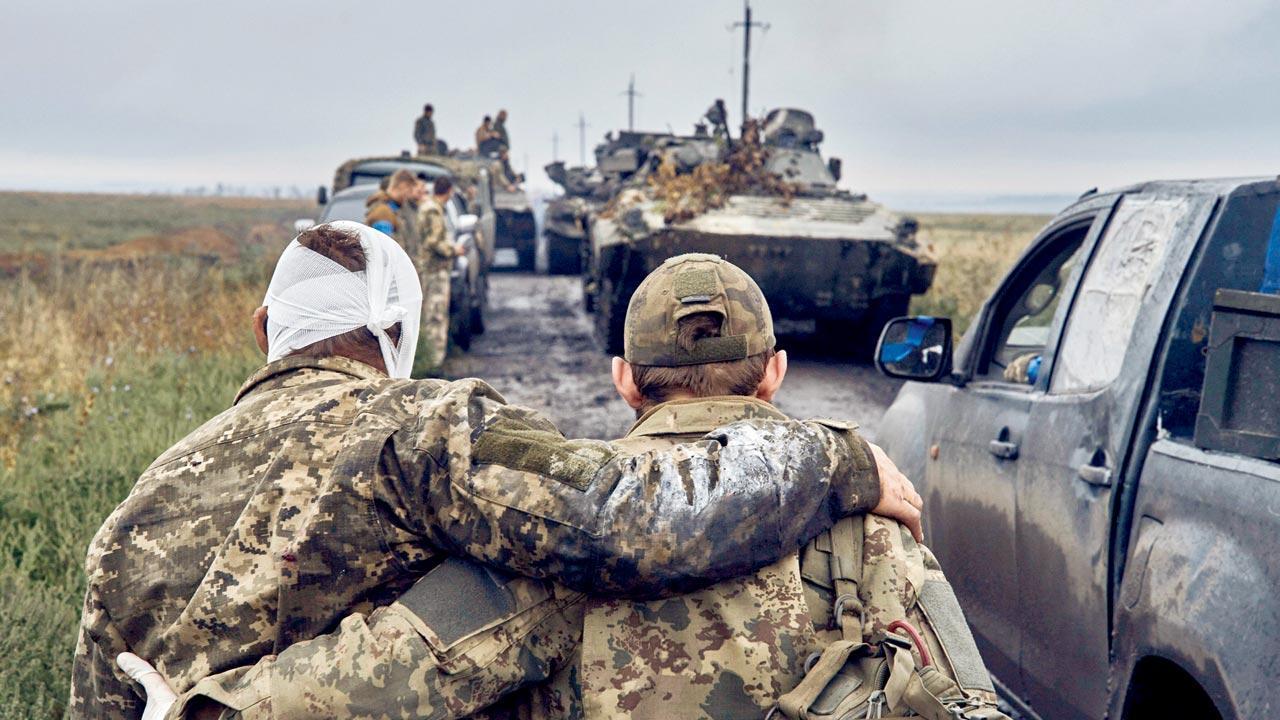 A Ukrainian soldier helps a wounded fellow soldier on the road in the freed territory in the Kharkiv region Monday. Pic/AP


Ukraine said on Tuesday it aimed to liberate all of its territory after driving back Russian forces in the northeast of country in a rapid offensive, but called on the West to speed up deliveries of weapons systems to back the advance.

Since Moscow abandoned its main bastion in northeastern Ukraine on Saturday, marking its worst defeat since the early days of the war, Ukrainian troops have recaptured dozens of towns in a stunning shift in battleground momentum. Fighting was still raging in the northeastern Kharkiv region, Deputy Defence Minister Hanna Malyar said on Tuesday, saying Ukraine’s forces were making good progress.

“The aim is to liberate the Kharkiv region and beyond - all the territories occupied by the Russian Federation. Fighting is continuing (in Kharkiv region). It is still early to say full (Ukrainian) control has been established over Kharkiv region,” Malyar said.

“Our strength stems from the fact that we are very motivated and that we plan operations thoroughly,” she said. Malyar was speaking on the road to Balakliia, a crucial military supply hub recaptured by Ukrainian forces late last week during a counter-offensive that forced Russian troops to flee further east.  Ukraine’s President Volodymyr Zelensky said overnight that Ukraine had now recaptured roughly 6,000 square km (2,400 square miles) of territory but  called on the West to speed up deliveries of weapons systems.

Russia detained a top manager of an aviation factory on suspicion of passing secret military information to Ukraine, Russian news agencies reported on Tuesday. The FSB federal security agency said a man was suspected of taking photographs of equipment from Russia’s fighter planes and sending them to a Ukrainian citizen who worked at a Ukrainian aviation plant.

Next Story : Fodder dries up for Pakistan’s cattle as floodwaters stay high