"We come in peace to the region", says Nancy Pelosi in Taiwan as 21 Chinese jets enter Taipei's Air Defence Zone

Despite China's warning, US House Speaker arrived in Taipei on Tuesday night and said that this trip in no way contradicts longstanding United States policy on the self-governed island 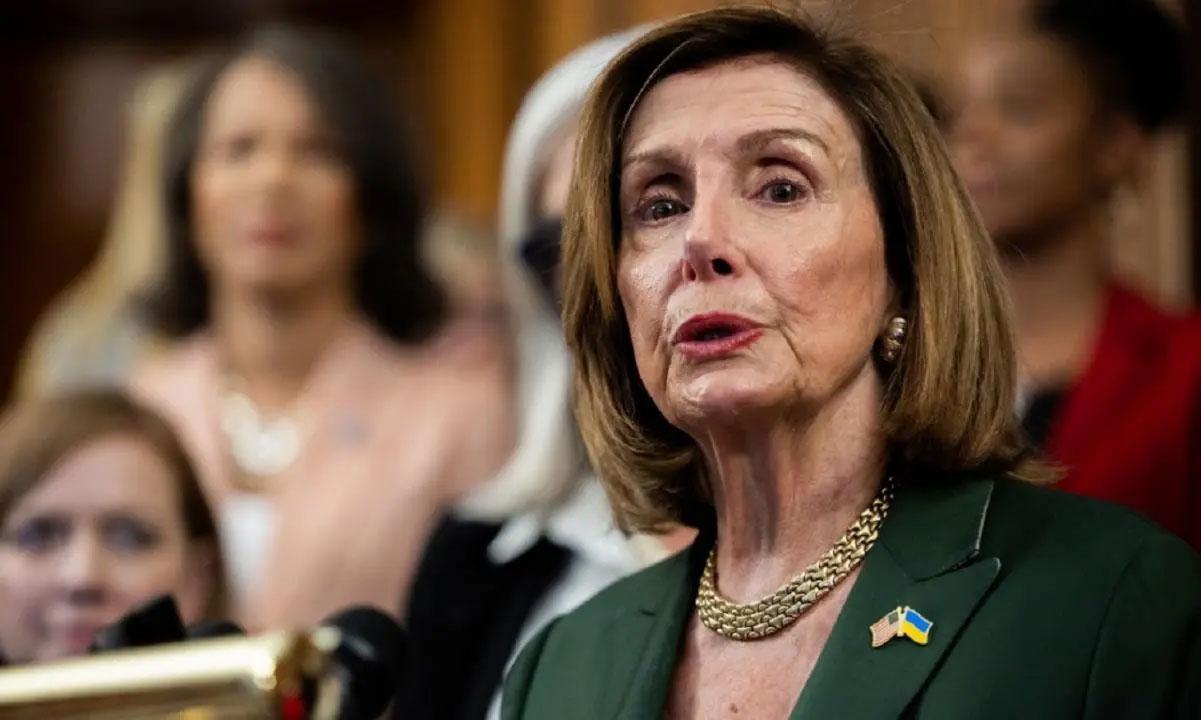 
US House Speaker Nancy Pelosi on Wednesday said that she came to Taiwan as she seeks "peace for the region" after her visit irked China and started its diplomatic games. "We come in friendship to Taiwan, we come in peace for the region," Pelosi said during the meeting with Tsai Chi-chang, the deputy speaker of Taiwan's parliament.

Despite China's warning, US House Speaker arrived in Taipei on Tuesday night and said that this trip in no way contradicts longstanding United States policy on the self-governed island. During the press conference, over the US-Taiwan economic cooperation, Pelosi said that her new US legislation aimed at strengthening the American chip industry in Taiwan which will compete with China.

"Now we look forward to our conversation about how we can work together to save the planet from the climate crisis. We thank you for your leadership and we want the world to recognise it. Our visit was about human rights, unfair trade practices, security issues," she added. Pelosi further said that she is here to listen and learn from Taiwanese people as to how can they come together. She also congratulated Taiwan for addressing the issue of Covid.

"We congratulate you on successfully addressing the issue of Covid which is also an issue of health, economy, security & governance," US House Speaker said. Taking to Twitter, upon her arrival, Pelosi said, "Our Congressional delegation's visit to Taiwan honours America's unwavering commitment to supporting Taiwan's vibrant Democracy."

"Our visit is part of our broader trip to the Indo-Pacific -- including Singapore, Malaysia, South Korea and Japan -- focused on mutual security, economic partnership and democratic governance. Our discussions with Taiwan leadership will focus on reaffirming our support for our partner and on promoting our shared interests, including advancing a free and open Indo-Pacific region," she added. Pelosi also expressed US solidarity with 23 million people of Taiwan in the face of the increasing threat from China.

"Our visit is one of several Congressional delegations to Taiwan - and it in no way contradicts longstanding United States policy, guided by the Taiwan Relations Act of 1979, US-China Joint Communiques and the Six Assurances. The United States continues to oppose unilateral efforts to change the status quo," she added. Pelosi's plane touched down in Taiwan amid a heightened security threat from China.Meanwhile, China on Tuesday firmly opposed the US House Speaker's Taiwan visit while calling the trip a serious violation of the one-China principle and the provisions of the joint communique signed between the two countries.

"On 2 August, in disregard of China's strong opposition and serious representations, Speaker of the U.S. House of Representatives Nancy Pelosi visited China's Taiwan region. This is a serious violation of the one-China principle and the provisions of the three China-US joint communiques," Xinhua news agency quoted the Chinese Foreign Ministry as saying.

Beijing said the visit gravely undermines peace and stability across the Taiwan Strait, and sends a seriously wrong signal to the "separatist forces for Taiwan independence". "The Taiwan question is the most important and most sensitive issue at the very heart of China-US relations. The Taiwan Strait is facing a new round of tensions and severe challenges, and the fundamental cause is the repeated moves by the Taiwan authorities and the United States to change the status quo," the Chinese ministry said in a statement.