“You have made us realise that we can try to push boundaries and improve in terms of skill and fitness,” said KL Rahul. 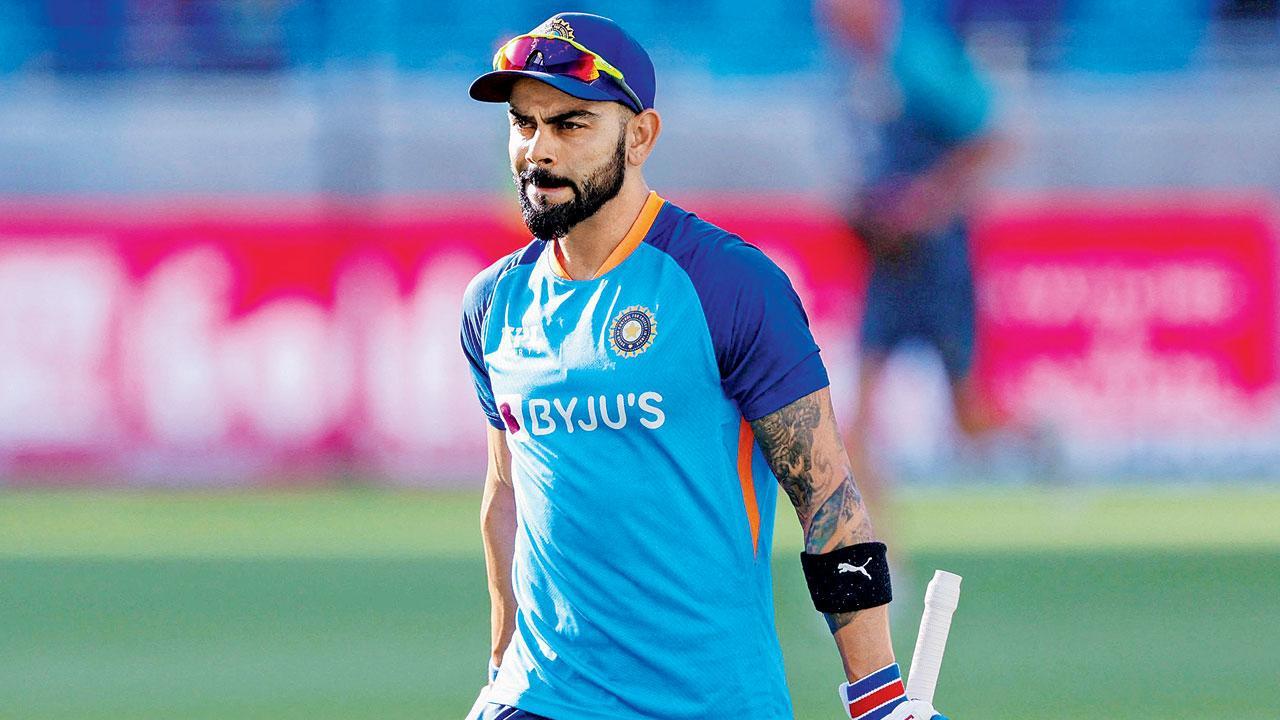 Virat Kohli prior to yesterday’s T20I against Pakistan. Pic/AFP


Team India sent out congratulatory messages to star batsman Virat Kohli ahead of his 100th T20I appearance, in the blockbuster clash against Pakistan at Asia Cup here. Kohli thus became the first Indian to play a century of games across all formats.

“Every time you see him, he comes with a different energy all the time. It is not easy to play 100 games for India across formats. I would like to congratulate him. Every time we see him, his game seems to be on a different level,” skipper Rohit Sharma said on Star Sports.

“You have made us realise that we can try to push boundaries and improve in terms of skill and fitness,” said KL Rahul. Suryakumar Yadav hailed Kohli for “spreading as much knowledge as possible to all,” while all-rounder Ravindra Jadeja said that his U-19 2008 World Cup-winning teammate’s dedication and hunger for runs remains unchanged.

“It is his legacy that he has won so many matches for India. His career inspires people, that their life would be better if they do anything close to what he has done,” said big-hitter Rishabh Pant.