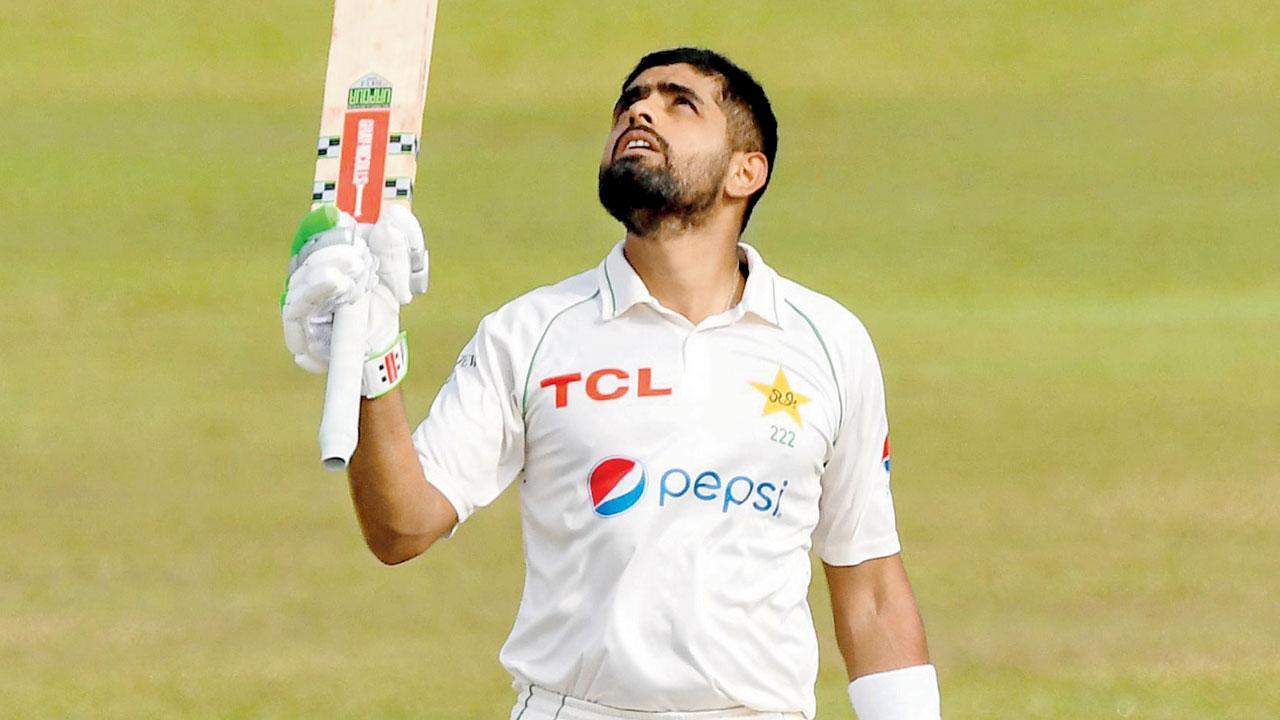 
Pakistan skipper Babar Azam made a defiant 119 to thwart a Sri Lankan spin attack led by Prabath Jaysuriya on day two of an evenly poised first Test on Sunday.

Azam single-handedly took the tourists to just four runs short of Sri Lanka’s 222 as he put on a 70-run tenth-wicket stand with Naseem Shah, who made five not out from 52 balls, in Galle. Sri Lanka were 36 for one at stumps after skipper Dimuth Karunaratne fell lbw to left-arm spinner Mohammad Nawaz, for 16. Oshada Fernando, on 17, and nightwatchman Kasun Rajitha, on three, were batting when bad light stopped play for the day with the hosts leading by 40 runs in their second innings.

Jayasuriya was Sri Lanka’s go-to spinner as he claimed his third successive haul of five wickets or more to rattle the opposition batting, which slumped to 85-7 before lunch and then 148-9 in the second session. But Azam kept up the fight and reached his seventh Test century with a four and single off mystery spinner Maheesh Theekshana as he jumped to celebrate. Theekshana, who took two wickets, finally got the star batsman trapped lbw to end the Pakistan innings on 218 in the final session.