CWG 2022 Cricket: Australia triumph over NZ to set up sizzling final vs India

All-rounder Tahlia McGrath (34) continued her superb form as she combined with opener Beth Mooney (36) for a 56-run partnership, before Ashleigh Gardner (19 not out) used her experience to guide Australia home with three balls to spare 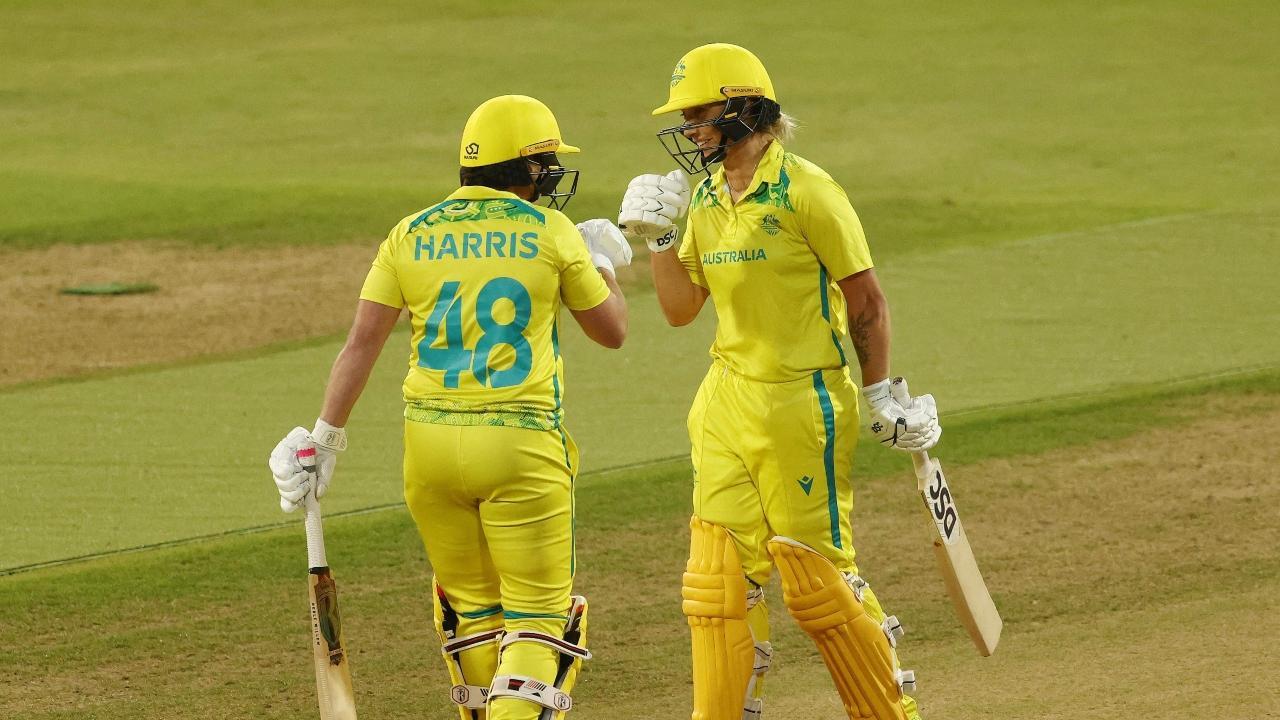 
Reigning 50-over world champions Australia continued to pummel oppositions at the Commonwealth Games here with New Zealand being their latest victim, defeating the trans-Tasman rivals by five wickets to secure a mouth-watering title clash against India on Sunday.

It was Australia's huge depth in batting that proved pivotal in the last-four clash, with the usually dependable Alyssa Healy (14) and Meg Lanning (7) falling early in their quest of New Zealand's competitive total of 144/7 in 20 overs.

All-rounder Tahlia McGrath (34) continued her superb form as she combined with opener Beth Mooney (36) for a 56-run partnership, before Ashleigh Gardner (19 not out) used her experience to guide Australia home with three balls to spare.

The late loss of Rachael Haynes for 19 left the Aussies requiring 16 from the final 16 deliveries, but Grace Harris (8 not out) joined Gardner at the crease to lift Australia past the required score with three balls remaining.

The White Ferns, as the New Zealand women's cricket team is referred to, had several opportunities to make further inroads into Australia's batting line-up and will be left to rue a host of dropped chances in the field that included dropping skipper Lanning first ball.

It was a case of what could have been for the White Ferns, who got superb efforts from skipper Sophie Devine (53) and Kerr (40) and would have been happy to have posted a decent score after being put into bat first by Lanning.

Veteran Lea Tahuhu (3/20) bowled with purpose and was rewarded with a host of key wickets, but breaks in concentration in the field proved costly as Australia snuck past the total in the final over.

Australia will take on India for the gold medal at Edgbaston on Sunday, while New Zealand battle it out against hosts England for the bronze medal earlier in the day.

While Australia will enter the gold medal match as slight favourites, star batter Smriti Mandhana is in superb form for India and is capable of winning any match from her own bat.

England will be looking to bounce back in the bronze medal match after they fell to India by just four runs in the first semi-final earlier in the day on Saturday.