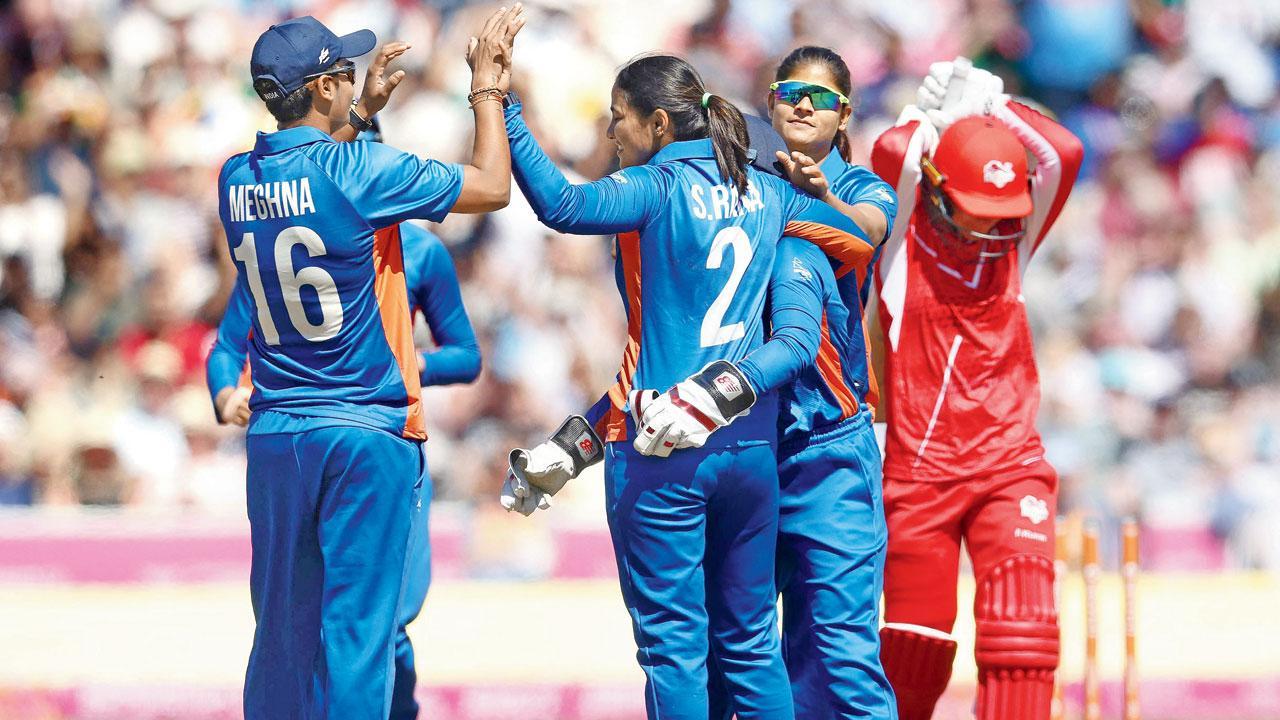 India players celebrate a wicket at Edgbaston on Saturday. Pic/AFP

Deepti and Rana collectively gave away only six runs in the 17th and 18th over respectively. Pooja leaked 13 runs in the 19th over, but the Mandhana-Taniya Bhatia combination pulled off a brilliant run out of the dangerous Nat Sciver to change the course. It was then left to Rana to bowl at least five good balls that assured a medal for India in the inaugural edition of women’s cricket.

Next Story : CWG 2022 Cricket: Australia triumph over NZ to set up sizzling final vs India