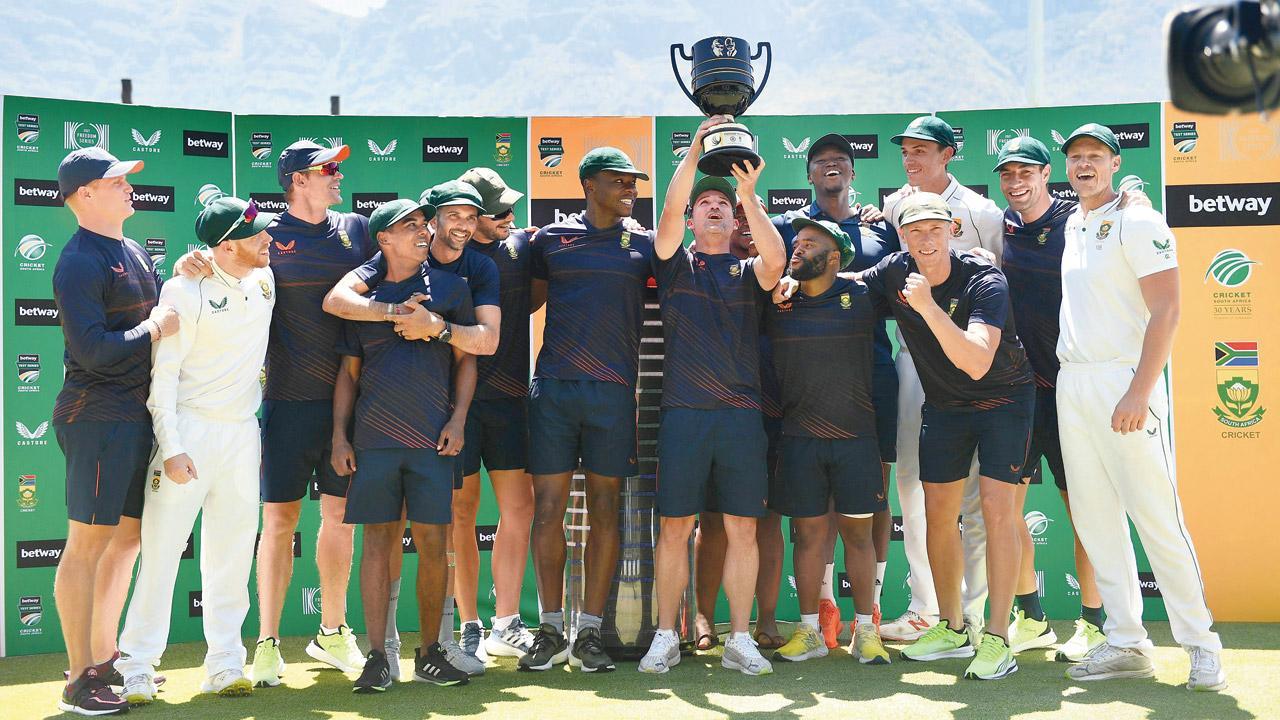 
South Africa captain Dean Elgar said his squad didn’t give up despite losing the first Test by a big margin. “I think it will sink in in a day or two, maybe this evening. Couldn’t be prouder of the group. The guys responded brilliantly. After the first loss, had a lot of hope knowing we can still win this.

“I asked the players to respond in a better nature, better way and they responded brilliantly. Challenging your players within the group, need characters to stand up.” It was one of the strongest Indian teams on paper against one of the weakest South African teams on paper. However, the operative word here was “on paper” as Elgar’s unheralded bunch showed a lot of character in punching above their weight and also getting heavily rewarded for their relentless efforts.

Elgar lavished praise on his inexperienced bowling attack that kept on asking tough questions of the Indian batters. “The way our bowling unit delivered throughout the series is brilliant. I threw down the challenge after the first game and the guys responded brilliantly. It’s unreal to see how a group that doesn’t have the repertoire or names can gel together as one. If you want to operate at a high performance level, have to have tough chats. If guys don’t like it, it’s up to them to deal with.

“I’ve got an old-school mentality with new-school twist. Laid down challenges to senior players as well, great to see them take it on board and deliver.”

Next Story : What Kohli did is immature: Gautam Gambhir