The social media accounts of the Board of Control for Cricket in India (BCCI) showed pictures of Prasidh Krishna, Deepak Chahar, Shikhar Dhawan, Shardul Thakur, Mohammed Siraj, Ruturaj Gaikwad and Rahul Tripathi in the flight 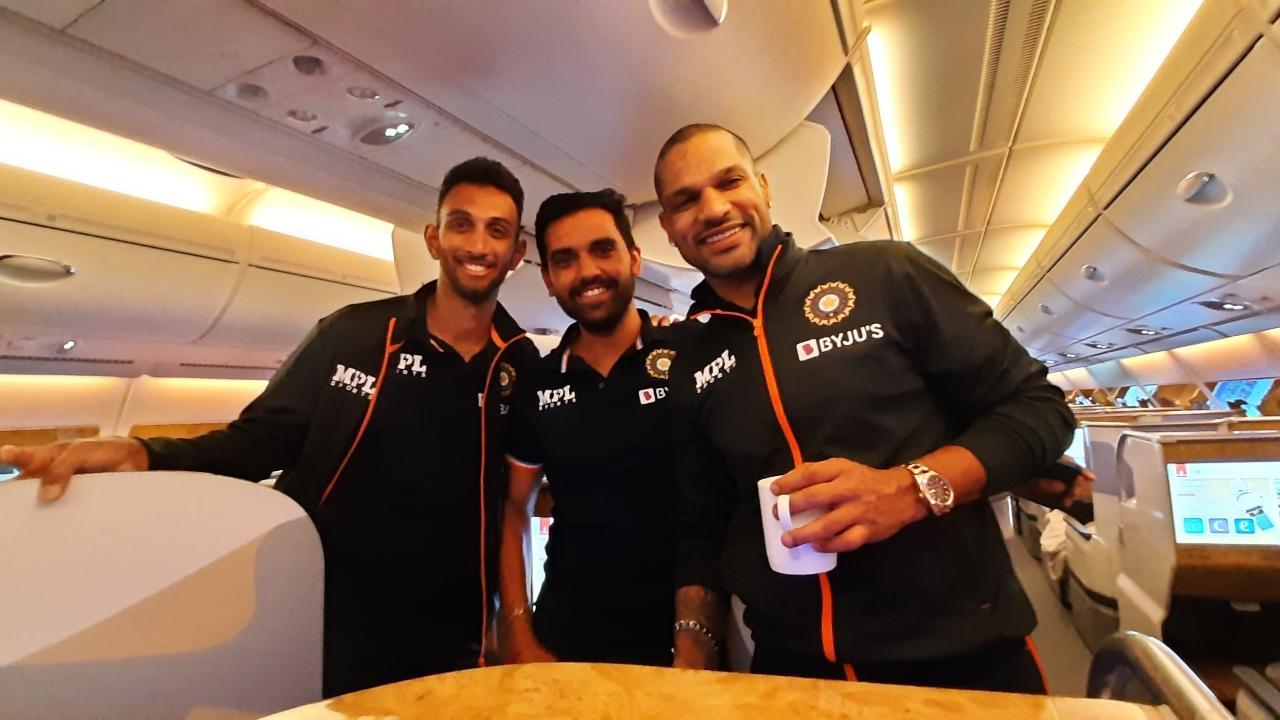 
The India men's cricket team, led by opener KL Rahul, left for Zimbabwe on Saturday morning ahead of the three-match ODI series, starting from August 18, followed by two more matches on August 20 and 22 at the Harare Sports Club.

The social media accounts of the Board of Control for Cricket in India (BCCI) showed pictures of Prasidh Krishna, Deepak Chahar, Shikhar Dhawan, Shardul Thakur, Mohammed Siraj, Ruturaj Gaikwad and Rahul Tripathi in the flight.

NCA head VVS Laxman was also spotted, suggesting that he could be the head coach for the ODI series against Zimbabwe.

When the Indian team was in England for the rescheduled fifth Test in Edgbaston, Laxman was with the T20I squad as the head coach in Ireland and was present for the first T20I at Southampton as well.

The series is part of the ICC World Cup Super League and massively important for Zimbabwe in order to finish in the top eight of the table. If that happens, Zimbabwe will be eligible for direct qualification to the ODI World Cup in India next year. India have automatically qualified for the mega event by virtue of being the hosts.

India will be captained by Rahul, who was added to the squad on August 11. He will take up leadership duties in place of Shikhar Dhawan, who was earlier named as captain and will now be Rahul's deputy.

Next Story : India have better pacers in T20 than Shami: Ponting