IND v SA, 2nd T20I: Death overs an area where we will be challenged with bat & ball, says Rohit Sharma

"It is something that all of came together for and said 'this is what we wanted to do as a team'. It might not come across at times, but we want to stick to it. What I have seen in the last 8-10 months is individuals putting their hand up and getting the job done for the team" 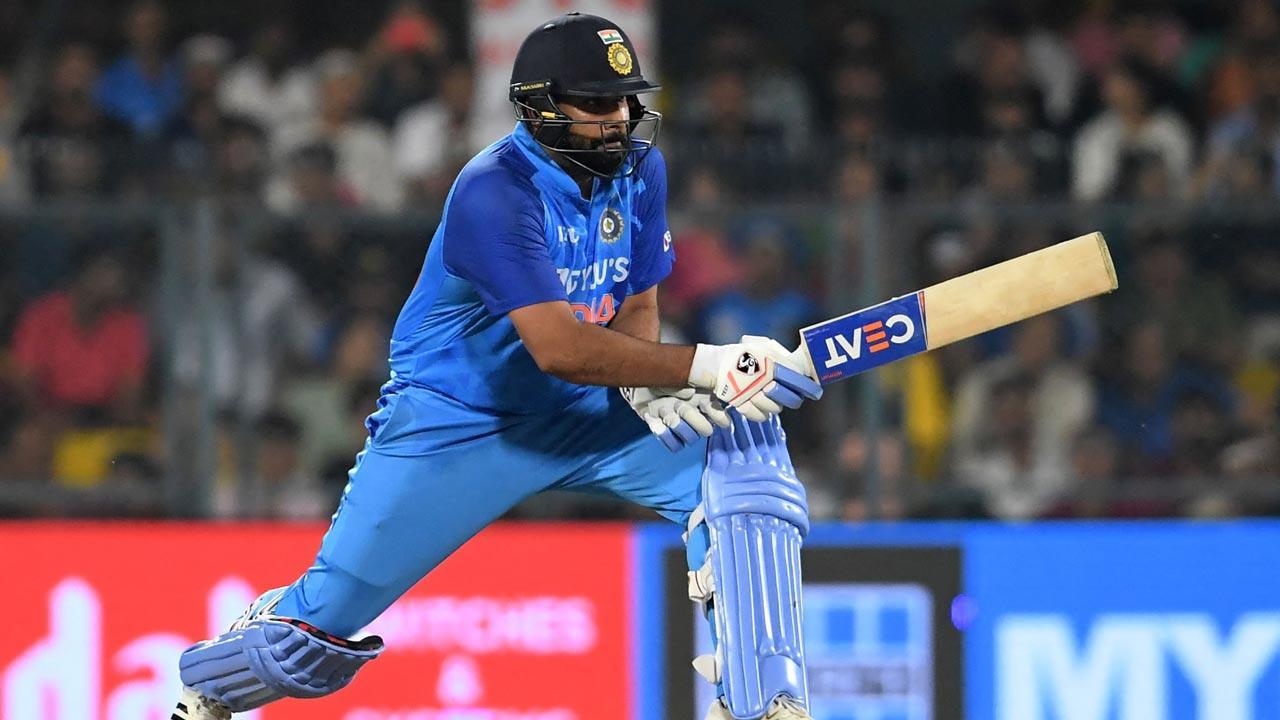 India's captain Rohit Sharma watches the ball after playing a shot during the second Twenty20 international cricket match between India and South Africa at the Assam Cricket Association Stadium in Guwahati. Pic/AFP


Though India eventually prevailed over South Africa in a run-fest to win the second T20I by 16 runs and take an unassailable 2-0 lead, skipper Rohit Sharma feels that death overs will continue to be an area where his side will be challenged with the bat as well as with the ball.

In a match yielding an aggregate of 458 runs at the Barsapara Cricket Stadium, India's batters made 82/1 in the death overs with the bat, feasting on South Africa's ordinary bowling.

In response, the Indian bowlers also got some pasting from a whirlwind David Miller and Quinton de Kock, with Arshdeep Singh conceding 26 runs in the 19th over and Axar Patel giving away 20 runs in the final over.

However, it is to be noted that the bowlers struggled to grip the ball well in extremely humid conditions, where the humidity levels were as high as 94% during the match in Guwahati.

"Yes, there is a concern to be honest, as we have not bowled well at the death in the last five or six games. We are doing the same to the opposition as well. To bowl and bat at the death is very tough. That is where the game is decided."

"But that is the area where we will be challenged. We do it with the bat too. The expectations are high. It is not concerning, but we need to pick ourselves and get our act together," said Sharma in the post-match presentation ceremony.

One thing which really stood out for India was the collective effort with the bat as they continued with their high-attacking approach in the format. Opener K.L Rahul made an eye-pleasing 57 of 28 balls before Suryakumar Yadav brought to put on display his full repertoire of 360-degree shots for a sizzling 61 off just 22 balls. Skipper Sharma himself made 43 while Virat Kohli was unbeaten on 49 and Dinesh Karthik applied finishing touches with two sixes and a four in his 17 not out.

"It is something that all of came together for and said 'this is what we wanted to do as a team'. It might not come across at times, but we want to stick to it. What I have seen in the last 8-10 months is individuals putting their hand up and getting the job done for the team."

"In the recent past, the focus has been on each individual to come in and do the job, we've moved forward from there. Guys without too much experience did this as well. The team wants to play and bowl in a certain way and we want to give them that confidence," added Sharma.

Sharma signed off by jokingly saying that he's considering getting Suryakumar to skip matches till their T20 World Cup opener against Pakistan on October 23 at MCG. "I am thinking of not playing Surya anymore and play him directly on the 23rd. This is how his game is and we just want to keep him happy."

Next Story : Jasprit Bumrah ruled out of T20 World Cup