In both T20s, India showed a start-to-finish aggressive intent despite losing wickets, which ultimately formed the cornerstone of the wins 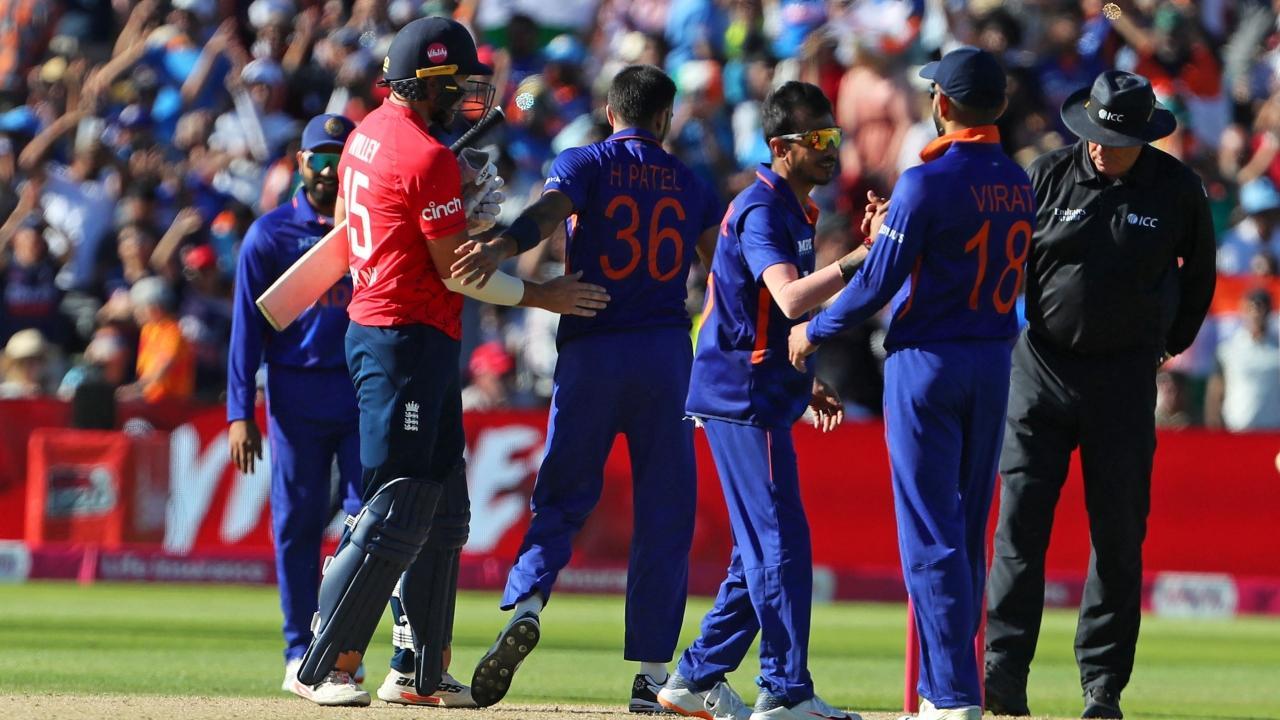 
India have "a real powerhouse of a T20 team" available at their disposal that looks strong from top to bottom with an equally capable bench, feels former England spinner Ashley Giles.

India cantered to a 49-run win in the second T20I against hosts England, taking an unassailable 2-0 lead in the three-match series.

"It's a real powerhouse T20 team India have available," Giles told 'ESPNCricinfo'. The visitors had won the previous T20I in similar fashion. Without the likes of star players Virat Kohli, Jasprit Bumrah and Rishabh Pant in the team, India had notched a 50-run win in the series opener.

"India look a really strong unit from the top to the bottom. If you look at the changes from the first T20I to this one (second T20I). You could have easily played that team and the result would have been similar," Giles said.

"You look at that bowling attack, it was incredibly strong."

In both T20s, India showed a start-to-finish aggressive intent despite losing wickets, which ultimately formed the cornerstone of the wins.

"You got to keep pressuring bowlers. Some time bowlers can have their days but no matter how many wickets you lose you have to keep going and get as many runs as you can and this India side is more the capable of doing that."

The T20 World Cup is scheduled to be played in October and November in Australia. India had suffered an embarrassing group-stage exit in the marquee event last year.

Next Story : Virender Sehwag backs the idea to have Rishabh Pant opening the batting for India