India vs South Africa: Rishabh Pant not a certainty in Indian T20I side, says Wasim Jaffer

Pant, 24, is leading India in the ongoing five-match T20I series against South Africa. He was named the captain after KL Rahul, who was initially picked as the skipper, was ruled out of the series due to a groin injury 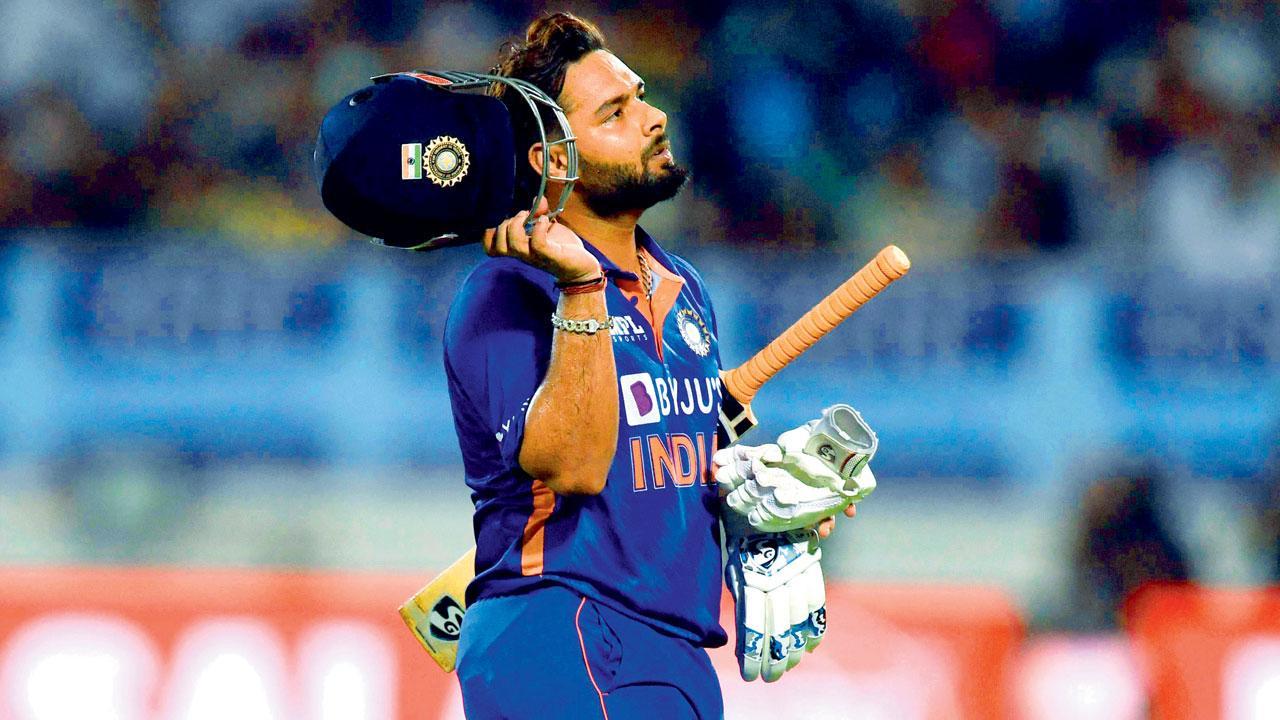 Rishabh Pant reacts after being dismissed in the 4th T20I. Pic/AFP


Expressing concerns over Rishabh Pant’s form in T20I cricket, former India opener Wasim Jaffer has said that the wicketkeeper-batter has not been able to replicate his Tests’ success in the shortest format of the game and the left-hander is not a certainty in the Indian side going forward.

Pant, 24, is leading India in the ongoing five-match T20I series against South Africa. He was named the captain after KL Rahul, who was initially picked as the skipper, was ruled out of the series due to a groin injury.

The left-handed batter had a decent IPL 2022 campaign with Delhi Capitals wherein he scored 340 runs in 14 matches but he has been struggling to get going in the ongoing T20I series, having managed just 57 runs in four matches. He was out for 17 during the fourth T20I at Rajkot on Friday. The more concerning thing about Pant is the way he is throwing his wickets away more than once.

“You’ve got KL Rahul. Once he comes back, he walks into the side. He’s a wicketkeeper as well. If Dinesh Karthik is certain to play, then again, he is also a wicketkeeper. So, I am not too sure. The way Rishabh Pant has played recently, I won’t call him a certainty,” Jaffer told ESPNcricinfo.

Next Story : India, Pakistan cricketers could team up for Afro-Asia Cup