While walking back to the pavilion after he was dismissed by Mohammad Hasnain, Stoinis mimicked a throw which looked to be suggesting that he was taking a jibe at Hasnain's bowling action 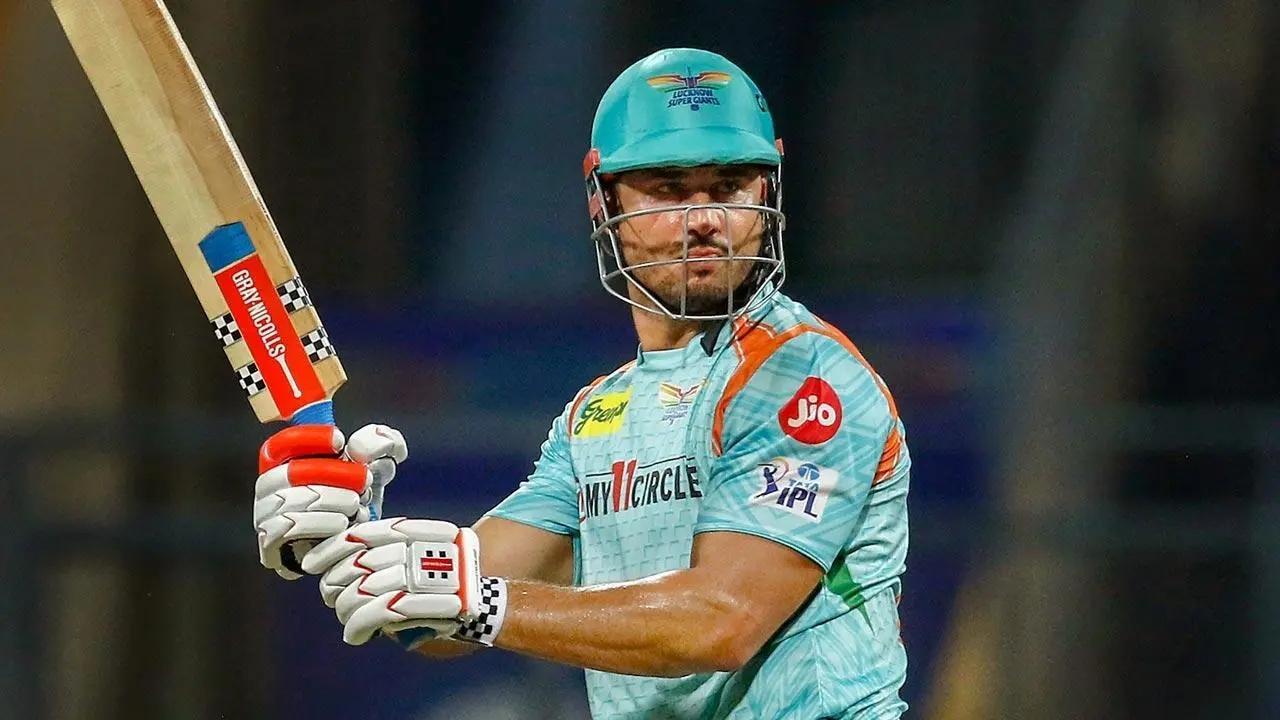 Stoinis top-scored with 37 off 27 balls for the Brave on Sunday evening and was dismissed by Hasnain, top-edging a pull to mid-off. He fell after sharing a 55-run partnership with captain James Vince for the second wicket.

While walking back to the pavilion, Stoinis mimicked a throw which looked to be suggesting that he was taking a jibe at Hasnain's bowling action.

On social media, Stoinis was widely criticised for his attempt to question the legality of Hasnain's bowling action.

"This is shocking! Hasnain has been cleared & it has nothing to do with Stoinis," wrote former player Azeem Rafiq on Twitter.

"Who does Marcus Stoinis think he is? He got dismissed by Mohammad Hasnain tonight in #TheHundred and he went off signalling as if Hasnain was chucking! Disrespectful, really! If you can't play him, you know where the dressing room is. You're not Ricky Ponting, pipe down!" wrote a cricket fan on Twitter.

"They cannot play him. First Henricks then Maxwell and now Stoinis. Hasnain is nightmare for Australians," commented another fan.

"I was wondering what Stoinis was doing, and now it seems pretty obvious. Calling Hasnain a chucker like this -- sour grapes. Really poor sportsmanship and reminds me of the 2000 Aussie team attitude to subcontinent teams," typed a cricket enthusiast.

Earlier this year, Hasnain was found guilty of having an illegal bowling action and was suspended from bowling. His action was then reported by umpire Gerard Abood after bowling in the BBL match between Sydney Thunder and Adelaide Strikers on January 2.

In June, he was cleared to bowl again after his remodelled action, especially the elbow extension, was found to be within the permissible limits. It remains to be seen if Stoinis will face disciplinary action or not for his gestures after falling to Hasnain.

Next Story : Biggest challenge for Australia is coming to India and winning: Glenn McGrath