Swayam was unbeaten on 77 on the opening day 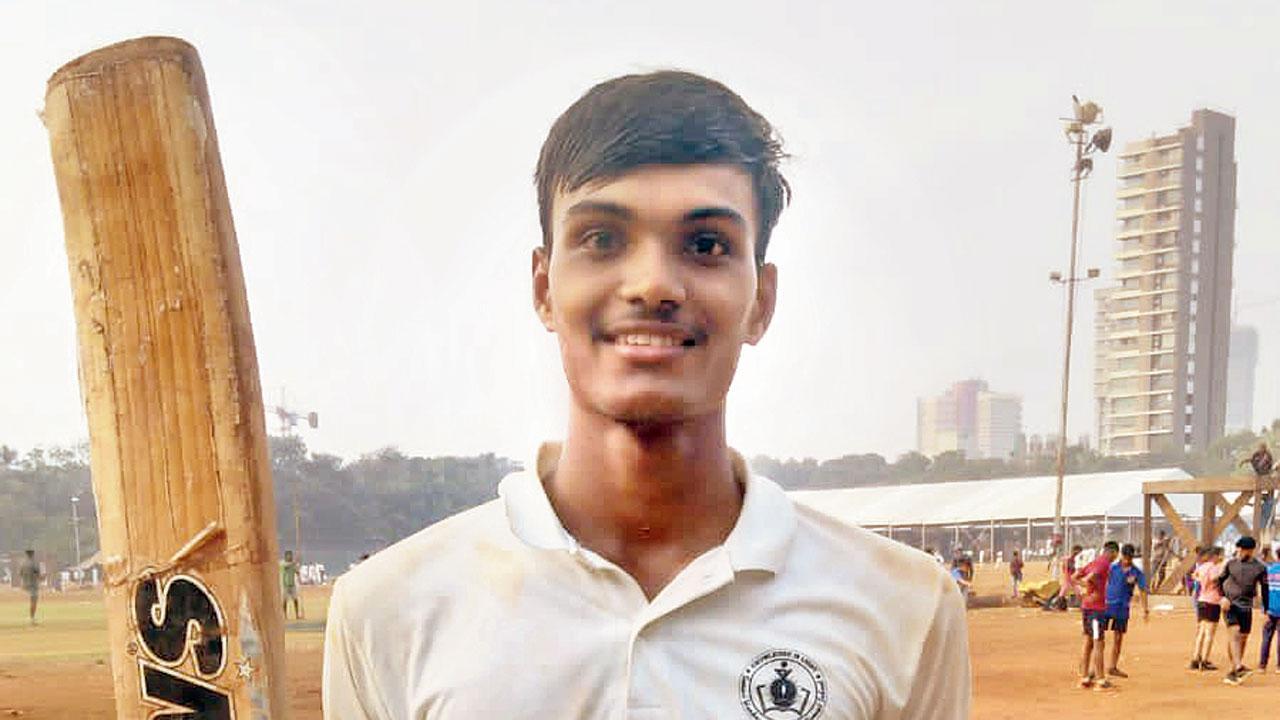 
Swayam Sail (114 not out) of Swami Vivekanand International School (Kandivli) went on to score a hundred on Day Two of the Harris Shield Super League, to join teammate Shaun Sharan (158) as the team’s second century-maker in their match against IES Secondary School, Mulund on Friday.

Swayam was unbeaten on 77 on the opening day. The Kandivli school posted 352-6 declared in 82 overs to which IES replied with 216 (73.4 overs) in a drawn game. Deven Shinde top-scored with 75 for IES.
Meanwhile, Al Barkaat MMI English School registered a victory over Vasant Vihar.

Next Story : Mumbai knocked out by UP in Vijay Hazare Trophy