Sarfaraz and skipper Hanuma Vihari (62 not out) stitched a 187-run, fourth wicket stand to help ROI post 205-3 at stumps in response to Saurashtra’s 98 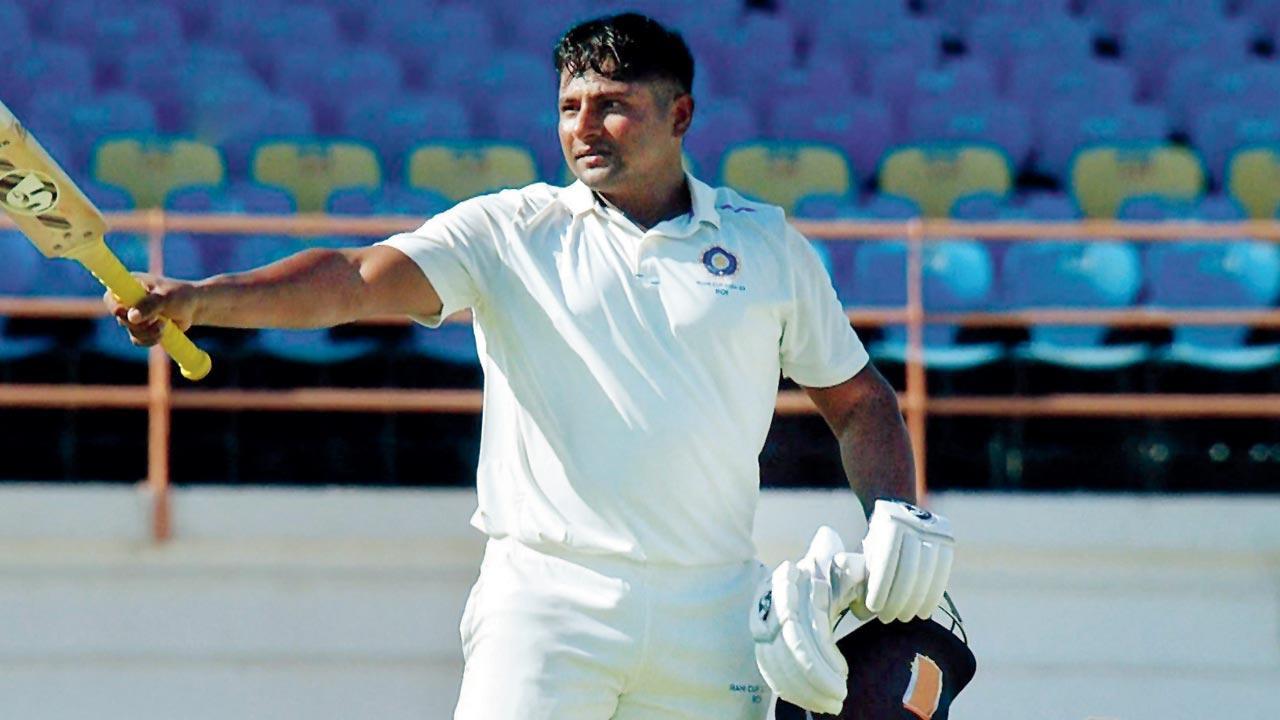 
Rest of India’s Mumbai lad Sarfaraz Khan continued his rich vein of form to score an unbeaten 125 (19x4, 2x6) against 2019-20 Ranji Trophy champions Saurashtra on Day One of the Irani Cup in Rajkot on Saturday.

Sarfaraz and skipper Hanuma Vihari (62 not out) stitched a 187-run, fourth wicket stand to help ROI post 205-3 at stumps in response to Saurashtra’s 98.

Last week, Sarfaraz, 24, scored a scintillating 127 not out to help West Zone clinch the Duleep Trophy in the final against South Zone at Coimbatore.

Put in to bat, Saurashtra were bundled out in 24.5 overs. Pacers Mukesh Kumar (4-23), Umran Malik (3-25) and Kuldeep Sen (3-42) wrecked havoc with a disciplined line. The pacers were well-supported by fielders taking some really difficult catches.

ROI lost their Top Three batsmen inside the first five overs, thanks to left-arm pacers Jaydev Unadkat and Chetan Sakariya, who claimed two and one wickets respectively.

Sarfaraz and Vihari joined hands to rescue the team from the early jolts.

Sarfaraz derived confidence from his double century against Saurashtra in the Ranji Trophy in February. “I had scored 275 against this team [Saurashtra] in Ahmedabad. So, I knew them [bowling attack] very well and I know my ability,” Sarfaraz told Sunday mid-day.

The attacking stocky batsman said Vihari’s composed knock helped him play his natural game. “It was a difficult pitch. It was hard and had a lot of bounce. We lost some early wickets as well, but I am used to batting in such situations. I enjoy playing in such conditions. Vihari bhai steadied one end and that allowed me to play my natural game,” said Sarfaraz.