Whatever we have done I don't think it was any crime: Harmanpreet Kaur on the run out 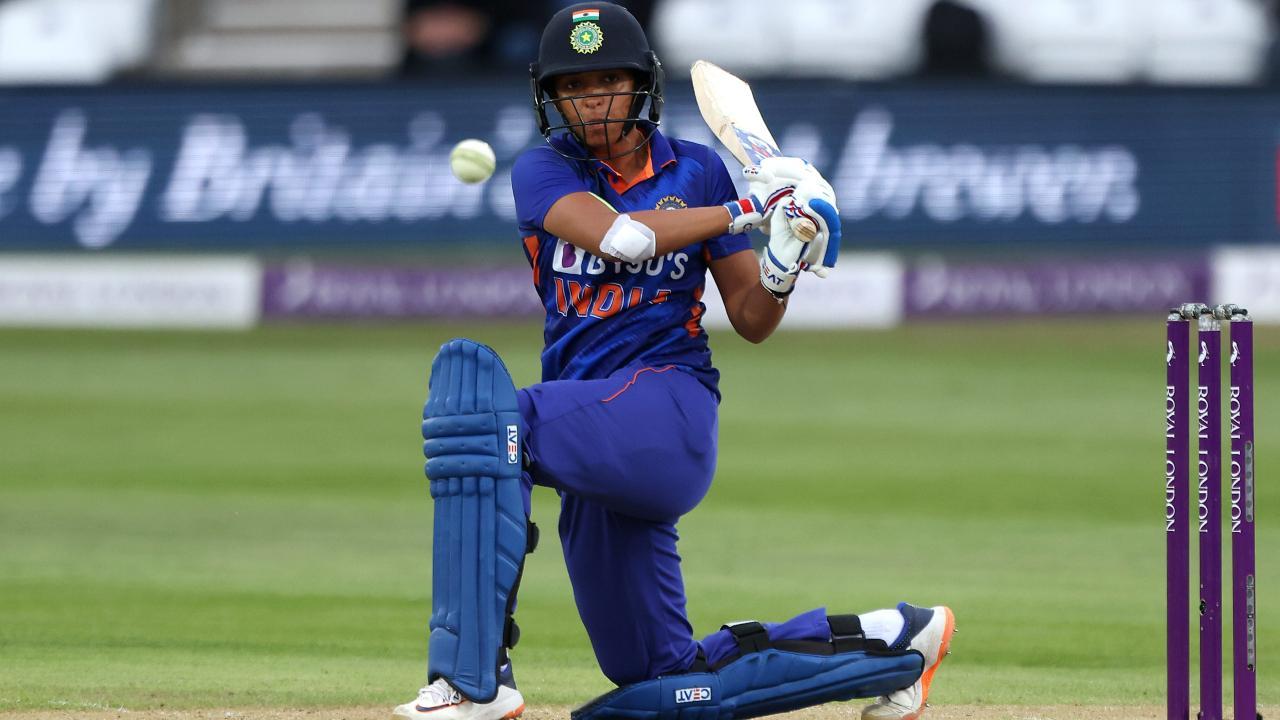 
India women's team captain Harmanpreet Kaur says her side had committed "no crime" after completing a first-ever whitewash in ODIs on English soil with a legal yet debatable run out. Harmanpreet was responding to questions on the run out effected by her bowler Deepti Sharma at the non-striker's end to claim the crucial wicket of Charlie Dean, after the batter had backed up too far, and end England's innings 17 short of the target of 170 in the third and final ODI here on Saturday. Batting at number nine, Dean had staged a dramatic recovery with a fighting 47 and shared a 35-run stand with No. 11 Freya Davies to put England within reach of the target after the hosts had slipped to 65 for 7 and then 103 for 8.

"Today whatever we have done I don't think it was any crime," Harmanpreet said at the post-match press conference. "It is part of the game and it is an ICC rule and I think we just need to back our player. I'm actually very happy she was aware of that, and the batter she is taking too long a stride I think. I don't think she has done something wrong and we just need to back her." The India skipper, who was named the Player of the Series, did not agree that the controversy took the sheen off the legendary Jhulan Goswami's farewell game. "I don't think so, because, like I said, I don't think we have done any crime. I don't think we need to talk about that because the first nine wickets were also very important and everybody was working so hard. "It was a chaseable total but the way our bowlers bowled and the whole team putting in the effort, there were a lot of things to celebrate other than just talking about the last wicket."

Harmanpreet was annoyed with the line of questioning at the presentation ceremony, when the presenter kept harping on the the run out, instead of the Indian team's historic series triumph that was built on the back of a terrific all-round display. "Well, to be honest I thought you will ask about the nine wickets which was not easy to take as well. It's part of the game. I don't think we have done something new. It shows your awareness, what batters are doing," Harmanpreet said. "I will back my players, she hasn't done something outside the rules. After the first game we discussed, we wanted to do really well, we have that much potential. We want to continue this kind of cricket."

At the post-match presser, she also pointed out how India suffered when Smriti Mandhana was given out in the third match of their T20I series, which England won 2-1, despite the ball touching the ground after Sophie Ecclestone went for the catch. Very recently only the ICC reiterated the dismissal was completely legitimate, moving it from 'unfair play' to 'run out'. The MCC Law 41.16.1 states: "If the non-striker is out of his/her ground at any time from the moment the ball comes into play until the instant when the bowler would normally have been expected to release the ball, the non-striker is liable to be run out." Weighing in on the run out, England's senior seamer Kate Cross, who grabbed 4/26 with the ball, said this sort of dismissal will always divide opinion.

"I think it's a dismissal that's always going to divide opinion. That's all that's ever going to get said about it: some people are going to like it, some people aren't. "Deepti chose to dismiss Charlie Dean that way. I'm more disappointed for Charlie Dean that she couldn't get a fifty at Lord's today because she looked set to do that," Cross said. "If we're looking at the real positives, then maybe that's the only way they could have got Deano out today. "Losing any game of cricket is disappointing. Ultimately it's Deepti's choice how she goes about that, and we've lost that game of cricket. What we did say in the dressing room was that we didn't lose that game of cricket because of that last wicket," Cross added. A teary-eyed Dean, after an initial show of anger when she also threw her bat to the ground, composed herself and shook hands with the Indian players.