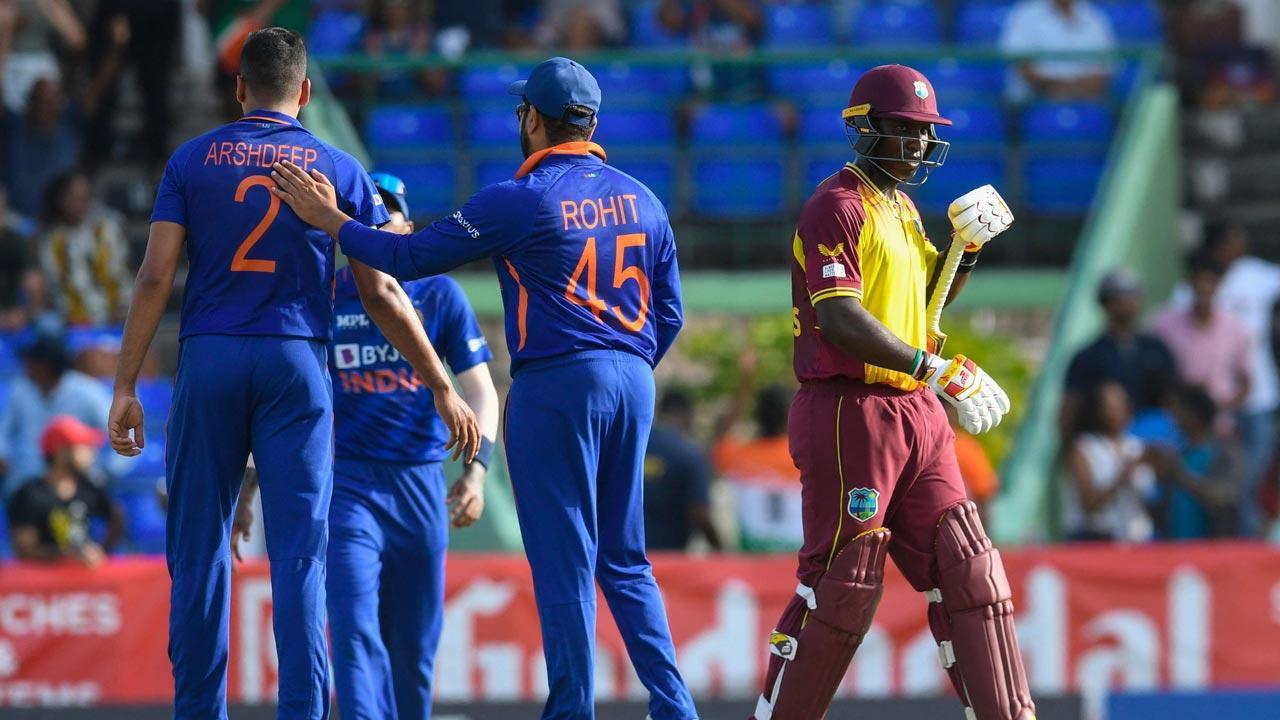 Devon Thomas (R), of West Indies, walks off the field not out, while Rohit Sharma (C), of India, cheers on teammates after losing the second T20I match between West Indies and India at Warner Park in Basseterre, Saint Kitts and Nevis. Pic/AFP


Cricket West Indies (CWI) have said that the start of Monday’s second T20I between India and West Indies is shifted to 10pm Indian Standard Time (IST), which is 12pm local time due to significant delays in crucial team luggage arriving into St Kitts from Trinidad.

As per the schedule, the match at Warner Park was to begin at 8pm IST and 10:30am local time. “Due to circumstances beyond CWI’s control, there have been significant delays in crucial team luggage arriving into St Kitts from Trinidad.”

“CWI regrets any inconvenience caused to our valued fans, sponsors, broadcast partners and all other stakeholders. Stadium gates now open at 10.00am,” said an official statement by CWI.

Next Story : Rohit Sharma defends his decision to give Avesh Khan the last over vs WI