Tuchel claimed "maybe it would be better" for Anthony Taylor not to referee Chelsea again, with the Blues boss incensed that both of Spurs' goals stood at Stamford Bridge 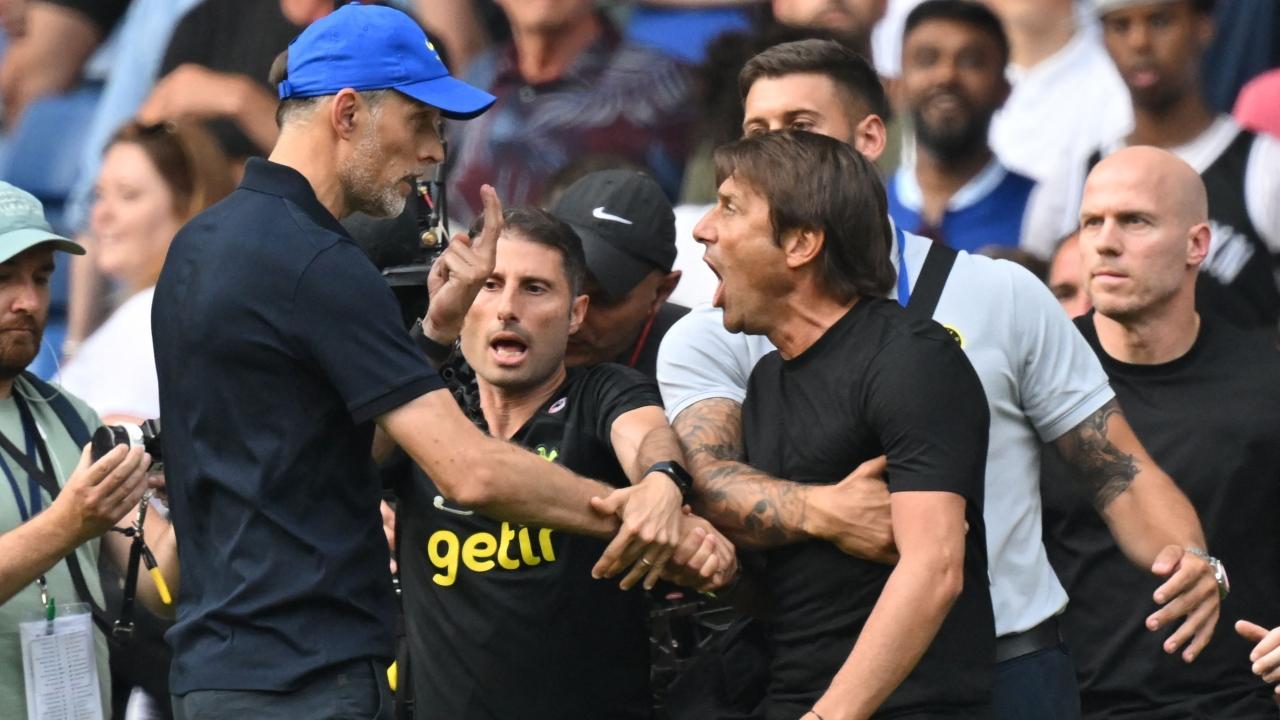 Antonio Conte and Thomas Tuchel shake hands then clash after the match between Chelsea and Tottenham Hotspur.Pic / AFP

Tuchel claimed "maybe it would be better" for Anthony Taylor not to referee Chelsea again, with the Blues boss incensed that both of Spurs' goals stood at Stamford Bridge, reports DPA.

Both managers were booked for the first bust-up, then sent off at full-time when a niggly handshake between the pair sparked further ugly scenes.

Tuchel accepted in the aftermath on Sunday that he would be likely to face FA punishment, and now the governing body has moved to follow up with an investigation.

Kalidou Koulibaly volleyed home Marc Cucurella's corner, before Pierre-Emile Hojbjerg hit back for Spurs. Reece James fired home to put Chelsea back in front in the closing stages, only for Harry Kane to nod home in the sixth minute of second-half added time.

Tuchel lamented both Spurs' goals being allowed to stand, claiming Richarlison was offside for Hojbjerg's effort and that after Chelsea had claimed a foul on Kai Havertz in the build-up.

The Blues were then left furious that Christian Romero was not punished for pulling Cucurella's hair, with a VAR check ruling out a red card but then not imposing any sanction.

"Since when can players have their hair pulled, since when is that? And if he does not see it, I don't blame him - I didn't see it. But we have people at VAR who check this, and then you see it. And then what?"

"And how can this not be a free-kick, and then a red card? How? This does not even have to do with the referee in this case. If he does not see something that's why we have people to check if this is a decisive error or not," he said.

Asked if he had a problem with the officiating, Tuchel said on the club's website: "Absolutely. The fans and the whole dressing room. I cannot understand how the first goal is not offside, and I cannot understand since when players can pull other people's hair and stay on the pitch. There is no explanation, and I don't want to accept it. I have no words for it. Both goals should not stand, and then it's a fair result."

Next Story : Bayern Munich's young jewel Jamal Musiala is making sure Lewandowski is not missed