Alaba sprinted from the bench and went straight to the free kick spot, then curled a well-struck shot that went over the wall and hit the post before going in. The goal completed Madrid's comeback as they won 2-1 vs Almeria 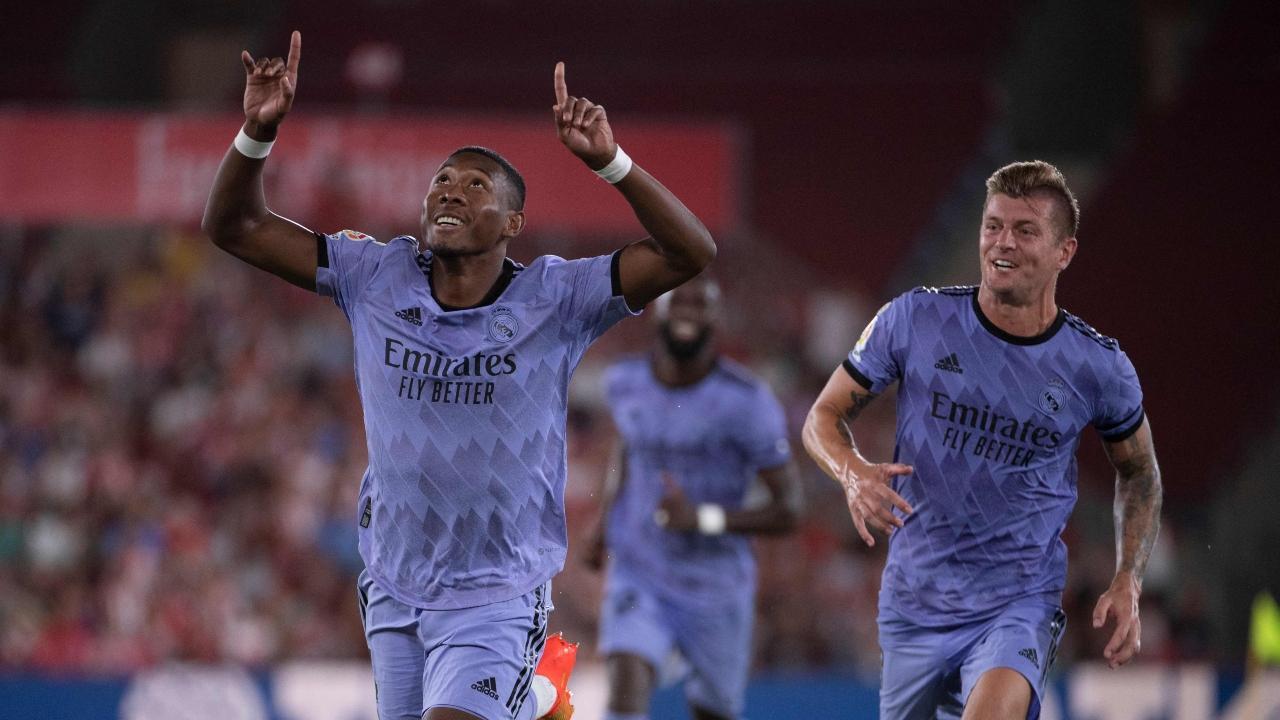 Alaba came off the bench and immediately scored from a 75th-minute free kick to give defending champion Madrid a 2-1 come-from-behind win at promoted Almería.

Alaba sprinted from the bench and went straight to the free kick spot, then curled a well-struck shot that went over the wall and hit the post before going in.

Almería, the Saudi-owned club promoted after seven consecutive seasons in the second division, had opened the scoring six minutes into the match with Largie Ramazani. The young Belgian forward broke through behind the Madrid defenders before finding the net past goalkeeper Thibaut Courtois.

Madrid had been pressing since conceding and equalized with Lucas Vázquez from close range after an assist by Karim Benzema in the 61st. Vázquez had already had a goal disallowed for offside just before halftime.

Also Read: Both goals by Tottenham Hotspur should not stand: Chelsea manager Tuchel

Madrid on Wednesday began its season by winning the UEFA Super Cup against Eintracht Frankfurt, when Alaba also scored.

New signings Antonio Rüdiger and Aurélien Tchouaméni made their debuts with Madrid as starters, with Luka Modric, Casemiro and Eden Hazard entering the match in the second half.

Coach Carlo Ancelotti could not count on defender Dani Carvajal and forward Rodrygo because of injuries.