British press claim England were boring, but truth is, USA were splendid in 0-0 draw and almost beat the mighty Englishmen 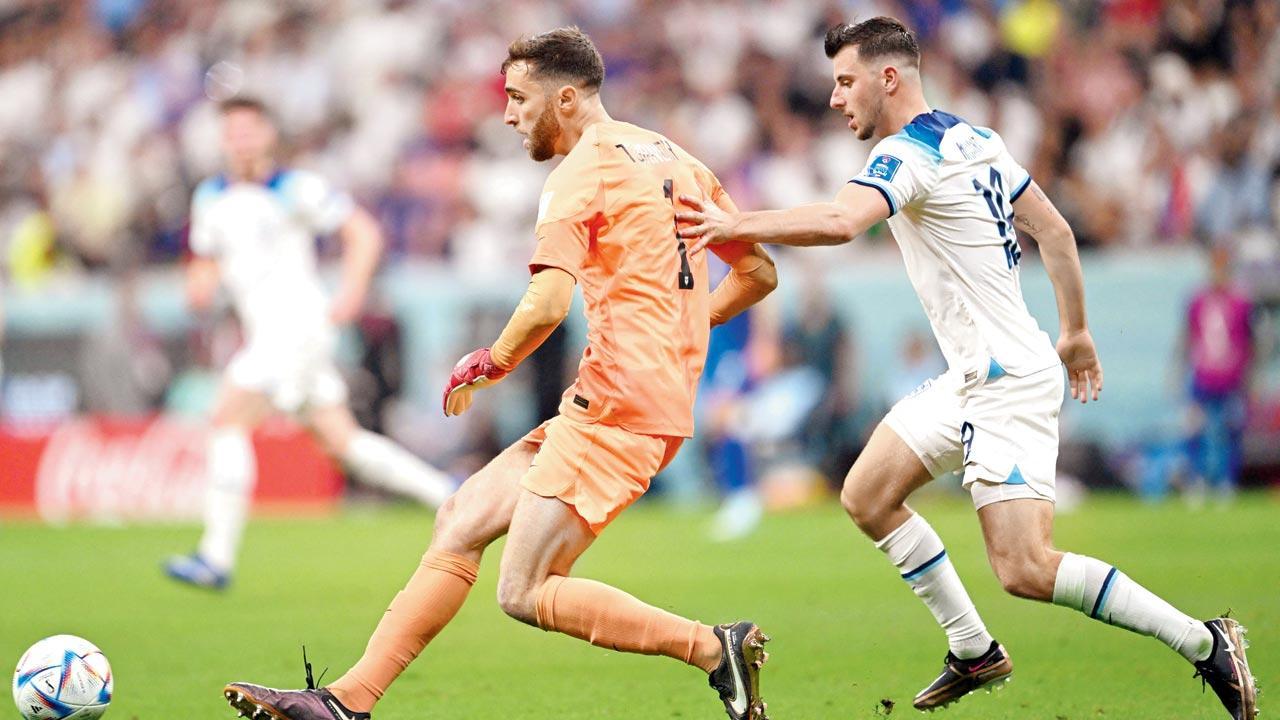 British tabloids on Saturday conveniently sidestepped USA’s brilliance in Friday night’s Group B fixture against England and instead termed the 0-0 draw boring.

Goals alone do not determine the quality of a football match at this highest level. And USA’s sharp defensive play combined with an effective high-press strategy didn’t just nullify England’s attacks, but also saw them almost score against the Three Lions on more than one occasion.

US skipper Adams to the fore

US skipper Tyler Adams was a workhorse throughout the 90 minutes, constantly building his team’s attacks and rushing back to help the defence whenever the rare occasion of an insipid England attack occurred.

Attacking midfielder Weston McKennie had the best chance of scoring in the night in the 26th minute when an aerial ball fell to his feet bang in front of the England goal. However, he only managed to volley it over, and moments later, the English fans, comprising a majority of the 62000-plus crowd, began singing ‘God save our King’.

It was largely a poor show by the Three Lions, who had opened their World Cup account in style, with a 6-2 hammering of Iran recently. The only clear chance for the Englishmen came in the 46th minute when a sharp Mason Mount shot was nicely parried away by a diving US custodian Matt Turner, who had a confident outing under the bar, even stepping up and out of his box to get past the English forwards on one occasion.

Boring is definitely not a word to sum up this encounter. Disappointing is. And while the Americans were disappointed at not being able to finish well, the English should be disappointed about not playing well.

Second-half substitute Jack Grealish admitted the Americans were good. “You shouldn’t underestimate USA. They are a good side, very energetic. They have very good attackers. Christian Pulisic in particular. We knew it would be a difficult game and it was,” he said.

Midfielder Jordan Henderson, also a second-half substitute, couldn’t agree more.  “We are disappointed. We could’ve created more chances and probably scored, but the fact that we defended well and kept a clean sheet is always important. So, it’s not doom and gloom overall,” he said.

England coach Gareth Southgate couldn’t digest the fact his team were booed after the game. “I’m sure there will be a lot of noise. This is the tournament of external noise, but we’re on track and can still win the group. That’s our target,” he said England look to prepare for their final group game against Wales on Wednesday (Nov 30) where a defeat could pre-maturely and embarrassingly end their World Cup given that Iran [three points] and USA [two points] are in promising positions.

USA coach Gregg Berhalter was visibly “pleased with his team’s performance,” and rightly felt that “the final product could be better.”

Next Story : FIFA World Cup 2022: Muntari’s goal jokingly touted to be worth USD200 billion as hosts are toast!