FIFA World Cup 2022: Cameroon crash out despite 1-0 win over Brazil

Martinelli was a live wire in the field and looked in great touch as he made constant runs to the Cameroonian box. However, the rest of the team struggled with their passing and were poor with their link-up play too 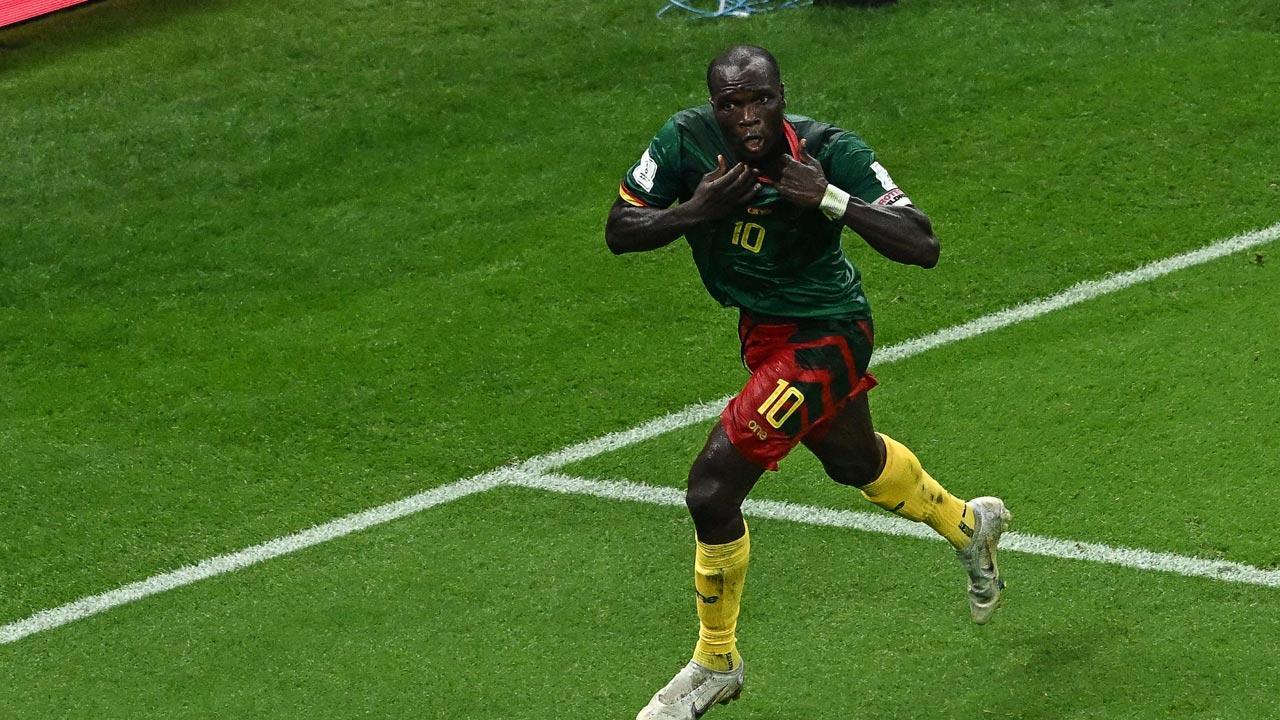 
Cameroon fell short of a knockout berth despite defeating Brazil 1-0 in a Group G encounter at the Lusail stadium on Saturday as they crashed out of the ongoing FIFA World Cup.

A late strike from Vincent Aboubakar in the second minute of the additional time saw Cameroon take the lead, which eventually guided them to a win. The team became the first African nation to win against Brazil in the World Cup.

Cameroon could not advance to the knockout rounds as Switzerland defeated Serbia in the corresponding match resulting in Brazil coming out on top of the group, and the Swiss team coming in second. Serbia and Cameroon depart for home after an entertaining final round of play in Group G.

The second half began with the Brazillian forwards testing Epassy with his goalkeeping skills, looking threatening to score.

Martinelli was a live wire in the field and looked in great touch as he made constant runs to the Cameroonian box. However, the rest of the team struggled with their passing and were poor with their link-up play too.

The game looked to go in the same direction as the first half with neither of the teams able to find the back of the net but Vincent Aboubakar made a spectacular run in the box to head the ball past Ederson from Jerome Ngom Mbekeli's cross, sparking massive celebration in the Cameroonian dugout.

Brazil had the chance to find the equalizer but Martinelli missed as Marquinhos steered the ball in the box from Alves' cross.

The game ended in a shocking 1-0 defeat for Brazil as Cameroon's gritty defence pulled off an upset. Earlier, Cameroon played a goalless first half against Brazil in a must-win game for them at the Lusail stadium on Saturday in the ongoing FIFA World Cup.

The African nation could not take advantage of the lacklustre play by Brazil as they clearly lacked the edge to finish their attacks and score in the Group G match.

Brazil made nine changes from the last game and only two were retained by their coach, with experienced Dani Alves becoming the oldest player at 39 years and 210 days to represent Brazil in the World Cup. Alves stepped onto the pitch as the captain of the side.

The first half began with Brazil looking to dominate right away by keeping possession of the ball. Two yellow cards were issued in the initial 10 minutes as Nouhou Tolo and Eder Militao were booked by the referee.

The five-time World Cup winners had a first real chance at scoring in the 14th minute but Cameroonian goalkeeper Devis Rogers Epassy made a brilliant save to Gabriel Martinelli's shy at the goal.

Cameroon made a run towards the Brazil box in the 20th minute but was cleared by Brazilian keeper Ederson to avoid a shot at the goal.

Antony had a crack at the Cameroonian goal in the 38th minute but the shot lacked the force to burst through and Epassy made a save to deny the forward a goal.

Epassy was in action again as Martinelli did well to get past the Cameroonian defenders and shoot the ball only to be tipped above the goalpost by the keeper in the third minute of additional time.

Cameroonian forward Bryan Mbeumo came close with his header, but Ederson denied him with a fine save in the game's dying minutes to keep the scoreline at 0-0 at the end of the first half.

Next Story : FIFA World Cup 2022:Scintillating Switzerland oust Serbia 3-2, advance to Round of 16