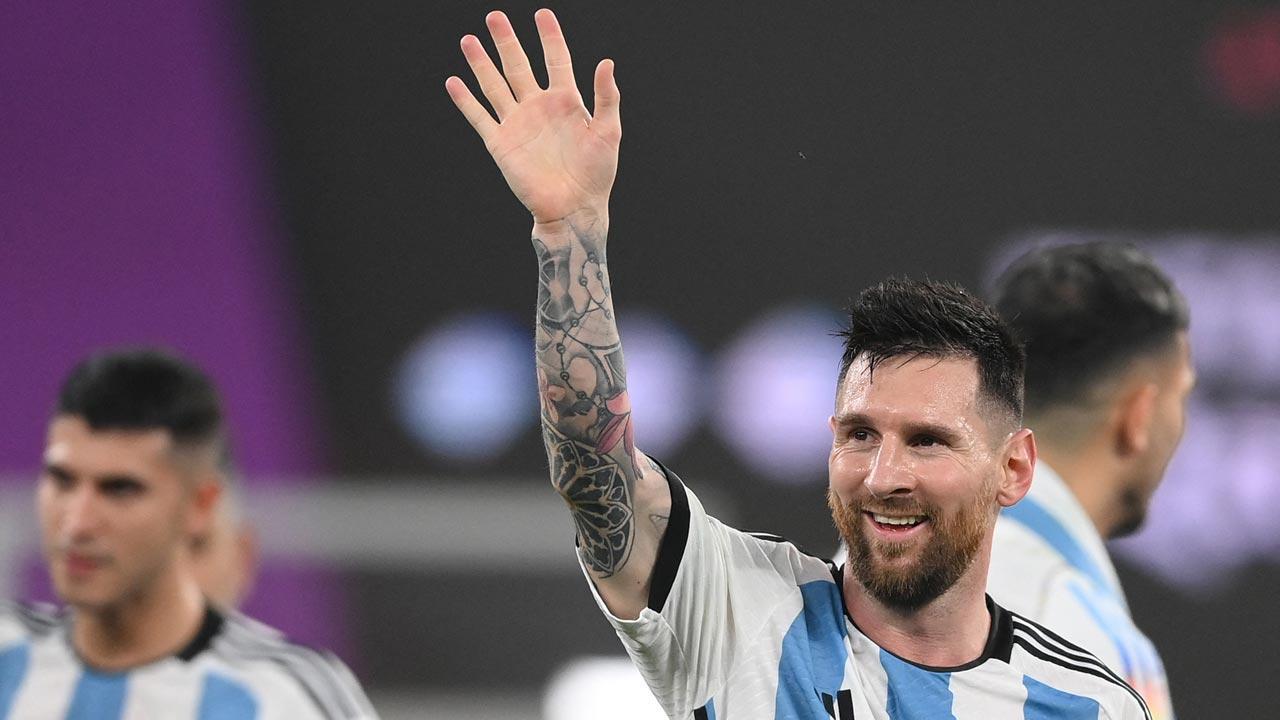 Argentina's forward Lionel Messi celebrates after his team won the Qatar 2022 World Cup round of 16 football match between Argentina and Australia at the Ahmad Bin Ali Stadium in Al-Rayyan. Pic/AFP


Argentina survived some anxious moments against Australia to register a fighting 2-1 win over and move into the quarter-finals of the FIFA World Cup.

At the Ahmed Bin Ali on Saturday, Argentina was able to withstand some last-minute Australian attacks to move into the quarter-finals.

Australia step up pressure in the last ten minutes of normal time and in injury stoppage time but Argentina survive some key moments to keep their citadel intact and advance into the last eight stage.

Argentina went into the half time break with a 1-0 lead.

Messi put Argentina into the lead in the 35th minute while Julian Alvarez made it 2-0 in the 57th minute.

Australia pulled one back in the 77th minute through a own goal which went of a deflection in the Argentina goal if a left footed effort from Aaron Mody.

The goal came of a setpiece situation. Messi who took control of the free kick bent his left-footed try deep which was cleared by defense. The ball did not go far and came back to Messi via two colleagues.

Nicolas Otamendi squaring the ball for Messi inside the box with the striker unleashing a perfect grounded pushing the ball past two Australian defenders and the keeper to make it 1-0 with ten minutes to for the first half whistle.

The second goal for Argentina happened to be a big blunder from Australian keeper Mathew Ryan who made a mess of the backpass.

With two strikers in hot pursuit Ryan preferred to dribble his way but lost control and Alvarez pouncing on the loose ball to send the ball to the back of the nets.

Australia which came with the ocassional move kept themselves in the match with a goal 13 minutes from the final whistle.

Mody left footed drive directed goalwards found Fernandez on the way as it deflected of the Argentina striker and caught Argentina goalkeeper on the wrong and ended in the back of the nets.

Argentina will now take on The Netherlands in the quarterfinals.

With USA and Australia elimination and with The Netherlands and Argentina qualification to the quarters, the other teams which will vie for a place in the quarter finals are: Switzerland, South Korea, Japan, Spain, Morocco, Croatia, Poland, Portugal, Brazil, England, France, Senegal and Switzerland.