There have been numerous instances of Marcus’s kindness. After scoring his first goal during England’s 3-0 win over Wales, he went down on his knees and closed his eyes in prayer to remember a departed friend 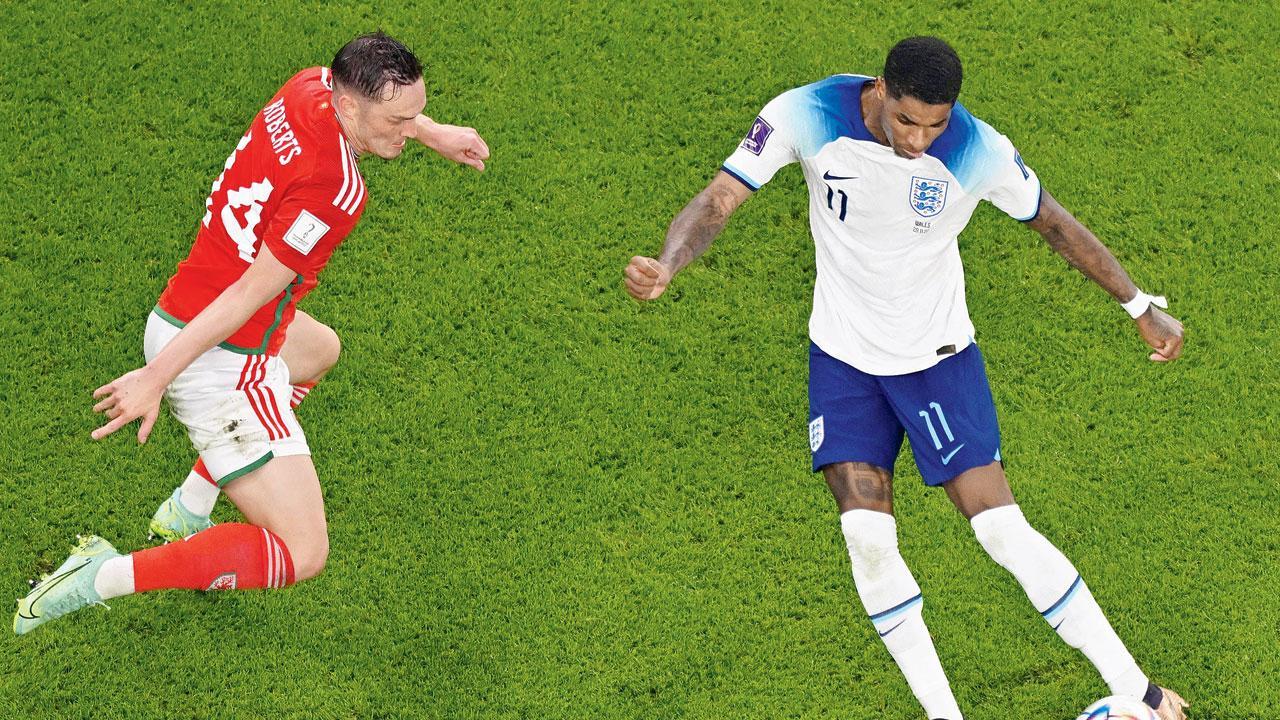 
Marcus Rashford is a good guy. And this is irrespective of the fluent forward’s great ability on the football pitch. There have been numerous instances of his kindness, like when in 2019 he initiated the ‘In the Box’ campaign to help the homeless in Manchester or a year later when he accepted a young fan’s invitation to judge a school poetry competition. Yet, Rashford suffered racial abuse after missing a penalty in England’s Euro 2020 final defeat to Italy. Eventually however, good things happen to good people, and Tuesday night saw Rashford make the most of his first-team opportunity, scoring a brilliant brace as England routed neighbours Wales 3-0 to storm into the Round of 16 where they will meet African champions Senegal on Sunday.

A day before the Wales game, Rashford’s England teammate Kieran Trippier had said that the Al Rihla ball being used here was too light and would fly away if kicked with power, which is why no one had scored off a free-kick. Rashford proved him wrong with a neatly executed free-kick in the 50th minute. Phil Foden, who was also given a start on the night by coach Gareth Southgate, after sitting out their 0-0 stalemate against USA, added the second off a simple tap in a minute later before Rashford got one (68th min) to sneak in between Welsh custodian Danny Ward’s legs to seal the win.

Rashford, 25, who leads Manchester United’s scoring charts with eight goals so far this season, did another good deed on the night. After scoring his first goal, he dropped to his knees and closed his eyes in prayer, in memory of a departed friend. “Unfortunately, I lost one of my friends a couple of days ago. He had quite a long battle with cancer, so I’m pleased I managed to score for him. He has always been a big supporter of mine. He was just a great person and I’m really pleased he came into my life,” the Player of the Match revealed at the post-game press conference. As England look to shake off any excess celebration ahead of their preparation to tame the African Lions next, Rashford’s teammates will be hoping he can continue his good work on the pitch. The world, meanwhile, will be a happier place if he continues his good work off it too. 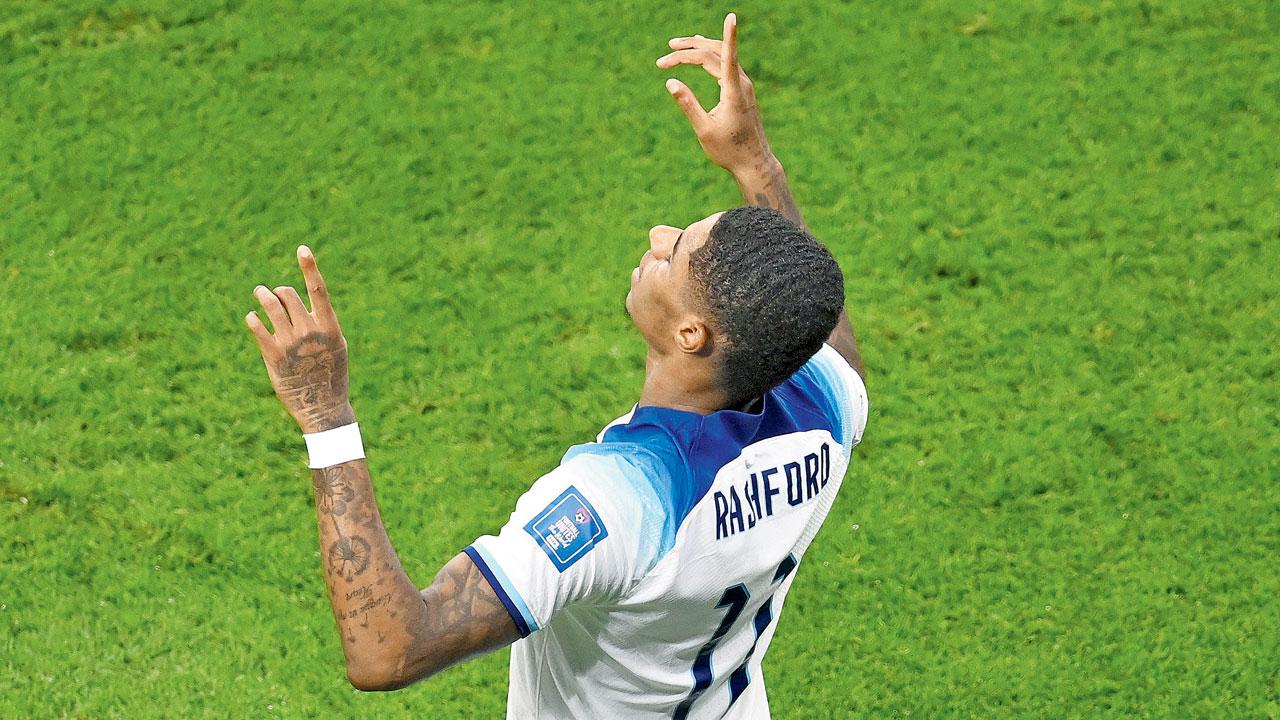 Gareth Southgate says England will go into the knockout stage in better shape and with more belief than in their 2018 run to the semi-finals. “I think there is a different mentality. More belief. Our objectives are different” Southgate said.