Prisha Patel on the prowl for Bombay International

Prisha, who had earlier scored nine goals in the school’s 13-0 win over Rustomjee Cambridge School (Dahisar), has now accumulated 11 goals from three matches 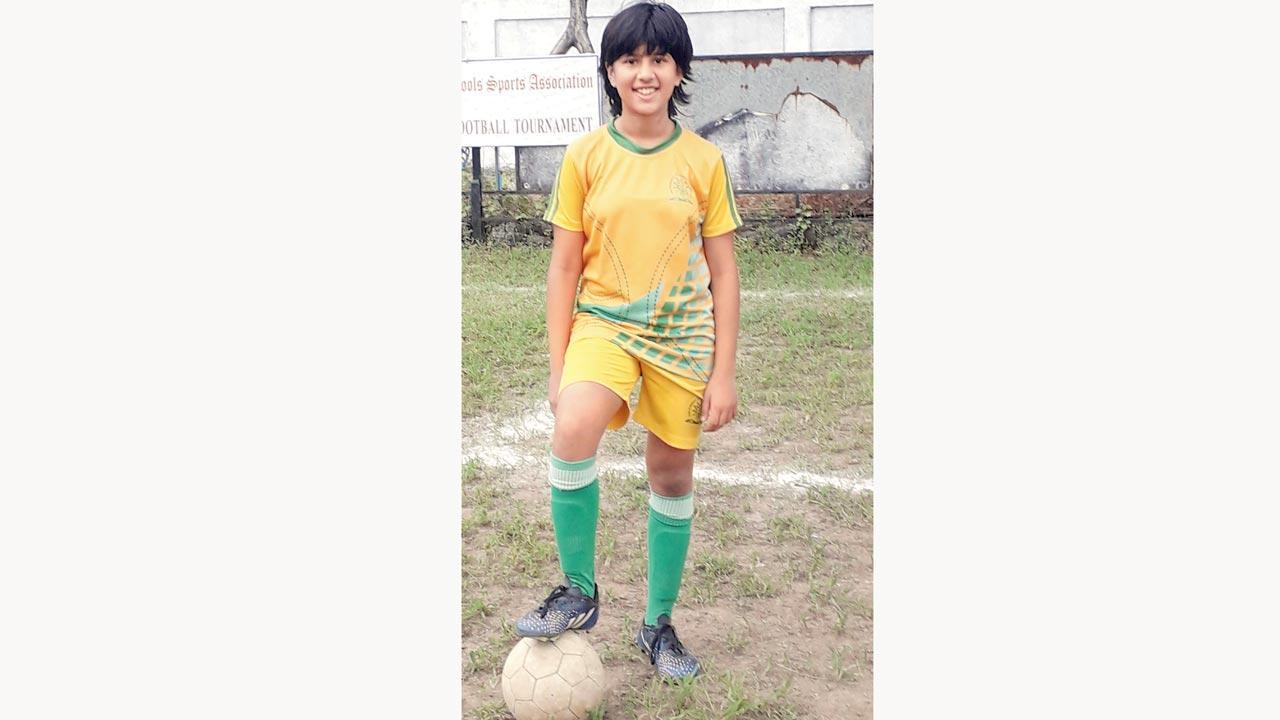 
Prisha Patel, 10, played with plenty of verve and vigour and worked tirelessly in both attack and defence. Her twin strikes from long solo efforts were instrumental in Bombay International School’s (Babulnath) fluent 2-0 victory over Dhirubhai Ambani International School (BKC) in a girls’ U-12 quarter-final match of the MSSA inter-school football tournament at Azad Maidan on Thursday.

Prisha displayed excellent dribbling skills and her ball control was seen all over the ground. With dashing runs, she spearheaded the team’s attack, and when the rivals had ball possession, she was quick to fall back to support the defence and ensured her school came out victorious. Prisha, who had earlier scored nine goals in the school’s 13-0 win over Rustomjee Cambridge School (Dahisar), has now accumulated 11 goals from three matches.

In the first match, Smt RSB Arya Vidya Mandir (Juhu) prevailed over Arya Vidya Mandir (Bandra) 3-0 via the tie-breaker after the match ended in a 1-1 draw. The Juhu girls took the lead through Alysa Hora’s strike, but the Bandra schoolgirls immediately equalised through Myraah Soniminde’s goal. In the tie-breaker, the Juhu school converted through Alysa, Anika Taneja and Avika Tatke, while AVM Bandra failed to convert a single penalty.

Meanwhile, in a boys’ under-12 quarter-final encounter, St Mary’s SSC (Mazagaon) capitalised on the chances that came their way to hand arch-rivals Campion School (Cooperage) a 2-0 defeat.

Zakariya Motiwala scored the opening goal in the sixth minute and Elijah Monteiro tapped in from close the second in the final minute.

Next Story : Jack Grealish: Haaland is not human