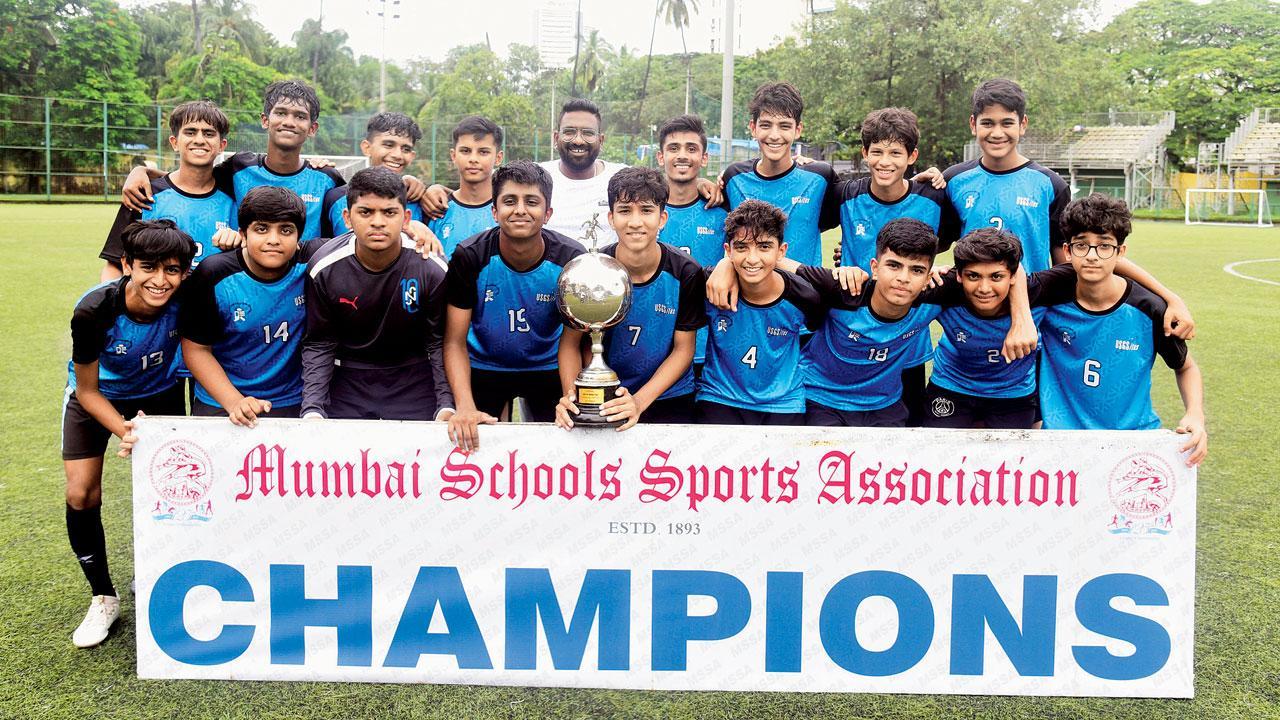 
Swaraj Naik, 15, hogged the limelight, scoring two quick second-half goals after providing the assist for the first, as Utpal Shanghvi Global School (Juhu) recorded a facile 4-0 win against VCW Arya Vidya Mandir (Bandra) in the boys’ U-16 Div-III final of the MSSA inter-school football tournament at Cooperage on Wednesday.

The Juhu school lads combined well to launch a series of attacks into the rival territory. They took the lead in the fourth minute when Swaraj, with a measured pass, found Shounak Shah unmarked inside the opposition box. Shounak trapped the ball, swirled around and unleashed a stinging shot past goalkeeper Vedant Shah, into the roof of the net.

Despite conceding four times, goalkeeper Vedant had a good day under the bar for Arya Vidya Mandir. He showed a lot of courage and some good reflexes as he made a number of brilliant saves to keep the margin of defeat down. Vedant was beaten for the second time when Utpal Shanghvi captain Yashveer Singh scored from a direct 20-yard free-kick in the 12th minute. 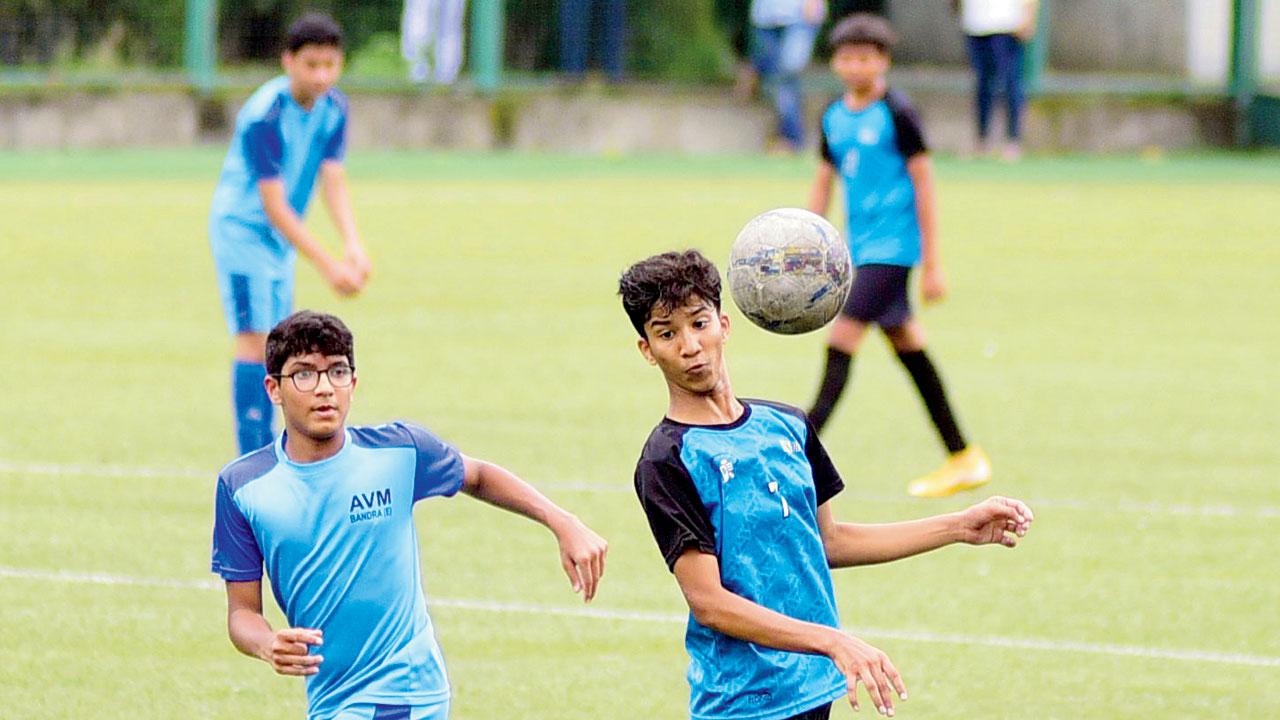 Midway through the second half, Swaraj got his name on the scoresheet as he did well to get to the end of Shounak’s long lob from the right and headed down into the goal in the 30th minute. Four minutes later, he scored his second and the team’s fourth goal from a second attempt after the first was blocked by a defender. Swaraj could have later completed a hat-trick, but his feeble shot landed straight into the hands of custodian Vedant.

“We’ve been training hard under coach Umesh [Shamraj] sir and were confident of winning today, but began a bit tentatively. Thankfully, we settled down soon and dominated the match. We wasted some easy scoring opportunities and their goalkeeper made some superb saves too. I missed my hat-trick. It hurts because that was a one-on-one situation. It would have been the perfect icing on the cake,” an excited Swaraj told mid-day.

Earlier, Gokuldham HS (Goregaon) defeated Dr Sarvepalli Radhakrishnan Vidyalaya (Malad) 2-1 via the tie-breaker after the match ended goalless. Naman Panchal and Prameet Irde were on target for the Goregaon school while only Mikhail Kazi scored for the losing side.

Next Story : Cristiano Ronaldo: I want to play at Euro 2024