In the girls U-16 final, Ananya Shah of Dhirubhai Ambani International (BKC) gave a tough fight to Nirmitee before going down 19-21, 14-21 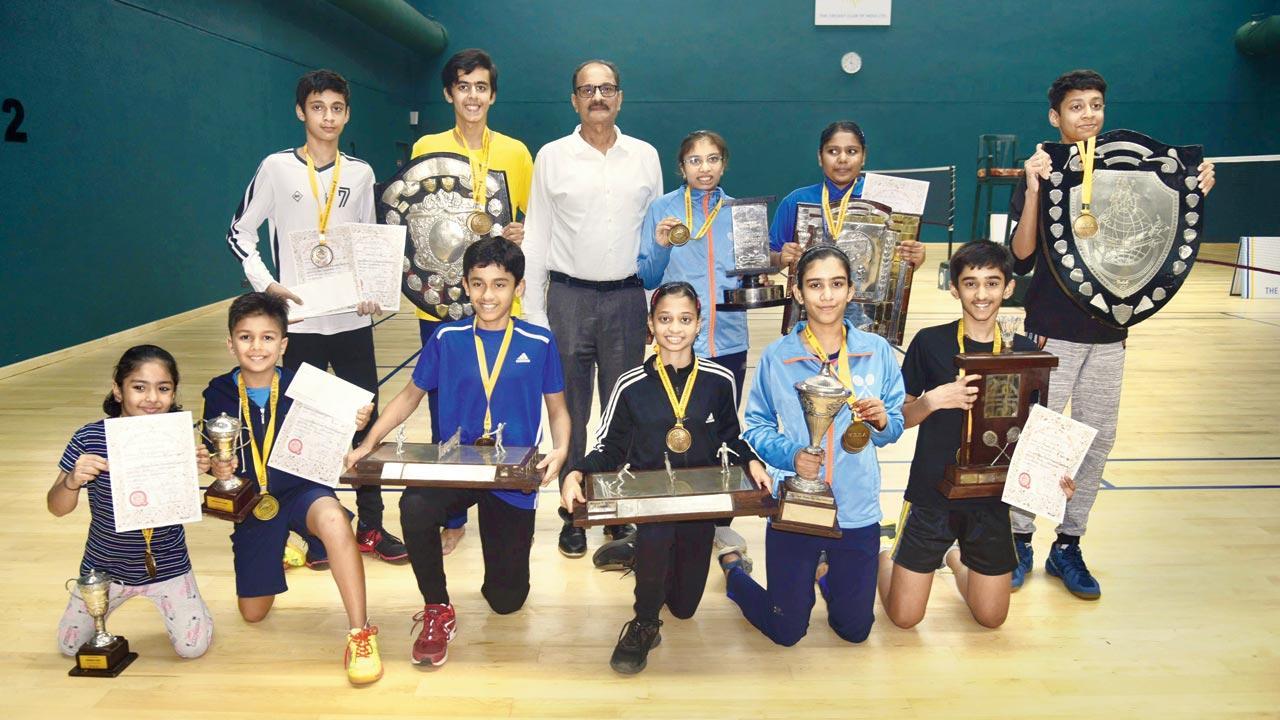 Winners of various age categories in MSSA inter-school badminton tournament with their medals, certificates and trophies at the Cricket Club of India’s badminton courts on Wednesday. Pic/Atul Kamble

In the first game, Aryan was leading 14-4. Later, Arnav won a point but with Aryan’s fine placements and power shots he did not allow his opponent to claw back and won the first game without breaking into sweat. In the second game, Arnav tried to change his game plan, but the closest he managed to come was 6-9. On the other hand, Aryan kept winning two or three points at regular intervals to ensure he pocketed the second game 21-12 in his favour.

In the girls U-16 final, Ananya Shah of Dhirubhai Ambani International (BKC) gave a tough fight to Nirmitee before going down 19-21, 14-21.

U-14 joy for Harshit, Ketaki