Panghal won one of the two boxing finals that featured Indians in the morning session of the penultimate day of 2022 CWG. He beat Englishman, Kieran MacDonald 5-0 in an unanimous decision 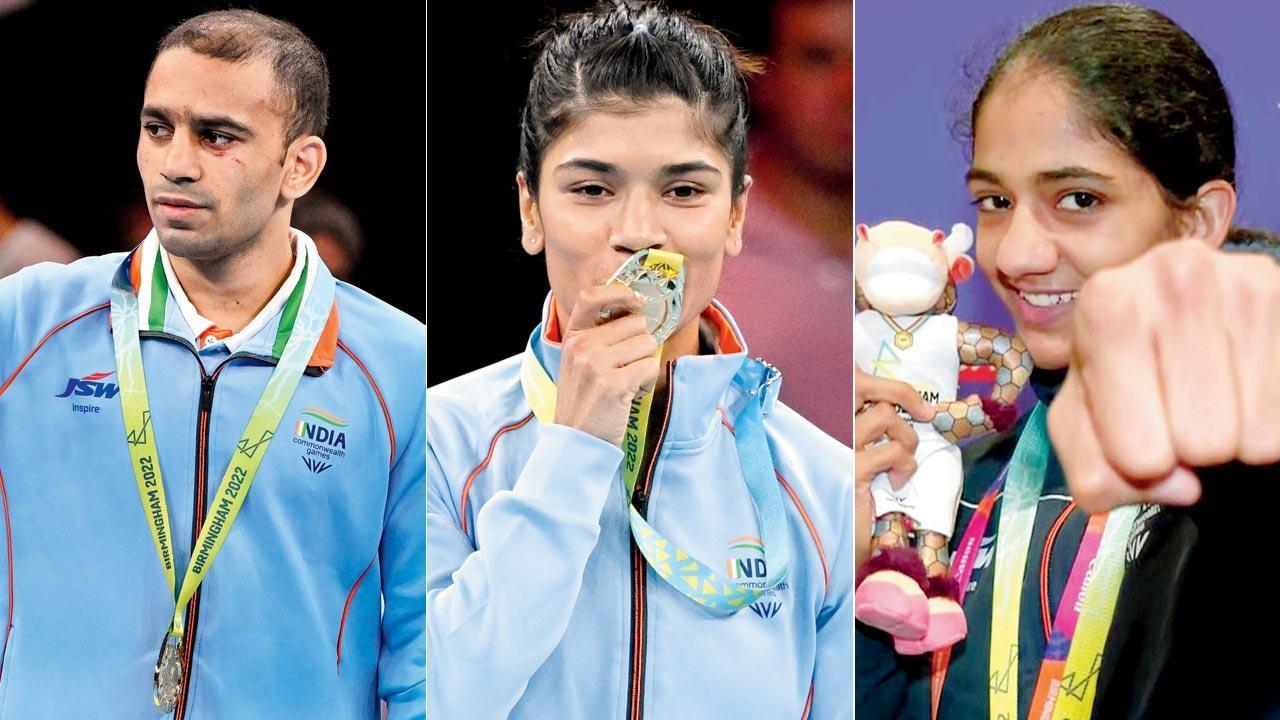 
At 26, Amit Panghal, is maturing into a top boxer who can put India on the world map by winning more medals at the Olympic Games and World Championships. Panghal, the 2018 Asian Games champion, added a CWG gold to his collection that also has a World Championships silver. His early exit in the Tokyo Olympics was a shock as he had been ranked World No.1 just before that.

Panghal won one of the two boxing finals that featured Indians in the morning session of the penultimate day of 2022 CWG. He beat Englishman, Kieran MacDonald 5-0 in an unanimous decision. That was India’s second boxing gold after Nitu Ghanghas (women’s 48 kg) won the first here with ease. Nitu, 21, a two-time Youth world champion, who was making her CWG debut, clinched a unanimous 5-0 win over Demie-Jade Resztan of England.

Later, Nikhat Zareen lived up to her top billing as the odds-on favourite to win the gold medal in the 48-50 kg category. She beat Carly McNaul  of Northern Ireland in a unanimous decision to give India its third boxing gold here. Nikhat, winner of the World Championships in Istanbul this year, dominated the bout from the start and the win seemed a foregone conclusion. Nikhat is one of the only two Indian boxers to have won a World Championship gold outside India—the first being MC Mary Kom.

Also Read: I am still only 70-80 per cent: CWG gold medallist Bajrang Punia

Panghal lost the 2018 CWG final to England’s Galai Yafai, a local Birmingham boy, who even promoted the 2022 CWG through its posters. Galai won the Tokyo Olympic Games gold and is focussed on pro boxing. “This has avenged my final loss in Australia. I knew it would be very testing because I was fighting an Englishman in England, but the judges were fair and accurate. I was devastated when I lost four years ago so this makes me happy. I got my tactics just right in the final,” said Panghal, an army man, who hails from Rohtak, Haryana.

On his final bout, Panghal said: “He was taller than me so I had to be more aggressive and get inside his arms. My coaches did a great job because we worked out how to win and I did it in the ring. I did enough to win the first two rounds. I thought he probably won the last round, but I was too far ahead by then.”

Earlier, Nitu, trying to fit into the shoes of the much-decorated Mary Kom, ensured India won gold in this category at the second successive CWG. “My parents have been my inspiration and my gold medal is for them. This will make my village so happy and proud.”