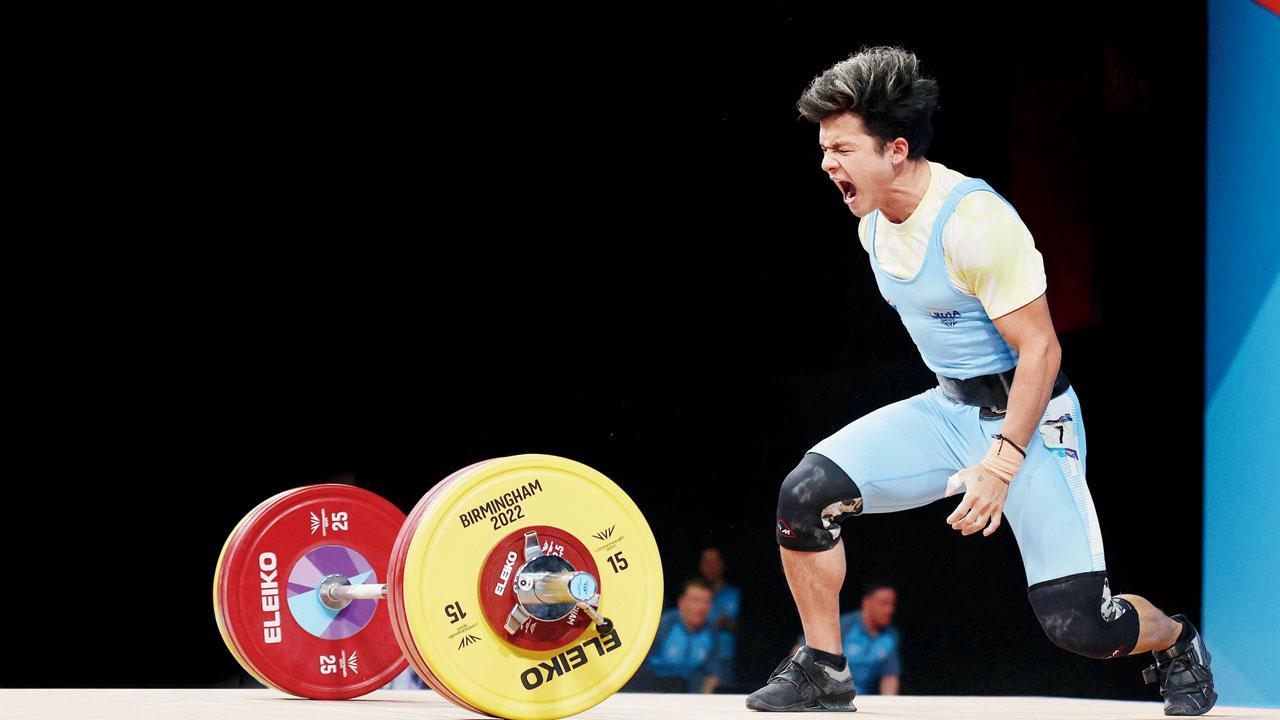 
After Manipuri twins, Mirabai Chanu and Bindiyarani Sorokhaibam on the first day of the weightlifting, it was Mizoram’s young superstar, Jeremy Lalrinnunga, 19, who took centre stage and added a second gold to India’s tally at the 22nd Commonwealth Games. His success in the men’s 67kg category meant a fifth medal for India in as many weight categories.

Interestingly, Jeremy fought cramps and tightness and almost had an injury scare en route to his gold medal show. “After I failed the last [C&J] lift, I cried a lot and asked the coach [Vijay Sharma] ‘medal aya ki nahin?’ [Did we get a medal]. The coach told me ‘gold hai hamara’ [Gold is ours] and that soothed my nerves,” said Jeremy moments after his victory.

‘I was unable to walk’

Speaking of his pain before the gain, he said: “Till the Snatch, I was going well, but suddenly I developed muscle cramps in Clean & Jerk. Maybe, because of that, I was unable to walk, but the coach egged me on.” The intense competition reduced the Indian strongman to tears. “When my opponent went for 174kg, I just completely blanked out. I was clueless about what was going on around me. I cried a lot. My coach managed all my weights and ensured that I landed the medal safely. He was very good at calculating and ensured there was no self-doubts,” said Jeremy, whose 300 kg total (140 kg plus 160kg) fetched him and India the gold. The reigning 2018 Youth Olympics champion also set a new Games record in the bargain.

Also Read: I am very happy with my performance: Bindyarani Devi

Vaipava Ioane Nevo, who was unable to leave his country, Samoa, throughout the Covid-19 phase due to the restrictions, failed at 174kg after hoisting 166kg following a 127kg in Snatch. A successful 174kg lift would have given him the gold at 301kg. Nigeria’s Edidiong Joseph Umofia clinched the bronze with 290kg (130kg plus 160kg).

Next Story : Winning this gold medal was easy: Mirabai Chanu