On Saturday, India started on a negative note as the doubles pair of Reeth Tennison and Sreeja Akula went down 7-11, 6-11, 11-5, 6-11 to Malaysia's Karen Lyne and Li Sian Alice Chang 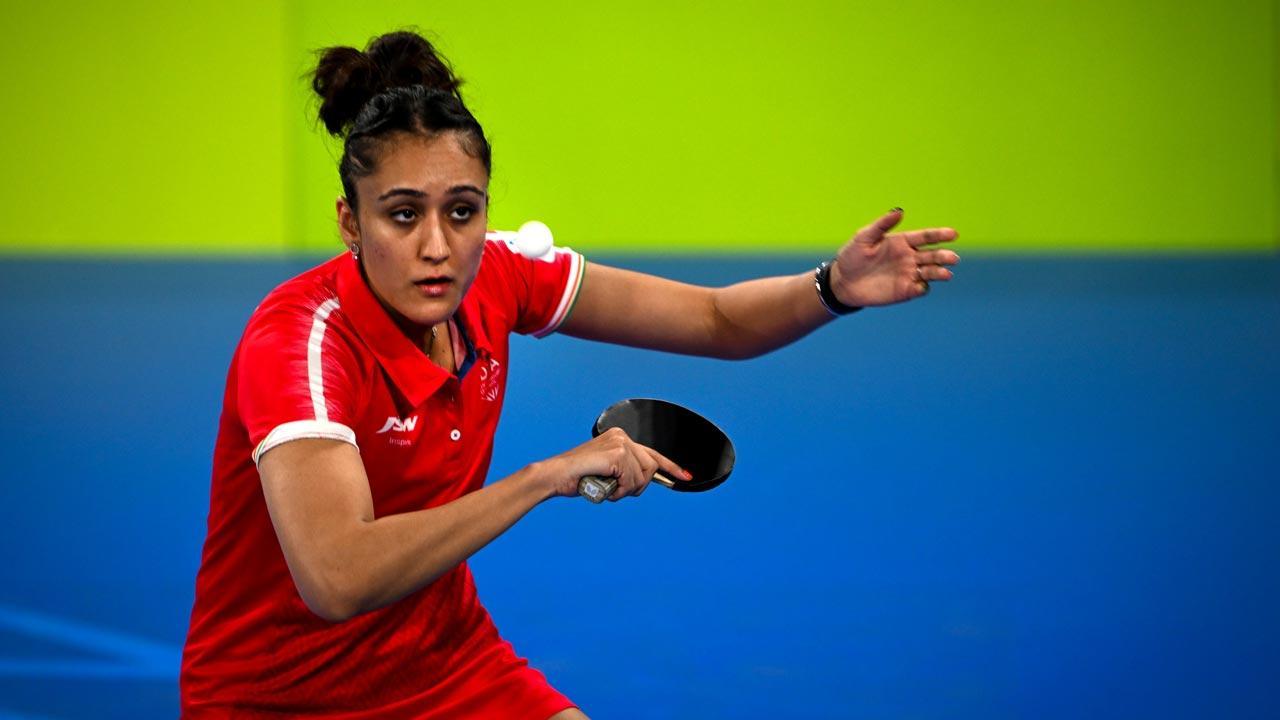 
India's hopes of retaining the women's team gold medal they won four years ago ended on Saturday with the team led by golden girl Manika Batra crashing out 3-2 to Malaysia in the quarterfinals at the Commonwealth Games 2022 here on Saturday.

The Indian team had three young players besides the experienced Manika Batra, the highest-ranked women's table tennis player in the country, who found the going tough against the Malaysians in a match played at NEC Table Tennis Show Court 1 on Saturday. Indecently, the Indians had defeated Malaysia 3-0 while surging to the gold medal win in 2018.

On Saturday, India started on a negative note as the doubles pair of Reeth Tennison and Sreeja Akula went down 7-11, 6-11, 11-5, 6-11 to Malaysia's Karen Lyne and Li Sian Alice Chang.

Manika, ranked 41st in the world, pulled India level, though she struggled to score a narrow 3-2 win against Malaysia's 556th ranked Ho Ying, faltering to lose a two-game advantage before winning the fifth game for an 11-3, 11-5, 8-11, 9-11, 11-3 win. The Indian star seems to lose focus after taking a 2-0 lead and lost the next two games before scraping through to victory. Four years back, Manika had defeated the same player 3-0.

Sreeja then won the second singles against Li Sian Alica Chang in straight games to give India 2-1 lead, beating the Malaysian player 11-6, 11-6, 11-9. However, the big shocker came for India when it looked like Manika will win her match against Karen Lyne and take India into the semifinals, she lost to her lower-ranked Malaysian opponent in straight games, going down 6-11, 3-11, 8-11 as the scores were level 2-2.

It all came down to Reeth Tennison to win the match against Ho Ying in the fifth rubber but the 26-year-old Indian went down 3-2 in the decider, as India crashed out in dramatic fashion. Reeth had won the first game 12-10 but went down 8-11 in the second. She won the third game 6-11 but the Malaysian fought back once again, winning the fourth game 11-9. Reeth put up a superb fight in the fifth and deciding game but lost out 9-11 to end as India's campaign ended on a disappointing note.

The Indian players will now get a couple of days rest to prepare for the individual events in which Manika Batra had won the gold medal four years ago in Gold Coast. She will also compete in women's doubles with Reeth and mixed doubles with G. Sathiyan.