I was quite emotional: Novak Djokovic

However, Safiullin, the World No. 104 bidding to make an ATP final for the first time, was far more competitive in the second set. He had two break points which Djokovic saved in the sixth game 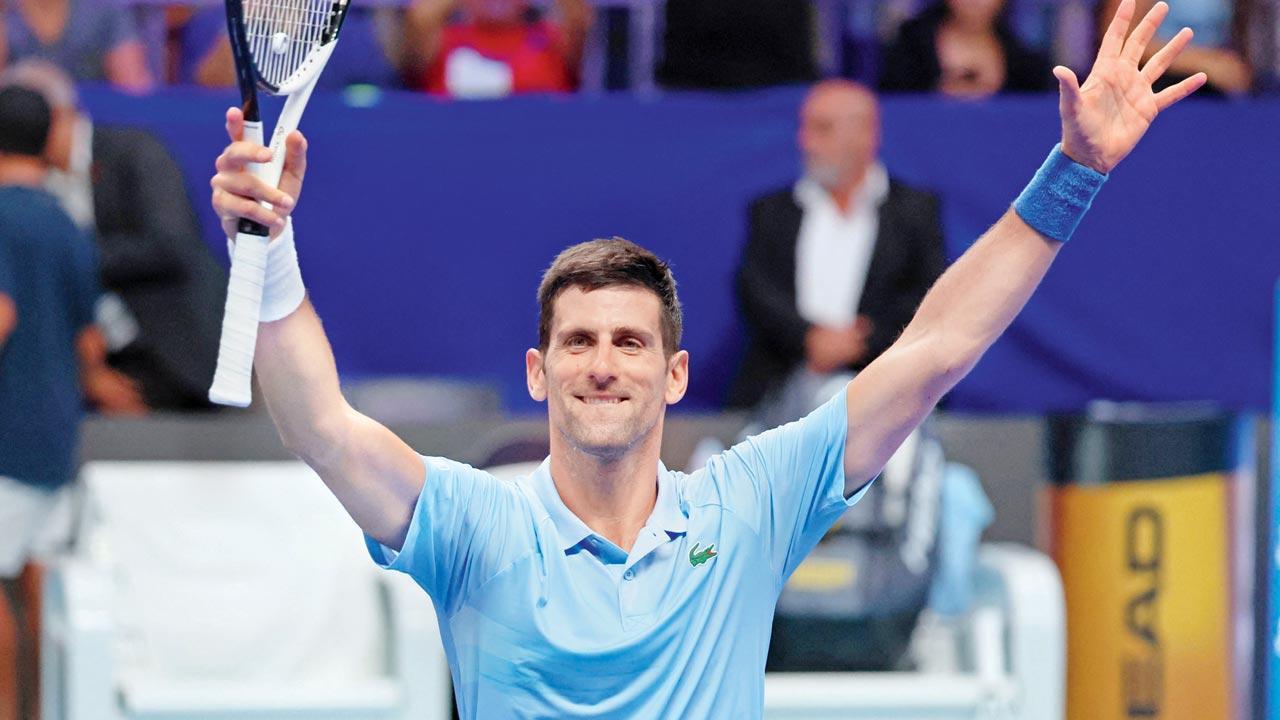 Serbia’s Novak Djokovic after winning the semi-final against Russia’s Roman Safiullin in Israel on Saturday. Pic/AFP


Novak Djokovic said he felt “quite emotional” after reaching his fourth final of 2022 on Saturday with a straight-sets win over Roman Safiullin in the Tel Aviv semi-finals.

Djokovic, 35, triumphed 6-1, 7-6 (7/3) and will look to win his third title of the season, and 89th of his career, when he tackles Croatia’s Marin Cilic in Sunday’s final. Former US Open champion Cilic defeated 68th-ranked Constant Lestienne of France 7-5, 6-3 in his semi-final having trailed 2-5 in the first set. “I think it was a very competitive match, especially in the second set,” said Djokovic after reaching his 127th final.

“I must say I was quite emotional on the court today in the second set, there was a lot of tension, and that was also due to his aggressive style of tennis. Big serves, and when he has time, he’s so solid from the forehand and backhand corner.”
Former World No.1 Djokovic raced to a 5-0 lead on his way to capturing the opening set in just 23 minutes without facing a break point.

However, Safiullin, the World No. 104 bidding to make an ATP final for the first time, was far more competitive in the second set. He had two break points which Djokovic saved in the sixth game.