Jannekke Schopman: Podium dream is on

India women’s hockey coach Janneke Schopman believes team’s ability to bounce back from tough situations should result in a good performance at World Cup, beginning in The Netherlands on Friday 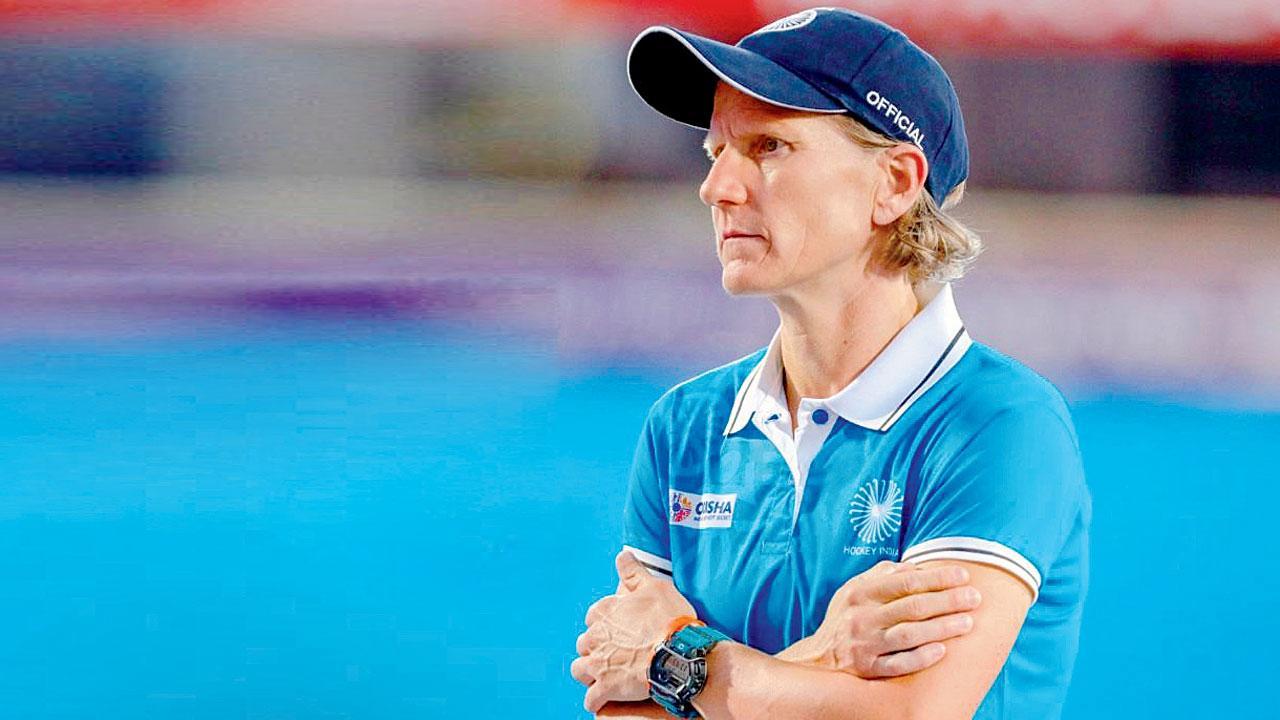 
The India’s women’s hockey team had a dream run at the Tokyo Olympics last year, reaching the semi-finals and eventually finishing fourth after losing 3-4 to England in the bronze medal match. Interestingly, they play England in their first group match of the World Cup (July 1-17) in The Netherlands on Sunday, and coach Jannekke Schopman is hoping it’s the start of yet another dream performance.

“I always talk about dream goals and a podium finish would be amazing, but having said that, there are at least 10 teams who can finish on the podium at this World Cup. Our group is very strong. England [World No. 4] are a very good team in attack. We struggled in both the games against them in Tokyo. I hope we can put up a better defence than we did. China are our Asian rivals and New Zealand are an unknown quantity, who tend to do well in big events,” Schopman told mid-day on Tuesday, analysing India’s Group B in the 16-team tournament.

The recent FIH Pro League proved that the World No.8 Indian team are one of the most inconsistent teams on the circuit, but Schopman felt her team’s ability to bounce back after a bad match is what makes them special. “At the Pro League, we struggled against [World No.5] Belgium [losing 1-2 and 0-5], but learnt from that quickly and played well against a good team like [No.2] Argentina [winning the first game 2-1 before losing the second narrowly 2-3]. So, in a way, it’s a good thing those defeats [to Belgium] happened so close to the World Cup as it showed we can bounce back. This Indian team are at a development stage, so their consistency will not be as good as that of the Top 3 teams. We can beat any of the top teams, but it will take time for us to do that on a consistent basis,” added Schopman.

Team India will be without their star striker Rani Rampal, who is yet to recover from injury, but Schopman is relying on the good form of goalkeeper Savita Punia and forward Deep Grace Ekka.

Also Read: ‘Hurdles made me strong’

“Savita is a very experienced goalkeeper. She’s always interacting with the younger players in the team and even involves some of the seniors like Grace, Sushila [Chanu], Vandana [Katariya] and Navnit [Kaur] to share their knowledge with them. Grace is doing well up front and has scored a lot of goals for us lately. I’m very happy she is performing well. She does not need to take any pressure and just enjoy what she’s doing, and she can be a very good player for us here,” concluded Schopman.