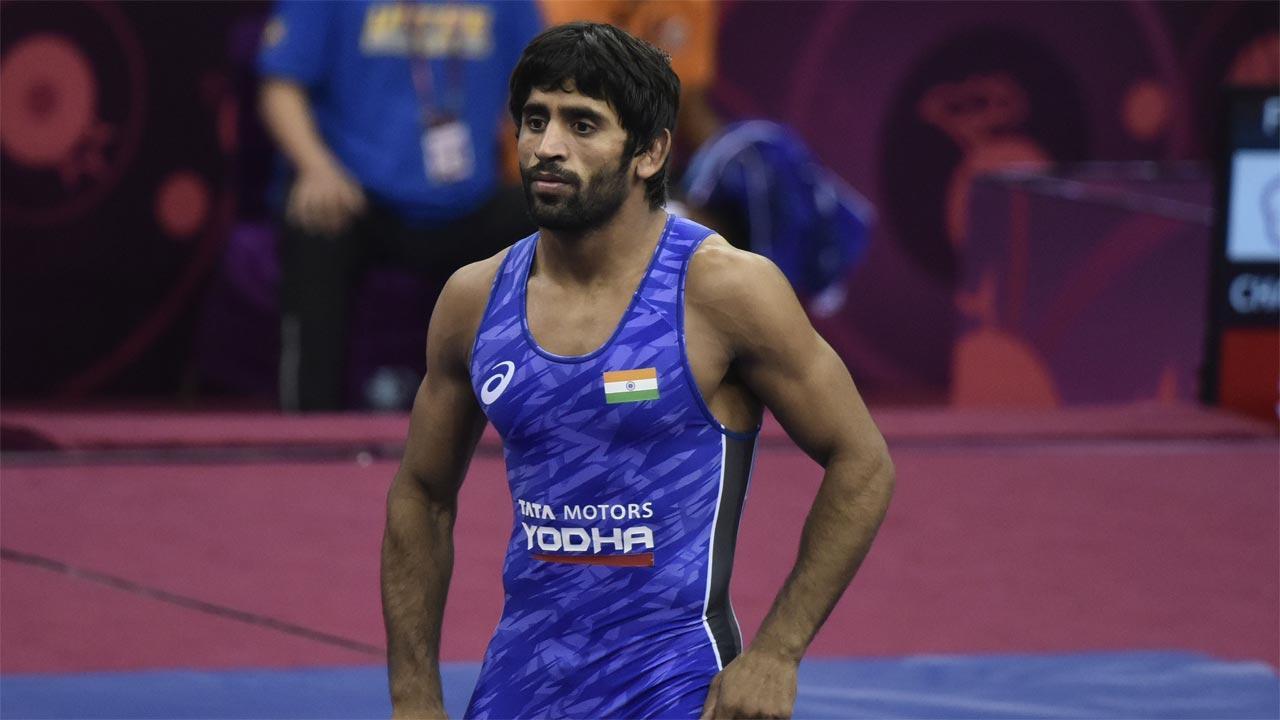 
India wrestler Bajrang Punia, 28, has won medals in almost all international competitions including the World Championships and the Olympics, where competition is at its peak. Comparatively, the Commonwealth Games (CWG) do not offer as much intense competition, but that does not mean the Tokyo Olympics bronze medal-winning grappler will take it easy at the upcoming CWG (July 28 to August 8 in Birmingham, England).

"It is true that the level of competition at the CWG is not high as compared to some of the other leading events, but I cannot afford to take the CWG lightly because, let's not forget, I did finish second in the 2014 edition," Bajrang said during a virtual media organised by the Sports Authority of India (SAI) media. Bajrang, the reigning CWG gold medallist (he won gold at the 2018 CWG in Gold Coast Australia), had lost in the final of the 2014 CWG in Glasgow, Scotland.

Also Read: Mirabai Chanu: Will compete with myself at Commonwealth Games

Last year, though, the Olympic medal was a high point, the 65kg grappler also suffered an injury and was in rehabilitation for around eight months after the Tokyo Games. Currently, however, he insists that he is fully fit and can't wait to step onto the mat in Birmingham. "2023 is a very important year because it precedes the 2024 Paris Olympics so there will be the Olympic qualifiers next year. The idea is to qualify for the Olympics as early as possible, so that I get more time to prepare for the Paris Games. Also, there is the Asian Games and the World Championships next year and they are important events too. So, presently I'm looking at this CWG as a start and let's hope it's a good start that keeps me in good stead for next year," he added.

Next Story : Wimbledon: Emma Raducanu starts campaign with a win