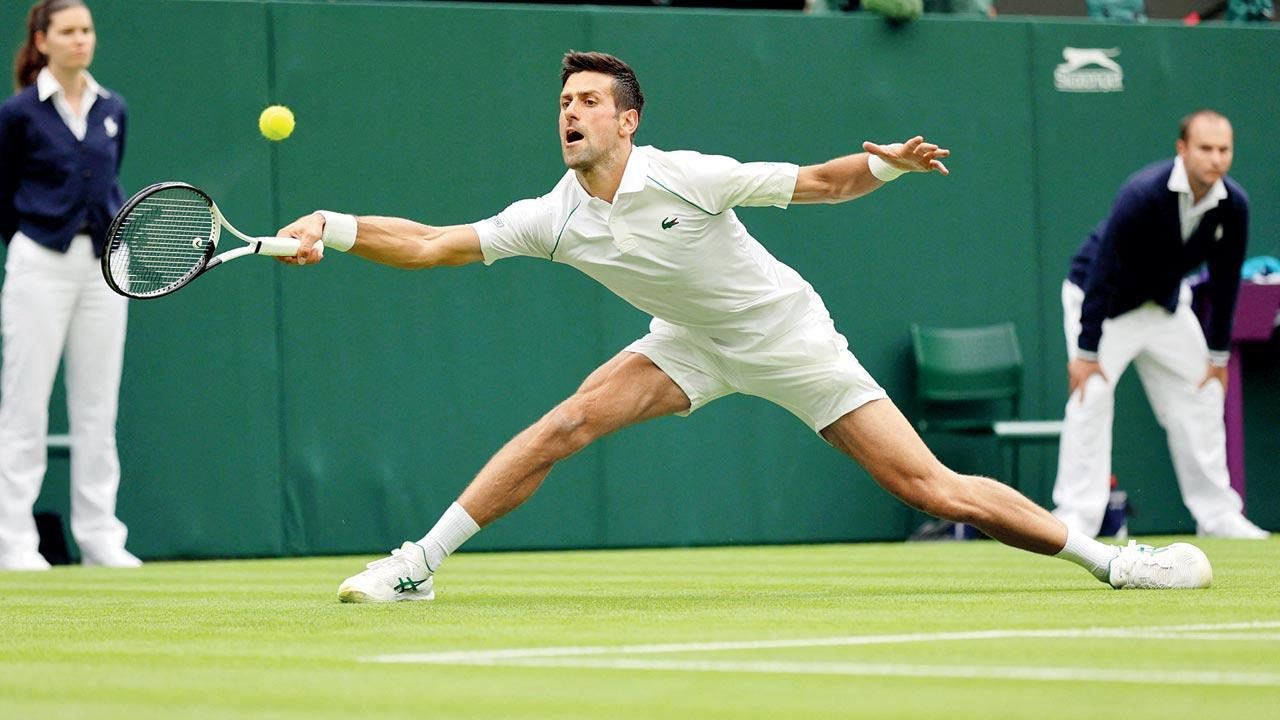 Serbia’s Novak Djokovic stretches as he returns to South Korea’s Kwon Soon-woo during their first-round match on Day One at Wimbledon in London yesterday. Pics/AFP


Defending champion Novak Djokovic of Serbia overcame a scare to notch up a record 80th Wimbledon win on Monday with a hardfought four-sets victory over Kwon Soon-woo of South Korea.

Six-time champion Djokovic triumphed 6-3, 3-6, 6-3, 6-4 under the Centre Court roof. However, the top seed was made to work hard after falling a break down in the opening two sets against his 81st-ranked opponent—losing the second of those. 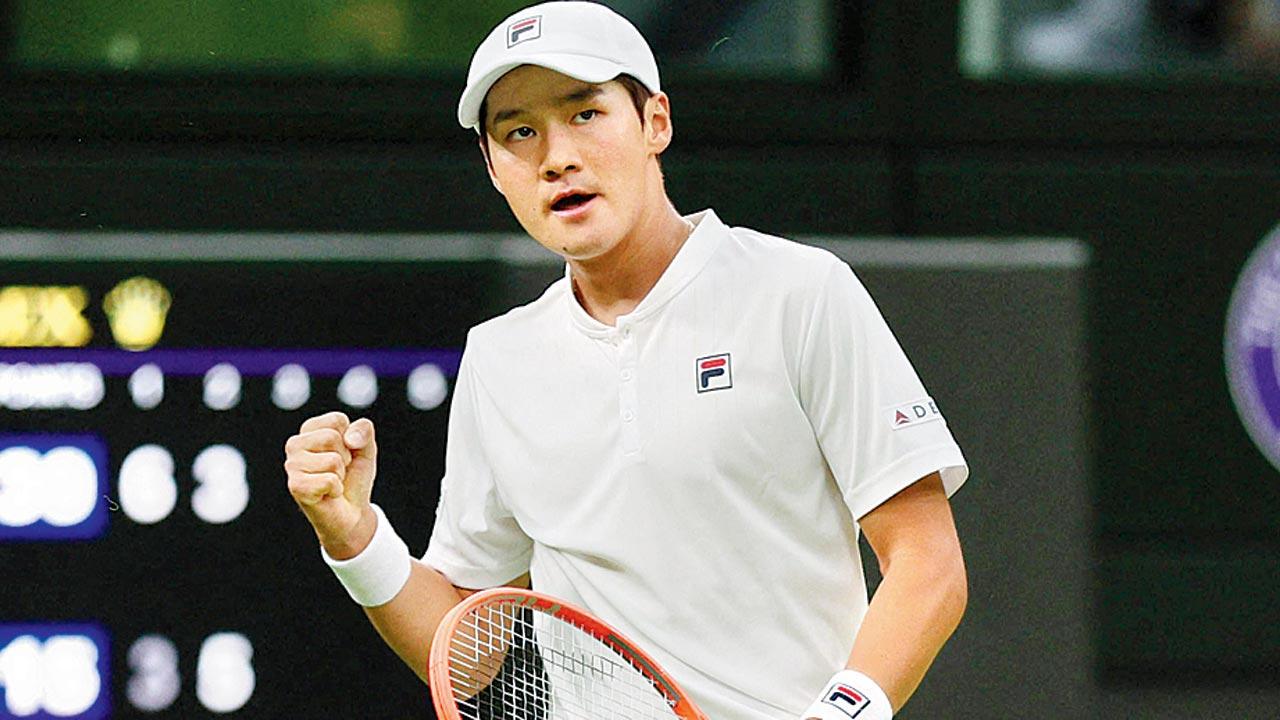 Djokovic becomes the first tennis player, man or woman, to record 80 singles wins at all four Grand Slam tournaments. “Now we have got to 80, let’s get to 100,” said Djokovic, a 20-time Grand Slam title winner.

“I didn’t play any lead-up tournaments before Wimbledon so you always feel less comfortable. Kwon stays close to the lines, hits clean forehands and backhands so I had to find a way to go through him. That meant figuring out tactically how to get control of the points,” he added.

Djokovic will face either Australia’s Thanasi Kokkinakis or Poland’s Kamil Majchrzak for a place in the last 32.